Natural Stride and Resurrection Signet in place of Serpent's Quickness and Dodge should do the trick. And two major runes is not recommended.- New meta is the Chewbacca Defence 22:37, 20 July 2007 (CEST)

If you only have a single interrupt, i'd suggest disrupting shot. This build might encounter energy problems if you use too much skills like screaming shot and try to maintain apply poison at all times.

Yeh, I created back on GWiki, it got unfavored (I know, I know..), and was wiped here. Build:R/Mo BHA Utility. I prefer to run BHA with Shadow Walk instead of MT, and cancel it with NS (similar to a spike, and BHA never misses from adjacent distance), but that's what people run. Let an admin know if you want it restored. -

I think this build can be great just replace the running stance in res signet and use a shortbow if you want the bleeding if not i will preffer other bow skill.

the problem with BHA and screaming is the recharge times which means once the conditions are removed theyre gone for a while. i see youve adressed that with serpents quickness, which is good for as long as it lasts, though you may want to cancel it before it expires ie. if you need to block or run away. that said daze is a hard thing to come by and this is a good attempt to use it well SpaceBiscuit 08:25am 28 July 2007 (AEST)

To Krowman's vote:The only time that is a problem is in GvG, when people are smart enough to move. In both TA, and Ra especially, Monks will stand still while you take aim ;). Readem (talk*pvxcontribs) 07:16, 30 July 2007 (CEST)

Shadow Walk is better than all them. I see Skak added it as a variant, so I guess I'll delete the BHA build I had in my user space until recently. -

What's the purpose of being a Monk in this build? Mending touch doesn't have synergy with any other ranger skill in the buid itself.

It's simply a better condition removal then most of the other options, such as Antidote Signet, Signet of Malice, or Remedy Signet. Mending Touch removes two conditions, and despite not being a Signet, it is a touch spell, so it's affected by Expertise, making it cheap for Rangers.
Just a note... has anyone else noticed how this build runs the exact same skills and attribute levels as the current popular Burning Arrow build? And they both came into being at around the same time. I get the feeling that someone just decided to change the Elite once and found out that the build worked just as well... not complaining, just thought it was a funny thing to note. :D --

Jioruji Derako.> 17:49, 4 August 2007 (CEST)— The preceding comment was brought to you by the leetness of Jioruji Derako. a.k.a. u got served. Nova did not write this comment.

That is simply that absolute best bar for a PvP ranger atm. Mending touch is affected by expertise. Great utils, and ints, and condition cover through apply. Just great synergy that's all. Readem (talk*pvxcontribs) 18:05, 4 August 2007 (CEST)

FYI, works great with Prepared Shot as the elite too, hehe. Just switch out Distracting Shot for Screaming Shot, since you'll have plenty of extra energy to spam it with. --

I use Prepared Shot for PvE anyway... I rarely need the extra energy in PvP. Against the average mob, DShot isn't all that important. Disabling a skill for twenty seconds does me now good when that monster's going to die in ten seconds. :D
But of course, for higher level areas or PvP, DShot's a good skill to have. Savage Shot and DShot are always interchangeable skills as singletons, as well. --

This is a clone of the burning arrow ranger and mending cripshot builds, we should just find the majority favorite and put the other two as variants, since it's only an elite different on each one.--Daniel Rendat 23:19, 9 August 2007 (CEST)

Great comment there Edru, filled with your reasons of disagreeing with him. At first when i assume that only the burning arrow and broad head arrow builds were the same i didn't think much of it, but after realising that three builds were identical excluding one skill i changed my mind. We have dismissed many builds to becoming variants for just having a few skills in common. I am for taking the most popular build and adding the other elites as variants. Azulaarance 18:23, 28 December 2007 (EST)

This matter has been discussed and shot down too many times to count. Shadowsin already tried to make one: it failed.

If that does not satisfy you, I will repeat it again: skill bars often contain common skills because those skills offer the best combination of utility and overall effectiveness to whatever elite they are matched with. What makes a Burning Arrow Ranger different from a Broad Head Arrow Ranger is not their elite skill, but their purpose and usage. One applies pressure to the opposing team; the other assists in ganking. If we were to combine all builds with the same set of common skills, we would have one Warrior build using Frenzy + Rush + Bull's Strike; one Paragon build with Aggressive Refrain + Anthem of Flame + "Go for the Eyes!"; one Monk build with Spirit Bond + Shield of Absorption + Gift of Health + Reversal of Fortune; and so on. Builds distinguish themselves in purpose, usage and skills. --

IMO the builds should be put together just as PvP domination mesmer builds are. Different playstyle... so what? Base is always the same. @edit - OK, they are not... but they were xDKravcio 07:56, 3 July 2008 (EDT)

That opinion isn't shared by the majority of PvX. The majority agrees with Scotty's comment above. - PANIC!

MT is too good. In a GvG the mesmer would have a hard resurrect anyway, and without FC it's just too easy to interrupt. Tycn 15:03, 8 September 2007 (CEST)

And a mesmer casting res chant for 4 secs isn't easy to interrupt? <_<

It could work, covers and degen spreading are more important though. In TA/GvG a warrior would be whacking on a monk, anyway. Tycn 08:21, 30 September 2007 (CEST)

AP > all imo, just run up to the target. problem solved.

Or you could just either BHA snared targets or just run up next to the target instead of losing MTouch awesomeness for a lazier BHA every 30 seconds. That said, Shadow Walk may be better for TA. --Edru viransu//QQ about me/sysop 00:38, 26 November 2007 (CET)

These are all of the same builds and should be merged explaining the different variances with the elite skills for the different playing styles.

it's run in condiway occasionally (although usually not over a trapper). — Skadiddly[슴Mc슴]Diddles 15:37, 2 January 2008 (EST)
Perfectly viable in appropriate metas, according to top players and theorycraft. Was meta in Eurohex for a while. --— Edru/QQ 15:40, 2 January 2008 (EST)

But Apply Poison is so much better pressure. -- Armond Warblade

No reason not to have Apply Poison, really. --

Should be noted that this build runs just as effectively with 13 Expertise, as BHA will cost 7 energy either way. This gives enough points to up Marksmanship one, to 11, allowing Dazed to be 100% constant, or one higher rank in Wilderness Survival, making Poison last one second longer. Either way, can't hurt, since the only difference this would make on the build is increasing Savage Shot to cost one more energy...--69.157.64.199 23:31, 3 March 2008 (EST)

Slightly, since you usually run Radiant instead of Survivor on the ranger anyways. But Major might be good here in any case. — Rapta

Well, major might make it necessary to run slightly less max energy, but really, your survivability as a ranger is incredible just with nat stride and mtouch. Interrupts make you even more problematic to kill. Extra health is comparatively unimportant for a ranger except against certain spikes. — Edru/QQ 21:08, 4 March 2008 (EST)

Yes, but keep in mind that running BHA means you can't Cripshot and run. — Rapta

But you can still run Pin Down, but AP + BHA is already really energy intense. At 15, you'd also save 1 energy about every 10 seconds from AP and BHA. On a different note, for RA/CM/AB isn't Charm Animal a typical variant? It helps keep the target from casting and lets you spread/interrupt others more.--JenniferBelle 17:15, 21 March 2008 (EDT)

I was perusing the RA war builds and found 3 builds that are exactly the same except for extremely minor changes and in defense of the builds, an insightful user said that ranger builds were the same way, and he's correct! This BHA build, Magebane, and the Burning arrow build are one and the same. The bars are *exactly* the same with the exception of the magebane build having an optional slot instead of savage shot and their elites, which are not that different. Burning is simply extra damage and degen on top of poison -> not much need of a whole extra page for usage there. The BHA build is the same way, where BHA is simply a condition-spam skill, teaching how to cover conditions and understanding the arc of BHA also can be done in a variant. Finally, the magebane shot build is the other two, but even more simplified! It takes savage shot and replaces it with a better interrupt, but with the same usage. There you have it, so please, somebody either put these builds together, tell me how i'm wrong, or make them different! --71.202.97.206 03:25, 28 April 2008 (EDT) 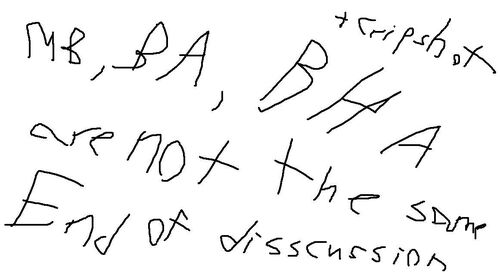 Epic failure as noted on the image's discussion page. — Rapta

No, mending touch is too good and enemy casters don't generally stand next to each other anyway. -- Armond Warblade

Then that sacrifices Troll Unguent, which is also too good to be thrown away. It also doesn't address the point that casters rarely stand next to each other, so Epidemic is not a useful skill. --

How about the fact it has a PvE tag aswell. Dont you think epidemic is more usefull in PvE. O and Just a sugestion why not take ebon vengard sin and volly instead of savage and volly for aplly poison for PvE of corse --Shavalon slayer 05:55, 9 December 2008 (EST)

I have no idea what you just said. Could you rephrase that? --

There's no "X is better than Y" between those skills. It's user preference. — Rapta

How about forget BHA?

-Concussion Shot any caster, immediately followed by a Prep Shot to regain energy

-Pin down to snare kites or to help you kite

-You could switch out Savage Shot for Needling Shot

-I prefer to run this, as Concussion shot has a much less chance of missing compared to BHA...

@ Mike, good fucking luck rupting fast cast mesmers and 40/40 casters with a plethora of 1/4th cast spells to fuck you right up [unless you're a bot-rupt-macro-using shitter like most GvGers who've already been caught, documented and reported to Anet]. --BlazingBurdy 15:04, January 22, 2010 (UTC)

Blazing, the comment you just replied to is almost 2 years old. Karate

Retrieved from "https://pvx.fandom.com/wiki/Archive_talk:R/Mo_Broad_Head_Arrow_Ranger?oldid=1112200"
Community content is available under CC-BY-NC-SA 2.5 unless otherwise noted.