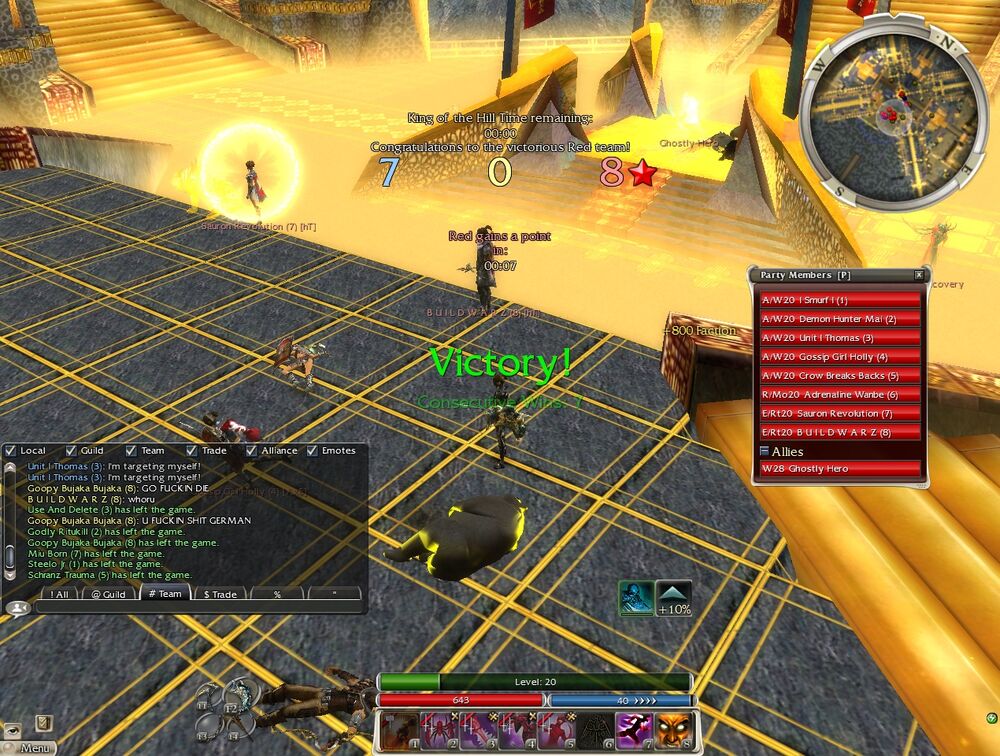 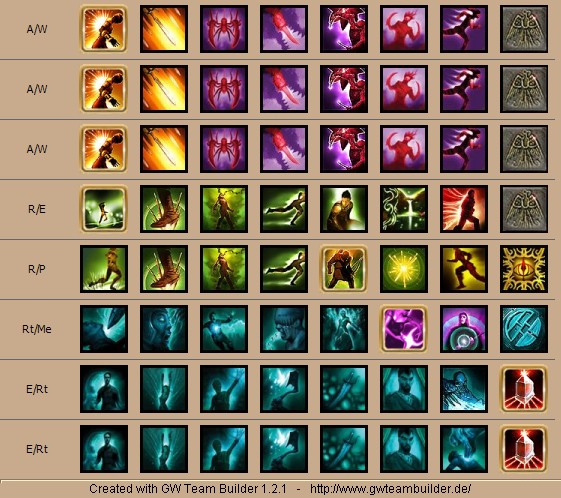 Anything with good players beats everything really, unless you go so gimmicky there are some teams you actually cannot beat cuz buildwars. Reunion 16:04, 5 June 2009 (UTC)

That was pretty funny.

I still think smite hex was better than shatter hex(ouch 15 energy), though, although that would need spec in smiting.

That's what rawr did, but I got the feeling he still ran out of energy.

Retrieved from "https://pvx.fandom.com/wiki/Archive_talk:Team_-_Triple_BB_Sway?oldid=908215"
Community content is available under CC-BY-NC-SA 2.5 unless otherwise noted.