I'm sorry, I'll make sure and do that next time, but honestly, Frosty is right. All of the votes need to be re-thought because they all DIDN'T READ THE BUILD....except for Frosty. Karate Jesus 18:04, 31 July 2008 (EDT)

Karate, What about this =

Frenzy? No or Yes?

Frenzy is fine, but the build still isn't great. None Shall Pass is kind of a crappy skill really and there are a lot of KD hammer builds that do more damage and heal easier. Sorry bud. Karate Jesus 20:23, 12 August 2008 (EDT)

Don't break RV1. You've reapplied your voting with near-exact reasoning twice despite a BM removing it with true reasoning. --

Then you will get banned and can't vote. Since you've clearly disregarded my warning, time to go to Admin noticeboard. --

^. So, I'm the kettle and you're the pot then? Continue disregarding general policy and you'll receive a ban. It's ONE build. Just because you like it doesn't mean an entire Wiki bows down to your favor. --

Look, I'm not trying to bend anyone to my favor. And I wasn't trying to piss all of you off. I was just trying to give the build the rating I felt it deserved - Fair. Ok? I didn't mean to attack you GoD, sorry about that. I just want to see less elitism on pvxwiki (by which I mean people voting it great just because their buddy made the build) and more fair representation of what the builds actually are. I don't know the author of this build, and the build isn't great, but I still think it deserves a fair rating. Karate Jesus 10:42, 13 August 2008 (EDT)

Some People care about the principle of the matter. I'd have to agree that vetting on PvX seems to be really harsh (very few builds should ever get 0-0-0 in my opinion). If vetters and admins weren't so black-or-white in their judging you'd probably see alot more diverse builds on PvX which would lead to more diverse builds in GW which would lead to people experimenting and creating even more, new, fun builds. Then maybe we'll see something new in the meta.ComfortOsprey 10:51, 13 August 2008 (EDT)

And I'm one of those people. I would love to see more diversity in GW builds. And for a lot of people who make builds in-game, this is the starting place for ideas. But when they have an idea that's not represented here, they assume it can't work. I'd like to see more fun/do-able ideas, instead of cookie-cutter imba builds. Making builds can be fun, you know? Karate Jesus 10:54, 13 August 2008 (EDT)

PvX hardly writes the meta. You don't see Tommy on here, Ensign had like 3 contribs and never showed up again. We simply whore Obs mode and write down what we see to share it with others. Vetting is far from black-and-white. If it was black-and-white, we would have 2 categories: Trash and Great. Nothing else. Instead, we have Trash, Other, Good, and Great. 4 categories to rate effectiveness. One opinion doesn't outweight 7 opinions, that's a fact. If you find our vetting to be too "harsh" for you, perhaps a site with lower expectations would suit you. --

Haha, no thanks on the other site. But I get the point. I already apologized and I will continue to if I have to. I will vett closer to what the "pros" do from now on. I'll give something all 0's even if I don't think it deserves it, if it makes you guys happy. I'm just tired of being attacked. So, can we be done with the personal stuff now? Karate Jesus 11:02, 13 August 2008 (EDT)

You only think so because you rate differently from what people who know guild wars rate.--19pxAngelus(mcpiplup) 21:02, 13 August 2008 (EDT)

New Fast Cast Discord. Tell me what you think

SUPER LEET DMG BUILD! (which will kill your energy)

Now all you have to do is have someone cast GDW on you and you will officially be the baddest ass that has ever lived. If you're UBER SUPER 1337!!! then drop the rez (no real man uses rez anyway) and add some Favorable Winds.

First of all, don't edit mine, because it's in my userspace for a reason. Second, who the hell said it was an axe spike anyway?

I should've added a smiley or something, it's hard not too look really srs over the internet. Sorry if it looks harsh.

Jesus is a blue belt?

what aremor does you sin have, it looks awesome? Howe304

Bored out of my freaking mind. Also, what's with random people getting admin nominations? Karate Jesus

I need a non-shitty userpage

Anyone good at that kind of stuff? I tried using one of GoD's templates a while back, but I suck at doing that stuff. KarateJesus

Don't tell me you are straight edge... - Misery Is Friendly

And only one image per signature btw. - Misery Is Friendly

Is there some way to combine the images with the sig so I don't have to fuck with it?

Yea, I suck at wiki-ness though. How the hell do you do that?

Good call. I'm trying to think of something simple that doesn't look terrible. Idk, does this one even look decent? Or is it too gay?

You're not OCDing, it wasn't straight last time.

Yea, and it's a .png so it should be pretty decent quality (I saved it in photoshop on a higher quality too). I'll probably just make a new sig, I just haven't have time.

Haha, I will. Sorry, I've just been fucking around with names. Don't really know what I want yet. I'll let you know if I want it back. Good thing I can use an infinite number of IPs lol.

I know, but the size is weird. I need to completely re-do my sig, but I haven't had time. I'll try to mess with it tomorrow.

Technically, I think that size still violates the rules. I'll just delete the sig altogether tomorrow. I'm about to get off for tonight anyway.

It doesn't. It is exactly 19 pixels high.PikaFan

If U Seek Amy

Seriously, Britney Spears? Now you're just being a dirty whore.

I think the sig would look better if it didn't have the box tbh and it lined up properly...--

Does it not line up properly? it looks like it does on my comp. Karate Jesus

That's weird. Does anyone else see it lined up wrong? Karate Jesus

What about my new one? Does it line up?

Well, it lines up in FF so I'm assuming it doesn't line up in IE. Is there a way to make it line up in both?

Don't bother. It's not disruptive. It's like 1 pixel off. Think of it as a bonus that your sig irritates people with OCD. -

(Reset indent) Good call Don't. One of my friends had OCD as a kid and he had a hotwheel collection. It was so much fun to walk into his room and turn just one of their tires to the opposite direction. He used to freak out.....random story of the day.

>> that sig of yours bugs me, but i like your picture kinda like: (>^^(>O.*)> SURPRISE KIRBY BUTTSECKS --—Daɽkɘʃʂ ӍcÇɧɽiʂtmaʂmonǥɘɼ

Lol, awesome. If the sig bugs you, get FF like the cool kids.

Next governor of California? Bruce Willis

Omg...I think the update is real

What the hell was izzy thinking?

2 were removed to place builds in trash, 1 was removed, restored, and then removed again in an admin/bm battle.....awesome.

ill restore them for 10k a pop

Bitching? Who was bitching? I think it's awesome. 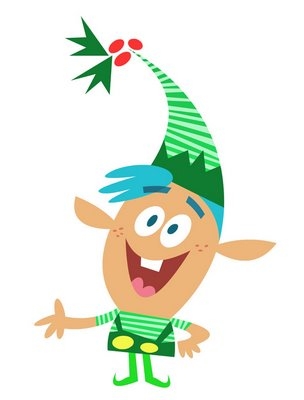 Aight, sorry dude. Just fucking around. Are you guys not going to ban him for being a sock? Karate Jesus

Read his last comment. He basically confessed to being Ulterion and he has done nothing but troll about himself since he came on. Karate Jesus

Lol, well it's not hard. I'm sure the admins would have caught on sooner or later and banned him again. I can't believe he's still trolling about his ban lol. Karate Jesus

But check his posts, they're all about Ulterion or are approving or disapproving of people's comments. Sounds like Ulterion to me. Karate Jesus

Not Ulterion, but his friend (living next door) and I have the privilege to use this site so long as I'm abiding by the rules (despite) my friend who trolled. So, let go of your spite towards him and learn to get along, k? thnx.. Still need to talk to admin about karate, though.. --Phoenicia1337 17:33, 28 December 2008 (EST)

(Reset indent) Oh, and I completely lied about tracing your IP. I have no idea how to do that. I just know that you're a dumbass and would admit to it if I told you I traced you. You're so full of crap, Ulterion. Karate Jesus

Aight, Brandnew. I'm done. Sorry to clog up the recent changes page. I just got really tired of Ulterion avoiding his ban, but I guess it'll happen one way or another. Karate Jesus

I will and I forgot that PvX:AGF is a policy now. Karate Jesus

Okay, reading comprehension time! Brandnew, scroll up a bit, please.. k, now lookie where it says something to the effect of "I'M NOT ULTERION". Now comprende? And for the record, I have done nothing more than ask a question on here. Pray tell what the rest consists of? --Phoenicia1337 18:06, 28 December 2008 (EST)

Socking is against the rules Ulterion. I posted you to the Admin Noticeboard. Make your case for not being a sock there, but remember that some of the admins do know how to trace IPs. And don't get mad at Brandnew, he was probably talking to me more. Karate Jesus

Retrieved from "https://pvx.fandom.com/wiki/User_talk:Karate_Jesus/Archive_2?oldid=784340"
Community content is available under CC-BY-NC-SA 2.5 unless otherwise noted.