Auron said to fail the old one and start a new one, so probably not.

This is already bullshit tbh. Shadowsin's entire comment is irrelevent because he thinks a)Teh guide was sooper srs and b)because he doesnt know LOD(Who has been one of the top PvE guilds in the game for the past three years, as well as being Guild of the Week). Then you have Apollo who's made 4 contributions in the last month and a half. Not really the best person to judge activeness. Life

Life, stop QQing. This is how RfX's go here. A bunch of faggots no one cares about (read: PvX users) place mostly irrelevant votes on the page, then Auron decides if he likes you enough. ··· Danny Does Drugs 05:46, 21 April 2009 (UTC)

The people supporting you play pve, the people opposing you play pvp :) Social clash of epic proportions. tbh if you were made a bm, it would be the Emancipation Proclamation of the pvp race belittling the pve race. Auron is Abraham Lincoln and the government is communist--Relyk 06:34, 21 April 2009 (UTC)

The people supporting him, or at least a few of them, also play PvP. A closer relation would be the Renaissance. Where being well-balanced was better than being schooled in only a single area. ofc, relating such a great time period to PvX is fucking retarded, so pretend I didn't say anything. ··· Danny Does Drugs 06:36, 21 April 2009 (UTC)

You think guild of the week means something? My pve guild filled with 100 people who were just out of ascalon when i started the game got guild of the week. Thats really ridiculous. Rawrawr Dinosaur 15:10, 21 April 2009 (UTC)

It doesn't mean anything really. I just figured most people have scanned that list before. Life

Why the fuck should I care about guild of the week? Being in a "famous" guild means nothing. Can I ask you if you've actually made any of the builds you post, or if you copy them from what your guild runs/ what other pve'rs run? Have you ever set a standard in your guild for what has been run? Or are you a follower that gets into parties because you can actually play what they want to run. Copying builds, and running what is good, does not make you a good BM, or else Frosty's RfBM would have passed. I don't care how "Srs Bsns" your guide is/was, on its face it looked like you were being an asshole, and on the talk you pretty much proved it. ----ﮎHædõ๘یíɳ

It wasn't an "oh I so pro cuz I gots guild of the week" it was more of a "wow, you're ignorant. We've been around for years and had amazing acximplishments". Follow the link in Drahs vote for the second part. Life

Tab got BM because he is apart of the mighty PvX circle jerk and still is (For real, All three current bm's should have been perma'd a long time ago, way before BM was even an option.), and on top of that he actually knows stuff. At the time of their respective promotions all the BM's had been pruning the PvP section since they started posting here. If i remember correctly, the one time someone was promoted out of the pvx circle jerk was zurry the furry, look how awesome that turned out. In fact come to think of it, the position as a whole has become somewhat of a joke. ----ﮎHædõ๘یíɳ

Auron is wrong about the Mallyx thing.

I was more getting at the whole most pvpers have a better grasp of the skill database etc etc.

Aren't there players that do both?

Life may be an exception to this rule but I haven't seen anything to prove that, and the reason behind the whole "pvpers know skills better bla blah blah" is because they are often actively changing skills used and actively having to face different situations for which to adapt, the most pve players have to adapt to is skill balances (which pvp is susceptable to) and a friggin dodgy spawn for a mob...

FrostytheAdmin 18:45, 21 April 2009 (UTC)
(EC)Yes, most. And that's also why the bias stuff here is bullshit. There really isn't a large bias against PvE here. It's just a few guys and the heavy PvE'ers blow it out of proportion. The problem is the upkeep of the PvE section, which normal users can do w/o BM tools.

Exactly, if people who are good at pve (like Life) want to simply notify an admin that a build is bad and should be deleted or some votes needed to be sorted I would be (and I am sure others) happy to do it...

And if that doesn't work, there are always WELL tags and Archive tags to go around that. If the build's bad, enough people will know that and agree with it's deletion.

18:56, 21 April 2009
I find it entertaining to see a rift between PVE and PVP where the game as a whole should be experienced. They are both different that uses different skill sets to master....so why not do both? I don't think one is better than the other but that is imo. I play both and incorporate one skill into the other. Adapting is key in PVP but the other HUGE factor in PVP is the opponent. IF they change you must as well or you will loose.

(EC)Hey Frosty, when was the last time you saw someone in RA actually change a skill slot in a build to make it meta-meta? Or for that matter, when's the last time you faced something that wasn't a version of Teaseway, IWAY, Lichspike, or Omegaspike in HA? It's all the same builds over and over again in PvP. The only more intense part of PvP is tactics, which is something that very few players understand or utilize in general. ··· Danny Does Drugs 18:59, 21 April 2009 (UTC)

I'd also to point out the fact various skills have PvE and PvP versions, so playing PvP wouldn't necessarily make you more aware of the skill database... ~ PheNaxKian Sysop 19:04, 21 April 2009 (UTC)

Frosty just phrased it kind of baddly. The fact is PvP'ers are better than PvE'ers. I would actually consider a PvE BM if they admitted that PvP is harder, better, and being good at PvP is better than being good at PvE. --☭Guild*talk* 19:08, 21 April 2009 (UTC)
You best be trolling phen, the skills do the same thing with slightly altered values, the only skill that isn't like that is UA because they changed the functionality for PvE completely. ----ﮎHædõ๘یíɳ

Unless you're coring for top 100, PvP is not harder than PvE HM, especially if you're H/Hing. Most PvP players have little to no idea what they're doing with a build, only that you use skills and hope thing don't kill you. If you think I'm just being retarded, want to know how many times I've been casting right after a diversion hits me, only to be saved by that same moron PDing me? Or how many times I've been hit with Bull's Strike after I was just KD'd? Yes, they're stupid mistakes made by stupid people that result in a loss. You don't lose PvE by being stupid, you make it take longer. ··· Danny Does Drugs 21:26, 21 April 2009 (UTC)

I can piss pretty fucking far to be honest.

Well alright but you have to go hold halls with H/H too cuz to be honest PvE is only easy with two people :<----ﮎHædõ๘یíɳ

I'm pretty sure a bunch of retards could hold halls for like 2 years if for some reason the other 2 teams that got to halls everytime hated each other a lot, so they just kept ganking each other out. Holding halls for an hour doesn't really show skill, it shows you didn't get ganked. Anybody who says otherwise like "good people can hold off ganks" or some shit like that is blatantly fucking wrong. --Crowels[슴Mc슴]Mootles 22:23, 21 April 2009 (UTC)

Err, hate to say it, but if they all bothered to get their chars to DoA, get all the skills that were needed, and be efficient in tactics, they probably weren't pure PvP. Life

Running a gimmicky build in pvp is like running a triple necro in PvE. But if you're going to tell me it takes as much skill to run a balanced 8v8 than it does to most of PvE HM with real builds, I'm just gonna call you crazy. Supa balla 17:07, 24 April 2009 (UTC)

Also, Auron, just look for the german gw forums and stop being a retarded faggot. I'm pretty sure the threads are still up there, but I cba to spend my time finding shit that anyone whose head isn't so far up their ass that they could like their prostate knows, especially for a pedophile. If your mouth wasn't so full of every high-ranked players nuts, maybe you'd be able to form less autistic responses than "pics or it didn't happen". ··· Danny Does Drugs 20:38, 24 April 2009 (UTC)

I'll support you when you figure out that you don't need the tools to clean up the section, and actually start doing it. Fixing up a few random builds, and calling pvp'ers bad is not cleaning up the section.----ﮎHædõ๘یíɳ

I agree, I do think he can do a better/quicker job if he was BM...imo

Like how, its not like you get the delete page tool as a BM. The only thing he can do is remove wrong votes, but in the case of an outdated build, they are not necessarily wrong the build just needs archiving. Point being, the site was cleaned up well enough before the BM position was even a thought, the only reason the position was created was so that admins could ignore the "Build" section of the admin noticeboard, for all the things that life wants to do, he does not need the tools. ----ﮎHædõ๘یíɳ

I was thinking about his increased votes weight, the removal of dumbass votes and not letting repeat builds in. Can you see if he cleans out the PVE to find another dumbass build through. I think the BM title will help (not cure)....hence the word "quicker/better" for thouse who choose not to read.

Which is absolutely stupid. We should archive categorically by year, if not by month imho.--Goldenstar 19:37, 21 April 2009 (UTC)

^- Which is what the wiki was created for.----ﮎHædõ๘یíɳ

A lot of new people apparently. Life brought them out of the woodwork.

I can't believe someone caused enough drama to get skakid to contribute to PvX again. Btw, ska is so unexplainably gay.

I was talking about the music, but w/e.

Newsflash: every teenager drinks alcohol and smokes weed. Nobody cares if you do it. It makes you a massive nerd to boast about how much you drink on a wiki. Shut the fuck up. 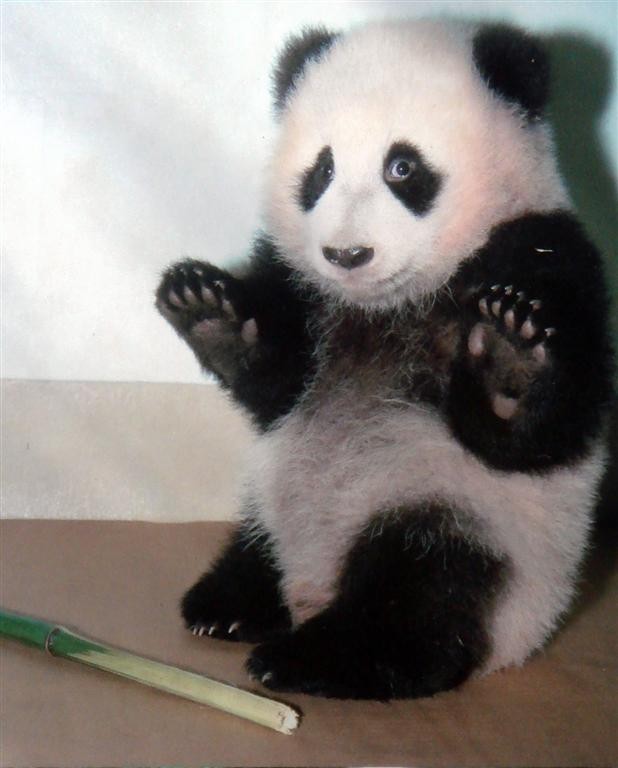 Apparently he smoked and drank to much....lol I just pictured a coke bottle glasses skinny white guy holding a joint with a bottle of JD with a star trek captains shirt on.

Ska is bad, I don't drink nor eat weed

Bernie has anyone ever told you that you are like the diet coke of trolling?----ﮎHædõ๘یíɳ

No no no...rise my son. You have redeemed yourself.--IkimonoNeeds more Paragon 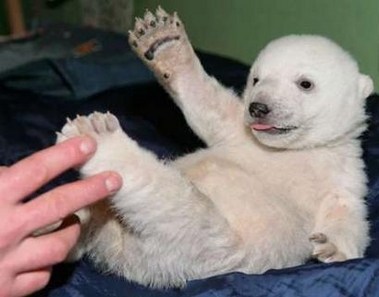 I know you introduced me to pictures for sad children Maf, but you remind me of that comic so fucking hard.

Almost nothing is as universal as a paragon. A para can join a 7/8 group and have no problem filling in, whilst "something that's going to contribute more to party damage" must focus on buffing melee (since there's nothing in the game that helps casters do damage). Yeah, rits are nice, but paragons are nicer. -Auron 09:39, 3 May 2009 (UTC)

Retrieved from "https://pvx.fandom.com/wiki/PvXwiki_talk:Requests_for_Build_Master_Status/Life_Guardian?oldid=888666"
Community content is available under CC-BY-NC-SA 2.5 unless otherwise noted.