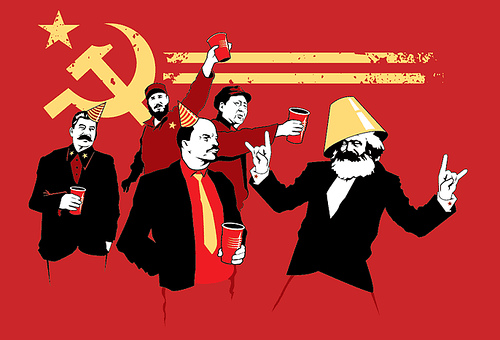 We must, comrades! PvX is currently weakly and pewny like those silly Americans with there cow made cheese instead of strong Russian goat cheese. PvXwiki must go to the Mother Russia and become Communist!

Pewny Americans do not know what the great Russian Communism is! HAHAHAHAHAHA! Communism is where Mother Russia rules all of PvX! We regulate everything! No need to listen to the silly citizens! They be happy!

We must convert to Communism first! All who agree become comrades and allies with the great homeland! Those who do not will have an accident. When the great Communist party is in control, PvXwiki will make the best builds in the land! The chain of command goes like this:

Once the new government is here, the purification of the great homeland begins, comrades!

In Mother Russia, builds make you! So, all users will start laboring while the great rulers make our builds! If you submit build, you get executed due to your pewniness! If a build is not great, BURN IT! Trash, Other, and Good categories are for the low peasants who cannot afford big expensive builds due to government regulated and low amount paychecks! We feed lowly builds to the yaks! Big build fire shall burn every night!

Retrieved from "https://pvx.fandom.com/wiki/User:Guild_of_Deals/PvX:COMMUNISM?oldid=609123"
Community content is available under CC-BY-NC-SA 2.5 unless otherwise noted.