PvX is srs bsns. A bsns of srs-ness. Here's a "policy" to explain why.

"This place is a dictatorship!"

Again, srs bsns. We aren't Stalin's Russia or China, we're a small little builds site who spends most its time chatting about Pokemon, Piplups, and Euros. Anyway, for those who think it's a dictatorship, it is! As you can tell, Gcardinal is a tyranical monster with no morals! I mean, it's not like elect our admins or elect our BM's! MADNESS!

"Everyone here assumes too much!"

"You guys are a bunch of dicks!"

We are. We're dicks because you keep arguing against good reasoning and advice and keep being an ignorant bastard. Now shut up and submit to the higher power that is our experienced members.

Good, obviously you weren't experienced enough to be good. Not to be the pot calling the kettle black with my huge "this Wiki is biased rant", but honestly, if you act like an idiot, we'll act like idiots back. Also, if you're really that concerned with your build staying on the Wiki, move it to your userspace.

"This is srs bsns"

This is also my conclusion. We are srs bsns. We like to play around and goof around (to an extent that it isn't immature) and have general fun. If you want to ruin that with your serious buisiness additude, go right ahead. It won't work, but you can try to be the "savior" of the "tyranical monarchy of PvX". 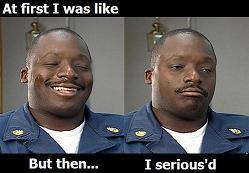 Retrieved from "https://pvx.fandom.com/wiki/User:Guild_of_Deals/PvX:SRS_BSNS?oldid=609866"
Community content is available under CC-BY-NC-SA 2.5 unless otherwise noted.