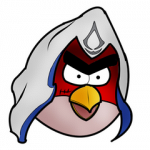 A short treatise on what makes builds good

Far too often on PvXWiki, we witness build creators who claim their build is good, substantiating their claims with dubious evidence. More distressing is the fact that these editors will often swear by their evidence and readily dismiss criticism, ignorant of the fact that their "evidence" undermines their claim. I have therefore assembled -- through painstaking research -- a summary of points to consider when judging a build.

On testing and judging

Retrieved from "https://pvx.fandom.com/wiki/User:Scottie_theNerd?oldid=865972"
Community content is available under CC-BY-NC-SA 2.5 unless otherwise noted.