What am I then?

I'd hit it. -- Armond Warblade

you remove the pvp youtube link that i added in 130hp build because you said "not pvp, dont encourage them" yet i still see an invalid information about Mystic Regen, WRONG INFO.. why is this? I... dont encourage anyone to use this build since its been nerfted badly and the info about mystic regen is not right..... --Ridz16 07:29, 19 February 2008 (EST)

That reply fails so hard lololololol. Yeah, sarcasm really does fail the internets lololol. Sorry, but that shit be funny. --Readem 22:07, 12 February 2008 (EST)

You lol too much. -- Armond Warblade

...Coulda sworn it was a P/Rt. Thanks for letting me know. -- Armond Warblade

I'm still confused by your vote, however. Going P/Rt and using "Go For The Eyes!" is going to give you less energy than being a Rt primary with 4 pips of energy regen. Plus, you'd have to drop Weapon of Shadow with that set-up. Basically what I'm saying is the build is as good as it can be. It's just a funky RA character, it won't ever be great. Zuranthium 19:31, 13 February 2008 (EST)

You're probably not the only one confused. I can't brain today. -- Armond Warblade

At your page, you have the worst build In your opinion, but it's a redlink (doh). I wanna know, what was that build? :D

They were premade builds by ANet that you used to be able to choose when making a PvP character, though that doesn't mean they weren't vetted. -- Armond Warblade

Ah got it, well props to A-net at their clear 1337ness with builds lulz.

so i herd you promised Readem, Skakid, Grinch and Alex sexy tiem. Where's mine? not gunna whore yourself out to me? i see how this is.

What are you talking about? -- Armond Warblade

He wants you to give him buttsex. Be a man, close your eyes, plug your ears, grit your teeth, and get it over with. --

Can you please restore the talk to it? --

Where do you want it? -- Armond Warblade

Remove the NEWEDITSECTION I'd say. Why would you want someone adding to your userpage? --

That was back when I used it as a blog, for ease of adding sections. I still may use it every now and then, so I'm leaving it. Not like the edit button isn't right there anyway. -- Armond Warblade

Lol my entire existence here is one big blog followed by a list of crappy, spazmatic builds I submitted hourly, and I don't use a "+" tab. --

Armond quote from Readem's talk page; "If I want to bitch at you, I'll do it on PvX, where I can ban you if I feel like it. (Yes, I'm a power junkie.)" Just thought I'd throw that out there.

Everyone on the fail train!

vid of SoaP getting owned in bloodspike on burning isle to mel's lolsplinter. -- Armond Warblade

You're not allowed to post funnier remakes of WELL tags on builds without getting banned, but you can create said tags and properly position them as well. Yay? Anyway, thought you might get a laugh outta that one. Shadowsin's b& for a week for Vandalization. Haha... Hope you're doing alright. Haven't heard from you in forever.

...Great dumbness ensues... And yeah, I've lacked internets because I left Davis for home and wasn't told until I got there that my mom had canceled the internet service. GG? -- Armond Warblade

stole your userbox as I also managed to do that, thanks. Godbox

Why am I giving up cripshot again?

they call me a Haxzor 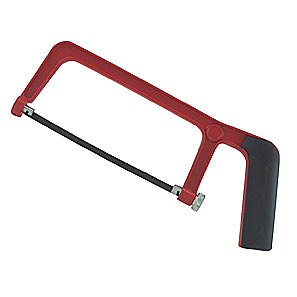 I'm used to the man-love. What, specifically, is this for? -- Armond Warblade

You thought the Mo/W Zealot was bad? See this. --

Be glad it was only nine days. Standard is to increase the ban by one standard mediawiki length, which would have been two weeks. I'm not happy with your behavior to the rest of the wiki, nor with you evading your block (regardless of the reason; if you have a problem with the ban, stay off the wiki and deal with it), and as such will extend your ban. My email and MSN can both be found on PvX:ADMIN, as you ought to know - so what was your reason for evading the block again? -- Armond Warblade

Retrieved from "https://pvx.fandom.com/wiki/User_talk:Armond/archive8?oldid=524417"
Community content is available under CC-BY-NC-SA 2.5 unless otherwise noted.