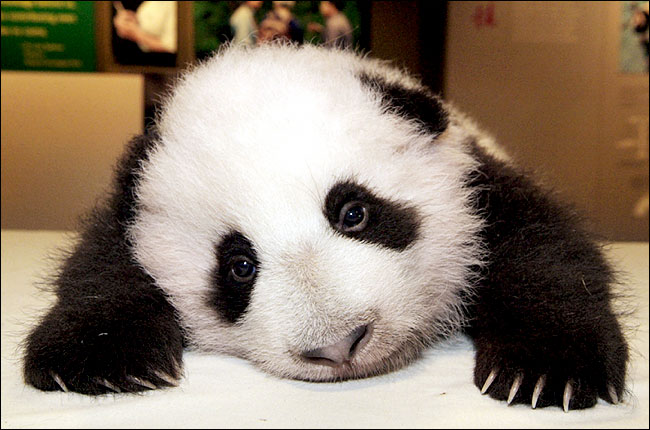 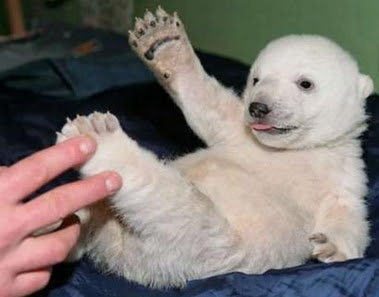 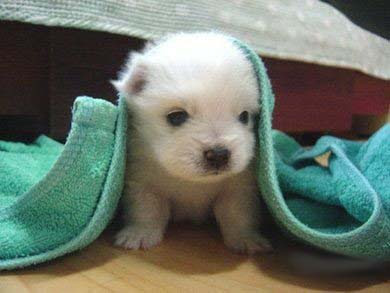 Athrun isn't an admin, and you should post things like this on the admin noticeboard. I'll look into this and deal with it though. ToraenTheJanitor

if you get bored just start speaking some really soft finnish ;p so cute. Also I've spent too long around Finntards for silence to actually bother me - AthrunFeya - 21:43, January 25, 2010 (UTC)

HEY!!! Arthrun Feya! How's it been? Well, I was a bit disappointed when dayway came into the picture, and I no longer am a mindless zombie of kiss, but oh well. I told you ppl ritway had some legitimacy to it, and now I have a fellow believer, although the double set of shelter and union could be tweaked. You could dump a MOP in there. I watched a funny case of the bodyblock technique where they did a spirit spam mop. That's a quick way to kill if you just know/take the time to set it up. Anyway, how're things? Obviously, removing BM status won't change jack, but hey, the people were right on this one. No one respected the BMs, and quite honestly, I met one way more ugly and obnoxious than I found you to be. Innoruuk 21:45, January 26, 2010 (UTC)

Surprisingly enough I'm one of the nicer people with power here. I actually recommended removing BM myself, after 6 months of being one I realised how flawed the role was, so I'm quite happy with the changes. The community is still the same though, so people who post bad builds will still generally get trolled off the site. I would imagine spirit spamming to trigger mop would be difficult because you can't really guarantee what the spirit hits (although you can influence it). - AthrunFeya - 21:56, January 26, 2010 (UTC)

Feya, you disappoint me. You're the logical type. Please think about things before reading the paragraph after this. It's easy to figure out which one is the prime target, and secondary targets aren't bad choices either.

You put mop on whoever gets the fire, because no, you can very rarely decide for the spirits. Head-banging time? Innoruuk 21:59, January 26, 2010 (UTC)

Yup, but spirits eventually gravitate to whichever foe is getting wanded the most by the humans or has the least hp left. Innoruuk 22:11, January 26, 2010 (UTC)

That's been up for debate for a long time. Spirits are great for spiking out one or two enemies, but after that they become unreliable. ··· Danny So Cute 04:12, 28 January 2010 (UTC)

To make your day better, I got you a nom

Aw, they broke the link. Tbh, I don't use 4chan. I just looked up cute hippos :D Karate

Not given it much thought, but got more free time now so might actually make something soon. I was thinking:

User:Wizardboy777/Newbie Guide We could probably host something similar to that in the mainspace if it were written up a little cleaner. Karate

If you want to write one up in your userspace, we can move it to the mainspace after it looks good. Karate

Thanks for doing this, btw. It's something we probably should have mainpage'd a long time ago. When we get it done, we can alter the "welcome" tag to include a link to the new user guide. Karate

I'll do it tomorrow, if someone doesn't beat me to it. Karate

thought i would bring this up with you. originally i thought about the problem with the guides portal includes guides for both pvp and pve. the pvp and pve builds are mixed in there. In addition, there's a portal for each pvp area and only a general portal for pve, which is from the days when no one cared about pve. the pve portal just has the sactum cay runner and guides from the guides portal. So i was thinking that a general pvp portal and pve portal would allow putting the guides portal in appropriate areas. the current pvp portals would be listed underneath a general pvp portal. Then the pve portal should have portal for running, the Guide:Dungeon Overview, general vsf, speed clears (unless the speed clears category counts), and everything else that has to do with pve.--Relyk talk 00:23, February 1, 2010 (UTC)

Hmm, can't think of the best way to neaten it up. Just two categories there on the main page would look a little bare. Also hardly anyone really uses those pages, or most guides. - AthrunFeya - 03:15, February 1, 2010 (UTC)

Though off topic (the current one, and more on the original) I really don't think she violated any policies. I saw what she removed, and I agree it should've been taken off. Bluetapeboy, bless his slightly retarded heart, is really beginning to annoy me. Maybe he wants to integrate himself into the community (WHY WHY WHY!??!) more, but he's going about it the wrong way. Lau had good intentions with her removal of the (very) pointless comments. -- Big McStrongfist 04:04, February 1, 2010 (UTC)
Why does it seem like you have to fire someone about once a month? That's just bad. =/ ··· Danny So Cute 03:48, 1 February 2010 (UTC)

Because I do. People often step into this job thinking they're going to save the world or something and they don't realize how easy it is for them to get in trouble. The girls (and often the homosexual boys, although not as often) tend to try to push the male staff into sexual misconduct with them in order to get them fired. It doesn't happen as often to female staff, but it has happened.
Oh, and I oversee.....like 20 people (maybe a little more), so it happens. Karate

I'm hardly advocating that sex at age 14 is ok, but overall America's views on sexuality are quite dumb. Pretending people suddenly become sexually mature at one age or another is just ignorant. A 14 year-old who wants sex is not a 14 year-old pressured into sex, and he or she should be treated as such. ··· Danny So Cute 04:02, 1 February 2010 (UTC)

ups. so, assuming you have to make police reports for underage v&'s, the place you work is basically a sexual offender factory? ··· Danny So Cute 04:02, 1 February 2010 (UTC)

Did not meant to direct my comment towards you, sorry. I do agree though that there should be no point in someone's age for when they are ready for sex. Everyone matures at different paces, etc, etc. But in most (or all) 14 years of age is too young for any sort of sexual activity. Other than that, ye it sounds like a factory producing sexual offenders. :> Vincent Evan [Air Henchman]

04:06, February 1, 2010 (UTC)
(EC)It's typically not, considering that you have to be licensed by the state and have a college degree and several hundred hours of interim training to even be considered for at job at my facility; however, good people fall into traps all the time. And Danny's right. I've been advocating a serious overhaul of teenage sexual law for years (especially considering that it's still considered "producing and distributing" kiddie porn if a kid takes a pic of themselves naked and sends it anywhere). However, the teens I work with are often only sexually interested in the staff because they're vindictive or seriously fucked up. Karate

I think I was 16, but I can't remember the girl well. And, btw, the staff that normally fuck one of the kids are sexually frustrated husbands or young desperate women. And we have less of it than any other facility in the state. I only fire around 2 people a year for it. Karate

16 here as well ;o. Are the desperate wimmenz young and fresh, and do they need a stud such as me ? Vincent Evan [Air Henchman]

In the words of my father, "Only if you want something Ajax can't wash off." And big, I don't trust you. You would just impregnate the whole damn town. Karate

too much /b/, tbh. (I'm referencing the above comment obviously, and the Haiti F11 thing). Karate

How is the haiti connected to /b/ ? Vincent Evan [Air Henchman]

I think they were the first to post the map and say F11. Karate

Oh, I haven't gone on /b/ since early 2009. :\ I saw this from a demotivational poster. Vincent Evan [Air Henchman]

Okay, I need help from anyone who vaguely knows Matlab. I've used it about twice so I'm failing pretty badly at trying to do a simple surface plot. I've managed to generate a plot but the relationship doesn't look correct and doing a few hand calculations shows the values are completely wrong. I want to represent the following;

as a surface plot. This is what I have so far (is probably completely wrong since i just c/p off a random website):

Try turning it off and on again. --Frosty

Frosty's idea, one of the 3 holy trinity. sigh... falls under hitting it a few times or a rage, but understandably the lesser of evils. Akio_Katsuragi

Anyway, your equation is okay, but just looks a little funny; "n=a*m./d" should give you the same array n. In matlab, all the basic operators (+,-,*,/) assume by default you are wanting to do matrix operations; so for two nxn arrays A and B, A*B gives the matrix product (which you probably don't want), while A.*B gives the matrix where you multiply the terms of A and B element-by-element (which you probably do). Similarly, B/A would be the solution X of trying to solve the system of equations AX=B, but B./A would give you the matrix where you divide (i,j)th element of B by the (i,j)th element of A.
The overall shape of the surface should be pretty smooth regardless, though, unless you're approaching d=0. See here for a rough plot of the parent function (yours will just be streched by the factor "a").
My final bit of advice is that MATLAB's help is generally pretty useful, and helps (at least me) learn it better. You can just type "help meshgrid", for example, to see the format it's supposed to be in, or how to generalize it, etc. There's help files for every function MATLAB includes, and for the large majority of files available on their online file exchange (if you ever need to use it). — Maf so rational. 09:18, February 8, 2010 (UTC)

Thanks maf, I'll have a poke at it in a bit. What you said about switching m and d sounds about right (lau so blind - it looks like the kind of relationship I should be getting but upside down with wrong values =p) - AthrunFeya - 12:25, February 8, 2010 (UTC)

Trolling new users is PvX's form of natural selection. Those who don't rage are either retarded or will be greatly valuable contributors. Okay. -- Big McStrongfist 22:21, February 4, 2010 (UTC)

dammit... that means i'm retarded. QQ i cant make a decent build for shit that hasn't been made already QQ Akio_Katsuragi

means alot danny ^^ lol. thx. do wish i could have an influx of great builds in my head though >.> Akio_Katsuragi

Eh, that is pretty close to what actually happens here (although I did rage in my first month or so of contributing, so =/) but my point is it shouldn't. If natural selection actually worked like that humanity would be walking straight into the plot of Idiocracy. If our 'natural selection' meant we didn't get the retards either then I'd have to agree with you, but a mix would be far better than the 'selection' we have atm. - AthrunFeya - 22:44, February 4, 2010 (UTC)

Gz with ur nomination for adminship! You are one of the few people I think that really deserve it. I sure hope they will make you one! Cheers Tyrael

Congrats! Add your info to the admin page when you get the chance. ToraenTheJanitor

I'm pretty sure we still need an Asian guy. Either way, congrats! Karate

Actually, isn't Phen into Anime or Manga or something? Let's just designate him the wiki asian. Karate

Retrieved from "https://pvx.fandom.com/wiki/User_talk:Athrun_Feya/Archive_6?oldid=1026428"
Community content is available under CC-BY-NC-SA 2.5 unless otherwise noted.