ur steam id (or if u dont wana share it add BOOMER! TANK! TANK!)

I already have you on Steam, don't I? Your image is a katana or something? I don't recall us ever playing together though :< Ricky

Just thought I'd bring this to your attention

I'd like you to look at this, if you could. I really think the users of pvx need a way to reconfirm their admins, rather than them only being responsible to you and the other bureaucrats. Karate Jesus (Talk | contribs) (→12:40, 4 February 2009 - )

Nobody cares broski, least of all me. If you have a problem with a specific admin, post it on my talk or email it to me or whatever. We don't demote anyone for inactivity (read the part on gwiki's admin page where it says sysops are promoted for life - that applies here too), and I'm not about to boot half my sysop team because they pissed someone off. For the most part, they've done adequately; there are a few who haven't performed as well as others, but to be honest, we need them with sysop tools since nobody else can do the job.
If you feel a need to review half the staff, write an essay and email it to me. I will read it. But contrary to (apparently) common belief, I don't appoint administrators and then let them run free unchecked. Their "reviews" are ongoing - when a sysop doesn't perform up to my standards, I contact him privately and ask him to step it up. If they improve, they stay on board. If they don't, I cut them loose. It isn't a question of doing me favors every six months when "the review board" comes around, it's a never ending expectation of high quality of service to the wiki. -Auron 20:52, 4 February 2009 (EST)

sometimes the only way to respond to a douche, is to be a douche, and that is all i did.~WaffleZ

No its his job, behind the mask is a kitty with heart-shaped ears and cute mclegs with a rainbow tail and colored pink, also has a halo behind him because the kitty has cute mcangel wings as well. And he's covered with sugar and surrounded by cute mcdolls and giggles joyfully with people i wuvs with all his heart--Relyk 21:18, 9 February 2009 (EST)

He didn't have a link on this page but wants to stay on top of most linked. We should just perma him imo, I can't recall a single constructive edit. -

I had to stop listening when she got to the baby shower. I mean, who the fuck cares that your imaginary character is pregnant?

Also, comments disabled due to rage, so I can't tell her that she's a genius for finally figuring out what most of us knew two years ago.

its just a dumb hypocritical bitch that is... well, dumb. she opens stupid threads about baby showers over her "e-baby" and the mods close them and tell her not to be stupid. she thinks it's closed-minded individuals keeping her down, but obv she's not going to realize how ridiculously stupid she is.
also, people discovered some of her fan stories on guru - stories that contained discussion of rape, bestiality, incest, underage sex, prostitution, necrophilia and some other weird shit. but obviously we're not allowed to think she's weird or else we'd be infringing on her rights to free speech. -Auron 01:15, 11 February 2009 (EST)

Sounds like one hell of a site. That's all happening on GW Guru?

Well, she's been banned from guru in the past for being a dumb shit. When she opened her baby shower thread, it got mega-flamed by people like me who think she's just a crazy fucking bitch. The mods closed it and told her not to open stupidass threads. She took that as a challenge and posted a vid on youtube calling them mean.
Naturally, all her furfag buddies got interested as well and started posting encouraging comments. Since we, the upstanding trolls of Guru and Wiki, could not stand to see such faggotry go unmolested, we flamed the shit out of her video via the comments. In a hugely hypocritical move, she started deleting our comments - enforcing the same selective modding that she accused Guru mods of doing. In the end, our trolling was too much for her to bear, and she closed comments entirely.
In order to keep trolling, we had one of our number post another video (the content of which doesn't really matter, it was just a way to have a discussion section not modded by a hypocritical furfag) and kept at it. The trolling should still be going hard, although her fans have had absolutely terrible logic and thus get shut down quite easily in any serious debate.
I love how they try to be high-and-mighty and defend their creativity, even though their creativity is just a bunch of Guild Wars porn that includes rape/incest/necrophelia/etc.
Inde, the highest guru mod, has deleted dumb bitch's threads on guru, but she has them all archived on some personal site where her and her furfag buddies can read and fap over them.
Lastly, feel free to join in the flaming on that thread - be sure to thumbs-up Tender Wolf haters and downthumb the supporters. -Auron 02:39, 11 February 2009 (EST)

I'm definitely going to go read up on this. I'm being extra-nice on this site lately. Some flaming would do my soul good.

[1] <- For some reason it wont let me link on jewtube so here it is, watch out gaiz or she'll cut ya wif her samurai sword and then make zhed bum rape you D:.----ﮎHædõ๘یíɳ 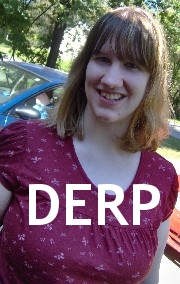 I wonder who impregnated that.

lmao Yeah this is why all my characters somewhat look the same on my main account...I try to get them to look as much like me as possible. i alrdy thought the characters were pretty ugly tbh InfestedHydralisk 02:11, 12 February 2009 (EST)

I may have done something horribly wrong when I made these Templates. Should I have made them, or should we just stick with the two templates already in the tagging policy? ~

you were being mean and forced me into changing my sig into this dumb cliche that looks wrong due to me not going to sign with ~~~.. (damn finnish keyboards). Should the template I used get locked? --—The preceding trolling attempt was made by Chaos (talk) . 16:51, 16 February 2009 (EST)

Do we need a bot run to subst all sig templates to prevent vandalism? -

Hopefully not. How long has this policy violation been going on? Each user should be able to track down their (hopefully few) policybreaking sigs and just add subst. -Auron 01:28, 17 February 2009 (EST)

I think there's quite a few actually. Frv was one of the first people to use a template sig and while he did protect it, it's still in quite a few places. He might still be using them actually I dunno. -

"going with buildmasters here, there's no reason to run magebane over BA when it already has dshot/savage and non-bad skills like point blank shot" you serious? --Crowels[슴Mc슴]Mootles 17:59, 18 February 2009 (EST)

You would say that about any women. -- Armond Warblade

Regardless of that, since hotlinking works, Piplups will flood PvX once again. Afaik linking images stored on another site does not mean copyvio. ~ ĐONT*SYSOP 11:09, 21 February 2009 (UTC)

Retrieved from "https://pvx.fandom.com/wiki/User_talk:Auron?oldid=835223"
Community content is available under CC-BY-NC-SA 2.5 unless otherwise noted.