Yup, you noticed me? Kind of new there too and ty for welcome. :p

Yeah, you troll the campfire section :p. Btw, pls make sure to sign your comments with 4 tildes (~~~~) and indent with colons; one more than the person before you. Life

You already have good standing with me just for the name.--Ikimono"My beard is thick."

Hmm well I am a bit confused by the results shown from CheckUser at the moment, it shows the IP you are currently using has an edit from the user I mentioned above, before you created your account. Are you sure it is not possible for someone to have used your computer who contributed to pvx? --Frosty Mc Admin 19:16, 22 July 2009 (UTC)

Are you saying that I might have a stalker who sneaks into my house and contributes to pvx from my computer? *shrug* --Carnivorous Cupcake 19:20, 22 July 2009 (UTC)

Frosty, while the IPs from one edit might be the same, this is in no way Anonimous. Life

Intended, i believe the period was an accident though :p Life 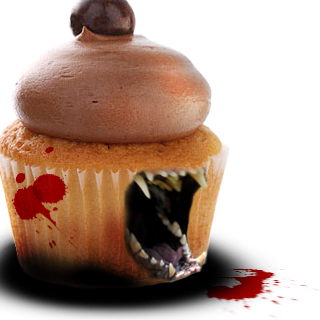 Made this for you.--Ikimono"My beard is thick."

If you wanted to use it in your signature, use [[File:CarnCupcake Muffin.jpg|24px]] Ikimono"My beard is thick."

Gotcha, thanks. I also linked my talk to my sig. :D --CarnivorousCupcake

Point taken, that picture is taller than most so...--Ikimono"My beard is thick."

I think its good. :o Stroong party heals when you are defending the fort, direct heals to heal Gunther, spirits effect all the allied NPC in their range which is good (regen + heal) and you have speed boost for running amber effectively. Thumbs up. :) --Carnivorous Cupcake

Because every one of them I came across failed badly and worst of all they wont to understand what they did wrong, they will just carry on doing so. :/ --Carnivorous Cupcake

That's what my experiences with them has been as well. Kiss really isnt a guild, just a bunch of people using alliance chat for another trade channel.--Ikimono"My beard is thick."

I was stung by a swarm of wasps when i was younger. ( D:> ) dont saw down old trees if you haven't checked them out first.--Ikimono"My beard is thick."

Uhh, thats gotta be nasty. :x I got stung by a bee once, felt bad enough, so I imagine what swarm of them can do. *shrug* --Carnivorous Cupcake

Lots of packs of frozen peas and corn for a couple of days. Was pretty funny though, the ones that couldn't get to my skin were literally gnawing on my clothes.--Ikimono"My beard is thick."

So you need to let me come with you on some dungeon runs.--Ikimono"My beard is thick."

Could you please explain your relationship to User:Anonimous.? Socking is considered a serious offence on this wiki due to the nature of our voting system and I noticed that you share an IP address with him.

Like I said, I have no relationship with that user. :/ --Carnivorous Cupcake

There can be multiple reasons for IP matches, do you perhaps sometimes log into PvX from school, a friend's house or work?

Not really. I might have logged in a pair of times from my laptop in a cafe though. --Carnivorous Cupcake

Did my IP match up again or is it still what Frosty has noticed shortly after I made an account here? --Carnivorous Cupcake

I can't see Frosty talking to you about this anywhere, care to give me a link?

I swear I did a ctrl+f for "Anonimous" before I posted this, maybe I only checked your archive. How odd. I'm reasonably satisfied that you are different people, so I'm just going to stop caring. Welcome to PvXwiki and happy editing.

Ok I know you have seen a lot of flaming come your way over the past day and I know you are not "entirely" at fault, but you sure did provoke pretty much all of the abuse that happened, as well as breaking 1RV quite a lot of times. For this you will be given a 3 day ban. Next time if you see something happening that you don't like, don't go shitstirring the whole wiki into vandalism and trolling. Serve your 3 day ban, come back and get on with our terrible (after all like you said, it's only 3 days). --Frosty Mc Admin 14:48, September 11, 2009 (UTC)

I have noticed that you only seem to "archive" sections that you dislike, i.e. where people point out your various failures and stupidities. Please do not do this. Archive your entire talk page so you don't look like a prick that can't handle being insulted on the internet.

who was the last guy that did that? there was some faggot a while ago who kept doing that. ···

idk, but i sure wish Droks still contributed to this site if anyone still remembers him, what a funny guy--Angelus

obviously you can, it just makes you look like a fag --Angelus

In the eyes of shitters, maybe. --Carnivorous Cupcake

You're mistaking people who give half a fuck with people who just want to troll you and start /wave chains. You're the shitter around here, regardless of whether or not it makes sense. ··· Danny Pew Pew 20:26, September 15, 2009 (UTC)
In the eyes of shitters wot? Did you not notice every active member on the site and half the admin team telling you to shut the fuck up? Go look up the Dunning-Kruger effect you prick--TahiriVeila 20:34, September 15, 2009 (UTC)

I don't really care what bandwagon shitters tell me but let me remind you what an admin told you: 06:35, September 11, 2009 Misery (Talk | contribs) blocked TahiriVeila (Talk | contribs) with an expiry time of 3 days (account creation disabled) ‎ (personal attacks: Stop being a dumb cunt) please do comply. --Carnivorous Cupcake

Let ME remind you what an admin told you: Next time if you see something happening that you don't like, don't go shitstirring the whole wiki into vandalism and trolling. ~Frosty 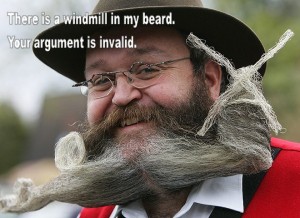 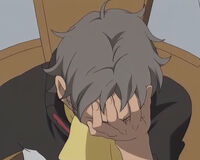 So cupcake do you truly still suck this much? If so please stop, your idiocy is astounding, your opinions are invalid, and no one here likes you. You don't post anything worthwhile. The only reason I can possibly conceive that you still come here is that you like the abuse, go back to gw guru you insult to the human gene pool. Oh wait, some of those words might be to big for you to understand so let me dumb it down. Hurrrrrrrrrrrrrr You has no smartz please to get the fuck out kthx.----ﮎHædõ๘یíɳ

Gtfo to where? This is my page. >_> --Carnivorous Cupcake

Go back to guru furfag.----ﮎHædõ๘یíɳ

Danny the wise--X 20:46, September 22, 2009 (UTC)
i dont really care. being at school with nothing to do results in terrible trolling. see my user talk for terrible trolling by chaos --Angelus

he made him cry because his signature image is so frightening.--Ikimono"Mutton Chop Man"

Yeah and like a bazillion cupcake bashes by TahiriVeila, methinks it was not just obvious humor. Methinks Tahiri has a prob with cupcake and QQ's about it on his talk page. Shadow 18:02, September 23, 2009 (UTC)

Why hasn't he been permabanned yet? All I've ever seen TahiriVeila do is NPA and be a gigantic douche.--Ikimono"Mutton Chop Man"

Because, y'no, he's a good player that accomplishes atleast something here? All the douchebaggery has been performed on this guy's talk. ---Chaos is gay - 19:33, September 23, 2009 (UTC)

Tahiri flames me because Danny told him to. Danny told him to because he got banned for being dumb ([2]) and apparently picked me as a target to let it all out, since I've been trying to fix all the shit. Eventually he got a clue and fixed his page, even his bandwagon friends got a clue, apart from tahiri who keeps spamming the same shit on my page over and over knowing that nobody cares anymore and I would just archive/revert it. I also dunno if admins here have their heads stuck in their asses most of the time or something, all the trolls and flamers should have been perma'd long ago. --Carnivorous Cupcake

PvX wouldn't be PvX if the trolls and circlejerk were different groups of people. To be honest, it's something you just have to get use to. Whining and protesting just makes you disliked, regardless of whether your actual point is a valid or not. Athrun

lol let's perma ban everybody and leave Cupcake alone so he will be the only user on PVX. What user dosen't flame or troll? Hell you have TROLLEd yourself...we all know you can flame--X 16:27, September 24, 2009 (UTC)

LIVING IN A LONELY WORLDDDD.----ﮎHædõ๘یíɳ

SMELL OF WHINE AND CHEAP PERFUMMEEE----ﮎHædõ๘یíɳ

HIDING SOMEWHERE IN THE NIGGHHHTTT----ﮎHædõ๘یíɳ

SOME WILL WIN, SOME WILL LOSE----ﮎHædõ๘یíɳ

It's spam, content is a song, purpose is spam. Get off my page. --Carnivorous Cupcake

I have noticed that your asshole may be tight enough to turn coal into diamonds. I would advise that you loosen your anus immediately, and have some fun for christ's sake. If you choose to ignore my advice, don't worry, I'm sure the constant rape will have you loosened up soon enough.
With love,
--Oj▲mo 19:40, September 25, 2009 (UTC)

This was a triumph.

Baby you're all that I want----ﮎHædõ๘یíɳ

I'm finding it hard to believe, we're in heavennnn.----ﮎHædõ๘یíɳ

Dear Everybody because everybody is retarded in this place

Anybody who posts stupid troll bait is just getting banned because this has turned from slightly amusing to fucking stupid. --Frosty Mc Admin 01:52, September 27, 2009 (UTC)

When/if you get it, you totally need to roll warband.--Ikimono"Mutton Chop Man"

Did he ragequit already

I can't recall any other race having warbands but on other hand when you do the charr side of gw:en you get to join a charr warband as a human right? So maybe there would be a condition like "leader must be Charr" or something. :p --Carnivorous Cupcake

^ and flamethrowers. I can already see Charr replacing wammos in GW2, so many peopl would roll one. :/ --Carnivorous Cupcake

Charrs are ugly, from what i've seen from the example artworks, sylvari ftw?

Charr and Norn are fucking awesome. Asura and sylvari are just cool. I just really want to be a werebear or charr.--Ikimono"Mutton Chop Man"

If the norn are as ugly as the eotn ones, then no. If charrs look as ugly as pyre the bad ranger, then no as well

Personality would suit you.--

RC Lurker who isn't part of the PvX circlejerk.--

You're supernigger, more toolish than the average nigger for the same godawful overpriced annoyance--TahiriVeila 22:41, September 29, 2009 (UTC)

Nah not really, why you ask? --Carnivorous Cupcake

you seem to care a suprising amount about policies and proper functionalities, which wouldn't be surprising if you had been. ··· Danny Pew Pew 19:05, October 1, 2009 (UTC)

Ahhh everything makes sense. This is why this guy is infinitely worse than you could ever be, I hope you agree! Athrun

Wow, just wow. :/ I hate kiss, thats one of the reasons why. Also, he put that on Tahiri's page, mega LOL. --Carnivorous Cupcake

It has been over a week since I last visited you, try about 2 or 3, I lose track of time. I see you are STILL being a giant raging faggot. Please, stop your faggotry or I will whip out my massive schlong and beat you round the face with it. That, or I'll give you a boot to the head. Also, you suck at gildworz, stop being so bad, srsly, you're terrible at dead game. It isn't even hard. Yours sincerely, Napalm.

Like I said before, funny coming from you. --Carnivorous Cupcake

Besides, youve already been told to stop your stupid trolling by an admin, get a clue. --Carnivorous Cupcake

But anyways, fixed since you so care. --Carnivorous Cupcake

Heh. Well, it's not, dont worry. :p I will make sure I indent right when you are around. ;) --Carnivorous Cupcake

That image spam on this page ealier

I find Chrome good for dealing with large wiki pages.

Uh... what? I've never had any problems with it. Firefox is still my default though.

Retrieved from "https://pvx.fandom.com/wiki/User_talk:Carnivorous_Cupcake?oldid=980978"
Community content is available under CC-BY-NC-SA 2.5 unless otherwise noted.