When you said theres only 3 usefull elite skills for water elementalist, ur wrong; Shatterstone and Mind Freeze is also very useful and good.

The first message ever posted on my talk was whining that my nick didn't inquire what my account name was. Suddenly, absolutely everyone does it QQ --Sazzy 17:02, 27 June 2008 (EDT)

your sig is really quite long o_o----ﮎHædõ๘یíɳ

Ill raise that bet to 50 bucks and bet againt GoD--

Is an ass, I didnt pay 10 bucks for a game just so I could scroll through his bitching for 20 minute because i didnt feel like saving. That is all.----ﮎHædõ๘یíɳ

Gasp! Mr resetti is kewl tho. He commited adultery to me.-- 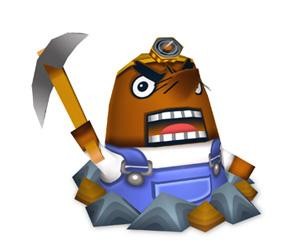 omg tht is an epic sig. animal crossing is an awesome game :]--

I <3 animal crossing so much. MY town is called gogogar :) lol--

I makes it all better--

If you are going to use the most recent signature on your userpage note that its image should not be larger than 50 pixels wide x 19 pixels tall and multiply images are not allowed as per PvX:SIGN. ~ ĐONT*SYSOP 18:51, 29 June 2008 (EDT)

I don't think we've ever really enforced the width restriction, but the height restriction is important. And if you want more than one image, the best solution is to just take a screenshot of how you want your sig to look and use that, so it's all just one image. ¬ Wizårdbõÿ777(sysop) 19:01, 29 June 2008 (EDT)

Im working on it.... Im trying to make the CROSS my userpage, the CROWN my talkpage, and the FIRE my contribs but i phail :P--

Well i cant help it. Technicly its 3 pics but its really only 1.--

Pretend its a fked up font. wesome sig btw.--

Alrite ill work on it.--

no wai! and yeh, pretty epic sig. everyone is starting to hate mine now :] so im looking at everyone elses' sigs further my signature capabilities--

im not even going ask, lookin good though!--

I vulture RC/RR a lot less than I used to, but, nevertheless, I can't help but notice the fact that you seem to enjoy making the Admins remove your godawful votes (I'm referring to the reasons that you provide on some of your votes -- e.g. [1] or [2]). So I'm here to tell you to quit it.

this is off topic DE, but do you know whats wrong with my sig?--

Aside from the fact that you've actually got to subst that template? Also, you need to close the <sup> tag.

Well DE the reason i did that is because a. the votes dont make a huge difference, and b. Is getting trashed anyway. Why not make the authot feel good that someone at least voted a 5-5-5 ^_^ lol--

I do that once in awhile, but only for the really crappy builds.--

Isn't coming back, 3 strikes tbh. The fact that you think Igor did nothing is completely false, He got banned for trolling each time for a valid reason. To be perfectly honest he went looking for a fight in many places and even after stating he would avoid ska and tab he put himself right in the line of fire again. Going in places you know your presence will start a fight is almost as bad as starting the fight yourself, The fact is he never actually tried to make peace with either of them. DE handled it well, it probably wont get reviewed, and aside from proxying igor will probably not be unbanned again. I really wish you would remove that plea from your userpage.----ﮎHædõ๘یíɳ

i herd u miss igor

Rapta wouldn't let me make it a REAL template--

Ass is meat too isnt it. You crave donkey meat?--

Only if you mean the haunches. Anus and rectum are not meat. Also, it was a reference:
Es carne de burro...
Nice to meet you, too!
- PANIC!

Oh lol. Well, who is Elven then? Some random person saying i fail. As much as i disagree and as leet as i am, i dont think i fail :D--

HI CROSSFIRE, im another retard on PvX who says you fail because i think you do. i fail to. its ok. and Relyk is gay "zelda sucks btw" i love you too ^_^--

I only somewhat fail :P nice to meetchu hot stuff.--

This is all I see on talk pages anymore.

Yeah except i dont play pokemon anymore, so i dont know them :(--

Add it to your user page fast! Godbox

Add it to your user page fast!--

Kk, Im adding it to mine, since you guys forget about me.--

You only have 4 Great builds--

I made that list months ago :P. tell me about yourself i havent rly met u before.--

I tried :( Ill wait till after the RA weekend.--

Why'd they kick me? I know I've been rather spasmatic with the times I'm on, but I'll try to be more active. Go tell someone to invite me back please :P --

didnt it disband? at least thts what crossfire told me i think--

i think i might steal tht set-up :p ive never even herd of Taking Back Sunday. you mind? ill give ya credit. also i like tht ur userpage is a lot less cluttered now--

No problem ^_^. and takign back sunday is god. Wanna hear my favorite song? say yes--

heh, thats okay, here's mine tht live version was 60 years ago, so listen to the recording too :]--

Not bad. I like teh new muzic better :D--

also, if you have to argue that it's weak against anti-melee, then i would remind you that shock is a costly interrupt and anymoar the eviscerate->executioner's strike spike don't work that well.--Reason.decrystallized 06:58, 16 July 2008 (EDT)

Did you ever have the Game Fuel when Halo 3 was being released? That stuff was good. The new Revolution soda tastes exactly like it. --

The New Mountain Dews ownzzz. Supernova is gud. But amp is even better becuz it has caffene.--

ugh.. that stuff messes with u--

Do you prefer tea and crumpets? :D--

lolz what the heck is a crumpet xD--

Just to let you know, Cowardway has either been deleted or has been moved.

yes...it's at the bottom of your page in the 'Other' section. I think it's something like TA - Team Cowardway

nvm.. I assumed since it was in that section, it was a valid build you created. It's only the bs build with only ratings.

You have rated my CoF 600 Necro/Smite build for 2.8 with the explanation of:

It was true for a while, but the skill bar was modified by adding two Optional slots and moving the SS/IP combo to the Variants list, that's why your rating isn't up to date anymore. Please reconsider it. Gelei 05:07, 20 July 2008 (EDT)

Another skill swapping happened on that build, I reverted it to the original Reaper's Mark + Necrosis combo which helps in dealing with bosses (and stuff like that). It makes things faster with harder enemies and reduces time spent idle. Read build page for further details. Gelei 05:44, 20 July 2008 (EDT)

I saw that since my comment on your talk page you rated one of my other builds. Please check the forementioned problem (Outdated rating). Gelei 10:14, 21 July 2008 (EDT)

check my userpage story about the shittastic TA teams 71.229, Frosty, and I roled with Instability gimmick. And we should stop making seperate titles for small comments. --

I definitely agree wit that last part. Whats this about TA now? btw liek my signarute?--

Yeah but i retarded and dont know how to redirect :D--

My account is 2 months older than yours, but you have 3 archives already?... In fact, why am I older than most of the people here (Anyone not from guildwiki pretty much)... RAGE--L

there was a kind of vote whipe at this build http://www.pvxwiki.com/w/index.php?title=Build:E/A_Fiery_Promise&action=rate because the build setup is changed a bit to make it lots more effective, maybe you could vote again (you need to delete your old vote for this :) ?robertjan 07:28, 30 July 2008 (EDT)

I make heading for this one.--L

Thanks very much. Btw its Deathnote style :D. I love death note.--

Join my contest now or I will kill you.

srsly, now spam this on everyone else's talk page, I've got to get off.--L

Won't the other monk just remove it?

From Build:Mo/A Shrouded Smiter, if they are running Holy Veil it's impossible to remove it. -

"You have no energy management so mabye like the first 3 skills can be used b4 you hit 0 energy." that is what you said about an assassin build that contains critical strikes. I advise you think about this a bit harder; it's rather funny to see someone make a complete idiot of themselves, and you just did a royal job of it.--Ikimono 23:24, 4 August 2008 (EDT)

actually, he's right--spam-chaining like that will run you out of energy; it's okay in PvE with CA for extra auto-attacks 'in between' recharges AND critical eye, but dropping both and adding 10e/20 seconds for Assassin's remedy, and as much again for rigor mortis ... just getting off all your skills is 45 energy, and then you have to spam 10e/3.33 recharge + activation) seconds. you wind up stopping and auto-attacking for more than you pressure.--Reason.decrystallized 23:34, 4 August 2008 (EDT)

What, need elaboration? Rapta said you should {{subst:Your damn template}}. --›

No idea what you mean by that. whats it for anyways?--

User_talk:Rapta/Archive_18#Welcomes <-- the discussion about it. "No, but in any case, people should be using "subst:" when spamming these templates anyways." -- Rapta. It's because otherwise the site has to load the template every time the page is loaded, which takes more time and puts more strain on the server than a substed one. And if it's edited, the server has to go through all the pages, which bumps the job queue if it's used in many places. --›

this doesnt even deserve a spot on grinsh's epic page

Retrieved from "https://pvx.fandom.com/wiki/User_talk:Crossfirexiv/Archive_4?oldid=833332"
Community content is available under CC-BY-NC-SA 2.5 unless otherwise noted.