You have a gift with userpages, by the way. I've never seen something so simple be so aesthetically pleasing. Now have my children. --

Jesus, how much am I gonna owe in child support thanks to this site? >.> Anyway, I kinda need to be awesome with design stuff. I am kinda the graphic designer for our school newspaper. lol? Also, I think I'll be regularly checking this page again, if anyone needs to get in touch with me. I figure you guys shouldn't have to miss me just because I'm tired of wikifail.

This is where all the cool people hang out? If ur not cool go away.----ﮎHædõ๘یíɳ

I think this is moar liek where to trollz hang out. And the people who get banned for funny things.

I was more talking our alternative deletion tag. Haha... But.. yeah. We're just the fuckin' shit, ain't we? Coolest kids on the block, right hurrrrr.

Lol, lesse in a matter of about 2 hours, People have filled up about 5 talk pages, a generous portion of the admin noticeboard talking about me, and i wasnt even there for half of it.----ﮎHædõ๘یíɳ

GWW is fer Cedave makin' his awesome-sauce arguments and telling NPA-nublets to back the shit off. ^_^

GWW is easy for shadow to say something and cause an uprising.----ﮎHædõ๘یíɳ

so does that mean

you're back now? Or just bored of RL for a few minutes? --

I'll be around this page. And stalking a select few other talk pages. I'm avoiding the Builds area to the best of my ability though, for obvious reasons.

Guild Wars currently isn't an option, due to both of my desktops kerploding. New one my June at the latest. Custom built takes a while, and a good amount of money. T_T

It's almost summer, Cedave's getting a new computer for graduation, and he's gonna be back to kick ass and hand out cookies. Unfortunately, most of the cookies are stale. He did save one with sprinkles for Shadowsin, though.

Also, if anyone knows how to get GW to run on a Fedora Core 8 OS with a 64 MB integrated video card and 512 RAM, let me know. I'm kinda like.. dying on the inside.

512MB RAM isn't so bad; the loading times are just kind of bad. And I think my old video card was 64MB, too, and it worked with GW until Vabbi, at which point it crashed my system when trying to load some explorable area. Then I got a 512MB card :D. Not sure about the OS, though. maybe my computer was just a freak, though, I dunno. --

I gets one wif da sprinkles :D Om Nom NOM.----ﮎHædõ๘یíɳ

Well, I only have the options of Millions of Colors and Thousands of Colors. Neither of which is 8bit. Unless GW has an 8bit option, but I'd need to be able to load it to apply it.. heheh. I'll keep trying things. I just ran -images, so that might help.

so i herd godbox can't use indents. <3 and /cookie to you Shadowsin!

so i herd sum1 edited ma message. we don't take lightly to your type around here! Godbox

so i herd cedave don't give two shits. cedave has a history of being a badass mofo. and particularly for being banned for vile yet humorous things. ^_^

Having "Grr" in your name is for sexually abused little girls. Lulz? ^_~

OMG. Thought, I think my NewFail template kinda sums it up. ^_^

You do? so i herd u culd showTIME! Godbox 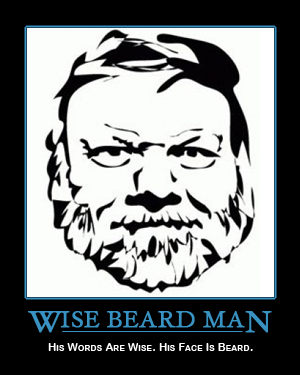 Four months late to the punch. But indeed. --

Well he came to the attention of anonymous about four months ago, was just wondering why you were mentioning him now. --

Because I don't lurk and I happened to find this around somewhere a while back while looking for the real video of the "Internet is Tubes" speech. 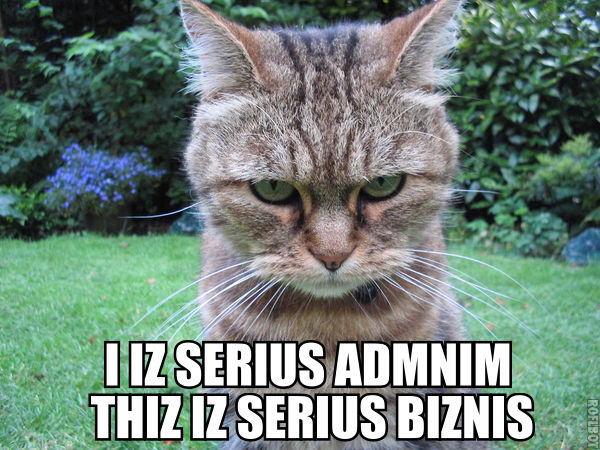 Who do we think wins this one?

But that means no more scholastic visits from Misfate! /cry.

Well, way to kill the drama. Thanks, meanie!

I have to say, normally I don't mind or agree with the updates ANet makes, but they've now removed Shadow Steps from the game, effectively. Dash can now be used to cover the same ground, and has much less recharge.

Haha. Yeah. The real Pancakeway is on here. I was just too damn lazy to actually try to organize the right team. Randomway ftw.

onto Guild Wars. You're logged on and I've been PM'ing you. --

What I have contributions on that IP?
Also, IP's probably changed. Release/renew does that. -- Armond Warblade

My page, and something on User:Shard's page that comments with "armond fails at +watch". yeye.

Lawl. I just read through his talk. That kid Shard is 4srs sum srs bsns's srs bsns. Apparently no one taught him the difference between having an edit button on a page, and editing a server's contents through restrictions. I think I'm gonna have to make a srs bsns template for that kinda thing now.

from da Bahamas, it kinda really sucked. Visited 2 tourist traps, so many fucking salesmen. Cops were trying to sell us weed so they could throw us in jail. Good part was no drinking age <3.----ﮎHædõ๘یíɳ

Haha. Awesome. Well, at least the drinking age. When I was in Mexico, the cops tried selling me weed, too. It was pretty funny.

It's a rarity, for sure.

ohai. btw. your text is really hard to read being a light grey and all. would it be brave of me to drop PW:SIGN on your page? Haha.

It must be followed by a witty and perhaps hilarious comment of the highest calibre. — Rapta

Bspike is fail I herd?

Would fail badly if we had a WoH support. The only reason why bloodspike had an advantage is because one HB monk isn't enough healing.PikaFan

We'd be better at it if we didn't suck so much. Also if I was bothering to look at what I was calling. Also if we had a good snare.

I did notice he was on his mes at one point last night... -- Armond Warblade

All my PvP toons are named Cedave Used Frenzy or Cedave Used Mending or some such faggotry. So I dunno how you'd be sure, Armond. Also, yes. We went 5 in a row with no monk and only two players had self-heals. On a similar note, it's hilarious to watch a 55 cast prot spirit with VoR on him. He fucking exploded. Also, I love VoR/Emp/Backfire.

I went ten in a row with no monk in RA yesterday. We had two dervishes, and ranger, and a warrior. And then we won a battle in TA against a team with three crappy monks (Only one of them had a secondary and he was running something involving healing burst) and a scythesin. ¬ Wizårdbõÿ777(sysop) 13:24, 15 September 2008 (EDT) 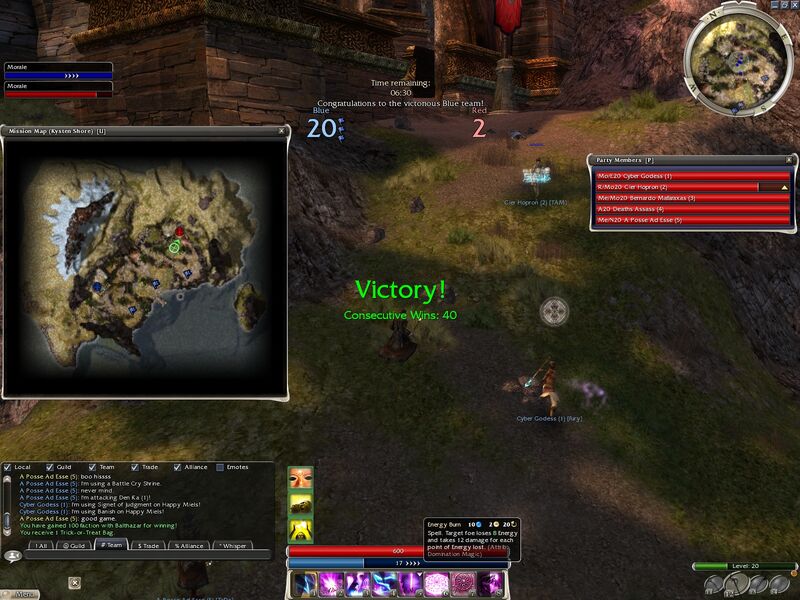 ye, it took alot of the retarded luck out of RA since you already knew everyone had at least a semi-decent bar and health. hopefully they bring it back this halloween (and update it accordingly with the skill balances). --Mafaraxas (talk) 19:51, 14 September 2008 (EDT)

I ran into an ineptitude sin in FA yesterday, no joke. Fortunately, he could never put it on me before I got through my actual attack skills (kd deadly arts combo ftw). -- Armond Warblade

I was running Lyssa's Aura Blood Magic Spam most of yesterday in RA. It's fucking epic, not gonna lie. IT'S LIKE A WAMMO AND A BLOOD SPIKER IN ONE LOLOL

you suck. Warriors with monk only skills is better. Godbox

It was a The Who song, you younguns. Their bass player wrote it, which is why it sucked so much compared to their more popular pieces. -Auron 17:08, 15 September 2008 (EDT)

It was pretty epic. Grinch wrote a joke poem for it, if I remember correctly. It was quite lulzy and generally sucked at everything besides being annoying. Kinda like the song.

I am a brave monk 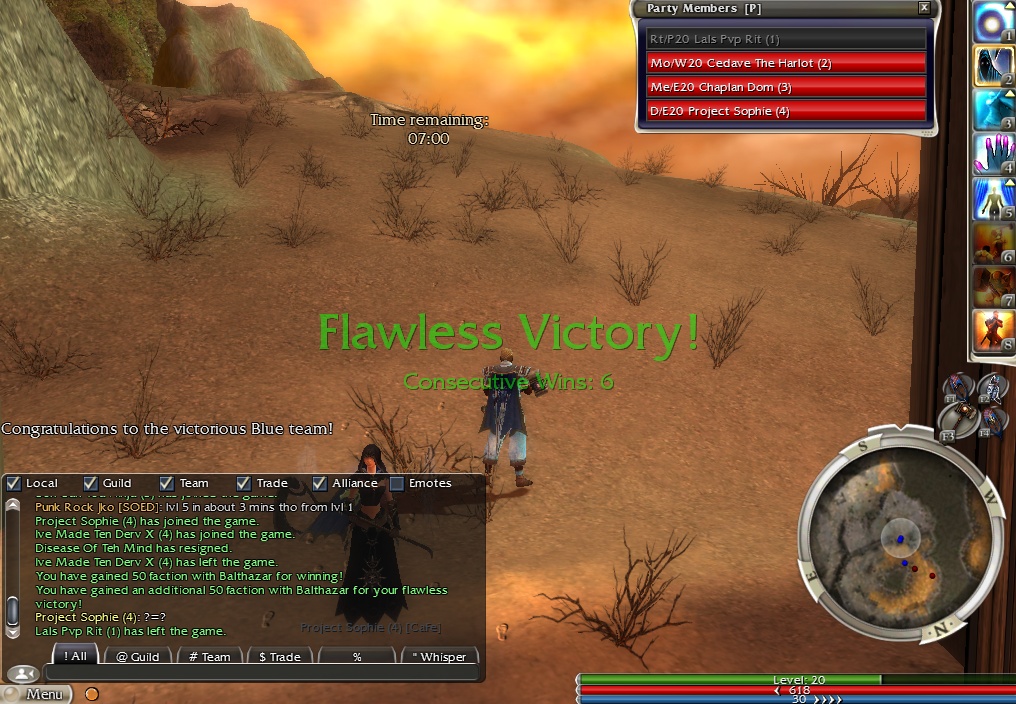 Made it to 9, then we faced an actually decent BB Sin, two monks, and an IA ranger. 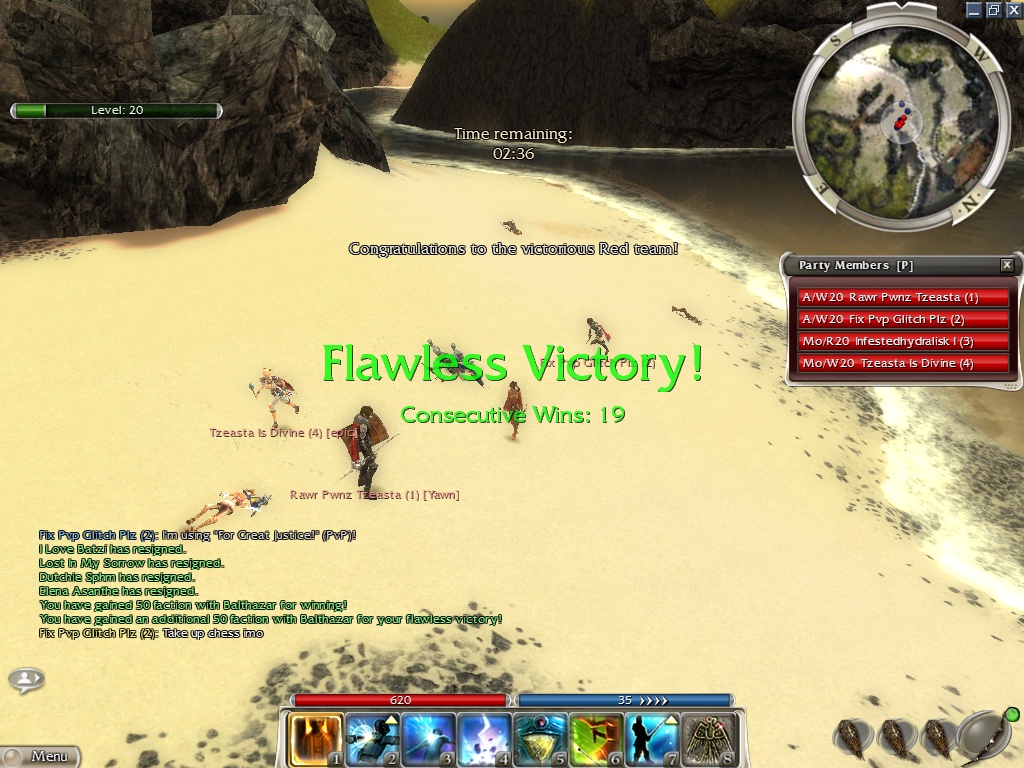 Not as brave tbh. Att spread on me is 12 Prot, 5 Divine, 9 Hammer, 8 Tactics. I have 4srs brave skills of hammering. qknocking rangers makes them rage.

You lie. You lag too much to dshot WoH, you laggy chav. Also, I hammer Bash Patient Spirit. WUT NAO?

Actually, I meant to hammahbash WoH, forgot it took me a second longer to hit him than it took him to cast, and caught him as he tried to cast PS. I'm epic like that. Also, my ping is usually green, except when I'm RAing at 5pm lol.

Retrieved from "https://pvx.fandom.com/wiki/User_talk:Da%C3%B1%C3%B1y/Archive_3?oldid=878392"
Community content is available under CC-BY-NC-SA 2.5 unless otherwise noted.