My lecturer told us next time we see a sheep, kick it to see how similar its behavoir is to POROBOT. - AthrunFeya

I'm not, but a poro comes to live with me occasionally. Ohh, I popularised the use of the word poro in the english language. - AthrunFeya

thanks for telling me you were gonna gvg in my guild without me :< 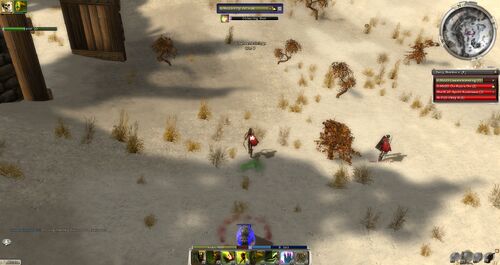 Sign your name (+ ign, if I don't have it) for occasional/daily CA. I cbf pugging all the time, and I'm always lacking someone.
Time zone preferably euro. American is fine, but you'll be abused more rarely.

I must be bad 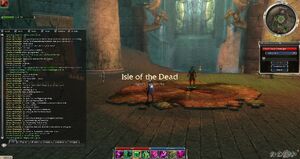 What're you TALKING about?! 1v1 is the true test of GW POWAAAAAAAA! Karate

he also does RA, he played A/N assacaster once with Aura of the Lich as elite LOL and he went like: ZOMG I HAVE MONK ON MY TEAM AND YOU KILL ME FIRST?! SUPERNOOB. so i was like, usopro Terran 17:16, November 18, 2009 (UTC)

I love how some people don't comprehend simple facts that focusing damage on monk 24/7 can be terribly bad and that 2 monk teams are capable of winning if they have an ability to push kills through something. Like a BB sin <3 ---Chaos- (talk) -- 17:18, November 18, 2009 (UTC)

I send you a pm and you instantly go offline. >.> Invincible Rogue

I just said sup. What is your time zone? I know you're in Europe, but you're always off whenever I'm on. I'm going to make a video for DarkMugen. Invincible Rogue

Actually I was going to say you could die and watch. :P I wanna get a good time, too. the best I've gotten on sin without natural stride was like 3:52 or something. I can't remember. Invincible Rogue

dont be dumb, go remove your vote. its still a great build, it just doesn't work in this meta, which either means archive or removing the meta tag (i think removing the meta tag, people in 200-300 run it). let us do the voting, you can do the trolling. Gringo 18:22, November 19, 2009 (UTC)

Ok, I'm tired of seeing you and Saint drag this pissing fight all over the wiki (not singling you out, btw). Talk to him on MSN or use each others' talk pages to get this out of your system or you can both take a break. Karate

^ well, and tbh, I've always acted like this. Now I just get to give people time outs :D. Anywho, I'm just surprised the two of you are bitching so much. I <3 the both of you and trust you both to get over this. But it is annoying to see it dragged onto 4 different buildspaces. Karate

its nothing to get over, hes been 5-5ing "joke builds", vote balancing without getting opinions from everyone, and making idiot comments like "ive won all arguments with you!", and while doing this he takes offense to me calling him an idiot (lol?) Gringo 19:59, November 19, 2009 (UTC)

I haven't claimed to have won a single argument, I've said that my arguments are valid. There's a massive difference. If you would try to perceive it from a 3rd person perspective instead of getting involved, perhaps?
It was an obviously biased author vote, and I'm allowed to question your intellect for not knowing that.
I considered the matter resolved, and your solution to the matter was truly idiotic.
Please, try again. Your reasoning's are flawed. ---Chaos- (talk) -- 20:04, November 19, 2009 (UTC)

A/x with secondary + maybe weapon swap for deep wound, the short chain sounds very brave and fun. If monk has anything decent then we obv run it with some lame secondary defenses, otherwise we go brave zulu. BA sounds viable, but I want preparations D:
Hexes? Any source of blind? But damn it, my class starts pretty much now so I won't be able to do anything before I'm at home. Some 3 hours. ---Chaos- (talk) -- 08:40, November 24, 2009 (UTC)

So this guy in Beacon's was advertising as pro, so a friend and I teased him about it. We told him to race us, and he said he would bet 50k on it. (Of course, we knew he would never pay.) So, my friend raced him. By the time my friend was at the wurm path, he was almost out of the first cave. xD I got this on video, by the way. The "pro" runner was using Vital Boon, Mystic Regeneration, and Fleeting Stability. xDDDDDDDDDDD So he died from muddy and ragequit. Of course, he didn't pay. xD Still funny. Youtube says hi. Invincible Rogue

so i'm applying for a phd in finland...

Also do you feel like sorting out the English on this for me? - AthrunFeya

tbh, i wouldn't have chosen that colour lipstick. - AthrunFeya

If he's a sock, then he's proxying with 4 different IPs. Checkuser doesn't show anyone else. Karate

Go check his contributions, I haven't read through it, but from what I've seen, the fella knows too much of PvX. Have you ever heard someone who registered within a week mention anything about NPA breach? ---Chaos- (talk) -- 23:06, November 28, 2009 (UTC)

No...hmm, but maybe he's a user of GWW and thinks their the same rules? Idk, if he is a sock, then he's a godly one. Because he's used 4 IPs and none of them are known or used by other users. Karate

I'm not doubting he's a sock, I'm just saying he's damn good if he is. The IPs are all from the Univ. of Maryland campus, if that helps narrow it down. Karate

Tbh, that part's not hard. Checkuser gives me their IP addresses (which granted you can't do), but you can still look up their IP location just as easily as I can. Just go to contribs, c+p the IP address, and at the bottom of the page there's a link that says "WHOIS". Click that link and it'll show you pretty much exactly where they are. Oh, or you can just c+p their IP into your address bar. That will do the same thing :D Karate

Retrieved from "https://pvx.fandom.com/wiki/User_talk:Dandybot/Archive_7?oldid=1117101"
Community content is available under CC-BY-NC-SA 2.5 unless otherwise noted.