i'll interpret your silence as possibly lethal shock and awe. but remember:

If you an experience epeen erection lasting more than 4 displays of epic ecoolness, call a doctor.--Dark0805(Rant/Contributions) 17:13, 1 March 2008 (EST)

Unfortunately, I've removed the edits from the page's history, but for future reference, they were indeed very lulz-worthy. --

both of you, stop trollign my page! unless i fidn another link. then you can get on your knees again.

This discussion was brought to you by everyone vacating rawr's TB channel.

fyi, theres a difference between me not liking it much and how much it is used. I like seeign necros doing their thing. i don t doubt its usefulness, though.

no one really cares who joins or not. But if you are good, (i.e., i see you play HA, are you like, r8 or something) talk to User:Rawrawr_Dinosaur, who is the leader of Zeus and its alliance, which includes its more high end pvp oriented guild, Invoke Lightning [Zeus].

was just how i leanred it. extra / makes no dif to me.

Hi man. I accept your apologies and also i'll offer my apologies to you if somehow I have been offensive. I know how one can feel when one build is WELLed and it something dissapointing (I have also suffered it. And, of course I though it was a worng decission ;-) )I think your point of view of the build is absolutlely great and I really think that the union of both makes an absoluletly awesome build in arenas. That's a good end. There is a spanish quote that says :"Bien está lo que bien acaba" --> "All's Well That Ends Well" (something like that.. ;-) ).

p.s / mode ironic on: Anyway, I would like not to have you in front with the next build to submit.... I don't know what had happened without cedave or shadowsin support.... XD / mode ironic off

p.p.s Well, to be total fair, I only submitted the build and make some comments. Build author and GW strategy "expert" was not me. It was my 12 years old child.

I have new messages

ROFL when I read that :P You spend way too much time here my friend.

My lawyers have advised me not to comment on that. Arf is perfectly acceptable though.

i herd that roasted ducks were pretty gud ----InfestedHydralisk

and those r gud yah ----InfestedHydralisk

can be found spelling your name at the top of this page and spelling the word "contributions" in your signature. I recommend a darker pink. -- Armond Warblade

PICK THIS ONE –Ichigo724

lerntomixred+green+blue? Also, if you don't, just use this. –Ichigo724

Took me like 5 previews to get the color. –Ichigo724

That srs bsns was inspired by what Tommy said about RA the other day when I faced him, so I just carried that around for a day or two lulz. Anyways if you want the quote of Tommy saying RA srs bsns then I'll be happy to pass it to you. -- Nova

Facebook is full on unecessary information. as it turns out, me tab and grinch are all leos. and tabs bday+my bday=grinchs. weird. separated at birth w/ spoofed bdays imo.--Dark0805(Rant/Contributions) 22:33, 1 March 2008 (EST)

"Understand how probability works before you tell someone they're wrong" You're probably right and you need to tell me what I said wrong, Build:W/D Enduring Scythe.

O lol. (x%) weapons dont work off of a ratio, i.e., every 10 hits, you get one furious hit. Probability is a chance. A furious weapon has a 1/10 chance to trigger, not a 1/10 guaranteed trigger. Also, "probability has no memory". Theres nothing to stop a furious from tiggering multiple times in a row. Think of it like this:theres 50/50 chance of landing heads ona coin toss. Nothing stops the coin from landing heads 10 times in a row. the coin doesnt have some internal machinations that realize:"hay! i already was heads, time for a tails drop!". GW works the same way. The chance of furious triggering multiple times is theoretically:
10The number of times you want it trigger
3 times:
103
1/1000 chance.
So, when he said it triggered 3 times ina row, he was just lucky enough to have a 1/10 chance occur 3 times in a row.--Dark0805(Rant/Contributions) 12:45, 3 March 2008 (EST)

IT'S OVER NINE THOUSAND! Godbox

Remember that time you complained about the lack of a signature policy on Bulbapedia?

Now Bulbapedia's got a signature policy, and I'm the admin in charge of it there. :D Props to you for bitching about starting it in the first place. :P --

Banning half the userbase wouldn't go over well on my resumé, unfortunately... --

You of all people should know just as well that good players can run bad bars, or atleast bars significantly more challenging to be good. tommy sucks, he ran d shot on a monk.--Dark0805(Rant/Contributions) 08:49, 9 April 2008 (EDT)

Tried to make it a bit less joke-like, cleaned up the bar a bit and such. Care to revote, or suggest stuff if it still sucks? No hard feelings if you leave it be. -StarSeeker | My talk 11:24, 9 April 2008 (EDT)

What am I supposed to be looking at?

If it's the dual ranger build, what I said before still stands - drop the fucking derv and run something that actuall makes sense with the build. Also, less SoR flagger, more WoH E/Mo. No party heal is suicide. --

Yah but i put in the para, and, regarding the SoR: Extinguish seems to be a really good choice. it can let the para drop rotting whenever he wants and not start a backwards spiral. And i like sor much more than woh, always have. should i change it to the sor on the dual ele build? but, i just dont think extinguish can fit with hp. no way, in fact. the derv=i really want that sort of highpower spiking just dropping shits everywhere. move the response to the talkpage of the build by the way.--Dark0805(Rant/Contributions) 14:44, 18 April 2008 (EDT)

Extinguish doesn't matter. You use Rotting when they're about to blow, it affecting you is irrelevant then. You need a semi-offensive flagger, as it is a pressure build, and running no party heal is suicide, therefore WoH E/Mo is the best choice. Dervs suck. By 'high power spiking', I'm going to assume you mean 'one part of gimmicky spike builds without the support that makes it so good in return for the loss of a frontliner that causes actual pressure'. --

Or, in even more simple terms, you're gonna blow the fuck up 3:50 into the game, you'll have no damage, no pressure, and you'll lose to r900 scrubs.

Dark do you have X-fire? if yes tell me your username to add to my friend list I dont have MSN :/ my X fire is: daviez =)

Omg, you ninja'd the revert on my page, lol. ɟoʇuɐʌʎʞɔıɹ

The vandalism, you reverted. I was about to do it, but then it was already done :P I have no idea what it's about though... I only went to 4chan like....twice, lol. ɟoʇuɐʌʎʞɔıɹ

Get on msn. We arrange a pokemon battle. --

Kk, having my test voided ftl. the peasant rebellion of 1524-25 was the DBQ, the FRQ's, or, rather, the ones i chose, were the rise of antisemitism in the 19th century and the political obstacles to western european restoration after WWII-1989. not bad. we burned our books in the rain after the test.--Dark0805(Rant/Contributions) 18:50, 11 May 2008 (EDT)

Eh, it just rubs me the wrong way for some reason. It bothers me, but in reality, I guess it'll help maintain PvP balance better. Marthis Toptier 23:03, 23 May 2008 (EDT)Marthis Toptier

is it really that hard to get my name right?

was an epic movie, i dont know anyone else that saw it-- 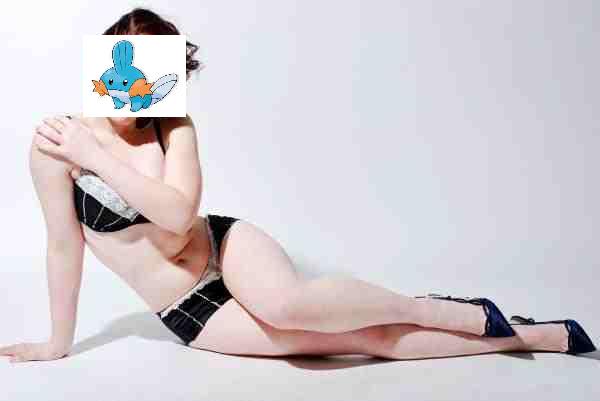 Some lass I know, drunken pull a couple of times before she went down the drain, got pic cuz she used to model alot. Smack isn't even that addictive. —The preceding awesome-sauce comment was added by Rawr. 21:19, 10 August 2008 (EDT)

Wtf are you smoking? Rapta hasnt done anything. He removed your thing from noticeboard because your thing had no reasoning or any indication as to what you meant. —The preceding awesome-sauce comment was added by Rawr. 19:19, 11 August 2008 (EDT)

Your sig hurts my eyes ๔คгк

So sorry, but all those items are going towards the make-dark-not-look-like-a-beggar fund. If you can find a gullible loser, the draconic spear was sold to me by ensign, and we could split the profit of selling to a retard. otherwise, sorry.19px--Dark0805(Rant/Contributions) 10:27, 16 August 2008 (EDT)

on Build:A/E Shocksin would be more convincing if was about something other than the name. it's a 'sin. it uses shock. real reason pl0x.--reason.decrystallized Shock is a costly interrupt. 20:35, 16 August 2008 (EDT)

Shocksin is one of the names for the original AoD sin. That sin has been nerfed ateast 3 times and is still thousands of times better than crap like that. noticeboard owns.19px--Dark0805(Rant/Contributions) 20:37, 16 August 2008 (EDT)

you voted down an RA/TA pressure build because you liked a GvG telespiker with the same name better? fail.--reason.decrystallized Shock is a costly interrupt. 20:58, 16 August 2008 (EDT)

The build is still bad lol. Sins are too fragile for frontlining in most cases, with shock you cant manage energy on a spam bar, ntm with no IMS and no stonefist, you're only able to snare maybe 1/10th of the time, and touchbased without IMS=lol running.19px--Dark0805(Rant/Contributions) 21:08, 16 August 2008 (EDT)

How bad do you have to be caught by that skill more than once. Its RC food at the stand, cripshot can spam, this cant. As a splitter, monk ranger ele rit or warrior, if i was inside aggro range, i just wouldnt move, or get a block on and then attack you. The rest of the bar is a bigger threat than that skill.19px--Dark0805(Rant/Contributions) 11:35, 21 August 2008 (EDT)

Mel shot is good, don't mess. Just learn2use it well. Also, about blocks, you have dshot and one of your main tasks is not letting warding getting up. —ǘŋƐxɩsƫ 10:54, 30 September 2008 (EDT)

go there and give your input. the moar bravery the better.

I feel for you

"D/N is better" is a terrible argument. Both builds have different usages. Please elaborate or revise ratings accordingly.PikaFan

No its really not. They both passively support the party offensively and defensively. Spammed party heals and double adren>gettign an extra 10 damage on 2 physicals.--Dark0805(Rant/Contributions) 14:45, 1 November 2008 (EDT)

Double adren is covered in the variants. This is not a healer bar, ie, it prots, so your healers don't have to gimp their bars to put prots in. Different usage. It's like arguing cripshot rangers and magebane rangers are the same since they perform support roles.PikaFan

No they have the exact same purpose. Paragons exist in PvE so both the monk and the D/N can heal like fuck. And its really nothing like comparing CS vs. MB(which is absolutely valid also, btw). That shit build is trying to be a D/N and is failing balls at it.--Dark0805(Rant/Contributions) 17:59, 1 November 2008 (EDT)

Retrieved from "https://pvx.fandom.com/wiki/User_talk:Dark0805?oldid=730873"
Community content is available under CC-BY-NC-SA 2.5 unless otherwise noted.