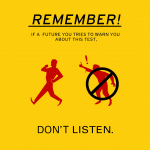 Since you're a contributor of builds, you might want to glance through this: User:Panic/Newbie Guide. Enjoy yourself here. - zomg!

If you want to create new pages that are "yours" (ie they sit in your "user space" and are semi-protected from anyone editing them but you) then create pages with names like User:Deadfalk/my new page. If you forget the "/" then it thinks you're trying to make a page for the user "Deadfalk my new page" and if you forget the "user:" then it thinks you're trying to make a public article called "Deadfalk/my new page" etc. Anywho... I moved "Deadfalk Mesmer builds" to "User:Deadfalk/Mesmer Builds" - PANIC!

Your build has been moved here as per PvX:NAME. Godbox

ok, thanks, id like a siggy with Dead in pale yellow, falk in olivegreen - if that isnt too much of asking - i got no clue how to work with that coding,really, and tell Life im sorry - i just plainly love that siggy :P - ill sign with date and link for the coming time then Deadfalkand his talk10-03-2010 18:49

Deadfalk thanks a lot, Chaos :D

siggy test (thanks for the "tutorial", chaos) Deadfalk

Retrieved from "https://pvx.fandom.com/wiki/User_talk:Deadfalk?oldid=1122639"
Community content is available under CC-BY-NC-SA 2.5 unless otherwise noted.