Don't know if you've realized it but..User:Wildman101092 you sorta messed up on that welcome :o BLUE LAZERSEat It

Makes no sense. Moebius is doing next to nothing if your Lead>Offhand cycles almost as fast as Moebius (I think it's like 2.8 to about 3.4), and you get in an extra 2 or 3 hits. Basically, it does more damage, attacks faster (better for buffs and SY), and has a fucking optional elite. If you would, please revise your vote. --

ur vote on postnerf R/A

way too high, this is terrible now, A/W does it better now. Also DB got recharge bumped. Gogo archive or put to pve cause im too lazy to

I thought you would know by now that NPA is a joke on this site? Anyways its best to just not care about it. Revert and leave it alone, and hopefully they will realize its just a waste of their time because it accomplishes nothing. -- Drah 04:34, October 1, 2009 (UTC)

NPA used to be serious, but things have kind of degenerated since then. Right now its pretty much just stay on the good side of frosty and you wont get banned. -- Drah 04:44, October 1, 2009 (UTC)

Why not a DwG rit instead of OoS?

Energy would probably start being an issue. unless you put siphon/bloodsong in it (guesstimating build)--Ikimono"...And my axe"

Sean Combs wants to be the next James Bond? zzz.

Even though he was pretty good in the "Raisin in the Sun" TV Film, which he supposedly memorized the entire script for after a single reading, he wont be able to pull off James Bond. -- Drah 00:42, October 8, 2009 (UTC)

No offense to black people, but I thought it was a stretch just going to a blonde bond. Like I said, no offense but, it just doesn't suit the style of movies. It's like choosing a blonde skinny white boy to play a gangster in a gang movie (inb4 Eminem he was not gangster not cool, no matter what you say). --Frosty Mc Admin 00:12, October 9, 2009 (UTC)

Probably should be archived and not voted to trash.

Pretty sure you're american and therefore nobody except americans give a shit what you think Rawrawr Dinosaur 21:10, November 2, 2009 (UTC)

First one i clicked on

You're retarded, Luke. Also, what in the fuck does "do you get better fucking reasoning" mean? I'm not fluent in autist, unfortunately, though I am getting better at it the more I stick around here. ··· Danny Pew Pew 21:36, November 10, 2009 (UTC) 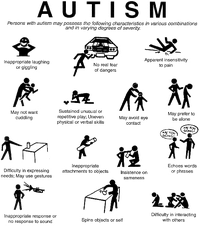 I want it but my comp can't handle it. Send me a few hundred bucks will ya?

Borderlands Online play apparently works 100% with a pirated copy. The gameplay is good enough if you want to buy it, but the ending is a little bit of a let-down (was too easy for me at least) --Ikimono "...And my axe!"

Send it to me if you throw it away? =P

Buy a PS3 and play Uncharted 2, seriously the most fun game ever made.

I just got a new computer, (I had been using a mac before), and I have had the orange box for awhile. I was wondering if TF2 was any good, or if I should even bother with starting to play it. If it is good whats the learning curve like? -- Drah 02:04, 26 January 2010 (UTC)

Retrieved from "https://pvx.fandom.com/wiki/User_talk:Drahgal_Meir?oldid=1020084"
Community content is available under CC-BY-NC-SA 2.5 unless otherwise noted.