Do i have to get rid of the small caps too? cause it doesnt change the spacing. and neither did BIG cause its still under the size because of smallcaps.

Small caps and such things are not restricted by PvX:SIGN so yeah, you can use it. However it does not change the size of the font so your latter argument is invalid. ~ ĐONT*SYSOP 13:14, 18 August 2008 (EDT)

your right... i need to get my eyes checked.

Choose one and keep it. Currently you have User:Mg which redirects to User:Brenden which is not even a user. And now you have this. I can just hope that this is not an attempt for sockpuppetry. ~ ĐONT*SYSOP 05:10, 11 August 2008 (EDT)

Disregard that. I see that Frv already blocked your old account. Anyway, I would recommend you to move your old talk here so the other pages can be deleted. ~ ĐONT*SYSOP 05:23, 11 August 2008 (EDT)

Yes i asked him to delete the other one for me. i gvg with the pvx people as effin, and no one knew who the other acc was so i just changed the name to something recogniseable. just copypasta the talk over?

Thanks alot. no im not going to need it. i wanna do something nice with this one but im too lazy anyways. thanks again

that was me who made the edit to my userpage, it signed me out while i was editing.

ill revoke your piplup club membership next time you do it :< --Tab Moo

afk less :( I always log in and see you on (and only you because everyone else is too fgt to be active) but you don't respond. Then I afk and get back to see you responded and have since left. QQ--

STOP WIKI FAGGING AND AB WITH US

STOP WIKI ABING AND FAG WITH US

Why godliest? you make me sad panda

Who is this Godliest you speak of? --

UPS i r read baed. sorry guild haha but you both make me sad panda. QQ. and damnit star its mai birthday say something appropriate ;)

i demand to see the accuracy of whatever that is first.

it was my birthday, i was drunk, and i cant change shit once its there. if you can censor me plz. and look at what i wrong on jebus' page cause its just a quote from a song. also, what rawr said.

I warned you because of the second link. But when you asked I noticed the faggets one too. Also, don't expect me to watch every random YouTube crap to know whether you NPA or quote something. If you quote, use quotation marks; otherwise I will take it as an NPA. ~ ĐONT*SYSOP 17:43, 10 December 2008 (EST)

stop being so bitchy imo aswell, people get called autists/retards/fags every minute yet no one complains. Example: (idc, don't bitch at frosty for this) [[2]]

censor me plz. and come make me not drink as much. gw:npa =!= no public attacks. none of it was directed at anyone...

You have been warned, I have no intention of doing anything else to you. What you drink is your business, but it's not an excuse. They were directed at everyone. By your logic everyone could spam "fuck you faggots", because it isn't directed at a specific person. Also, PvX:IGNORE. ~ ĐONT*SYSOP 03:16, 11 December 2008 (EST)

No i cant spam that, cause thats spam and admins will perma me for it.

Everything on this fucking site is fucking NPA, it's even fucking NPA if you say you hope someone gets banned... Brandnew. 16:03, 11 December 2008 (EST)

I am overjoyed to be your friend.

QQ i demand an explanation 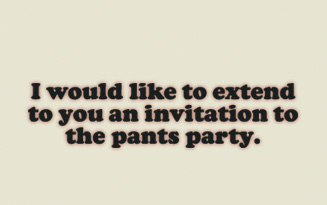 i cordially accept your invitation, and have planned out the agenda for the evening. i will pick you up at 7, we will go for a candle light dinner and tea, and then the pants party will commence.

srsly. dont i think you should just set up a tent and camp my talk page cause your here every second change i make to anything. i like you :)

Well, it does kinda of make signature with non-transparent images pretty ugly looking. --

Can we be friends?

k. what could i do with my userpage to make it look nicer tbh?

K well i photoshopped the intro pic cause i like brains' [3] idea on wiki. is there anyways to get the border to go around the tabs too cause i tried and ended up with a white background where the tabs were and it was just damn ugly lol. and uhm i dont know the code for centre :P

<3 im so bad at this. i usually copy pasta and then change stuff. the only thing i know about code i learned in grade 10 computer prgramming and that class had (literally) two autists and one kid who still wet himself.

People are fapping to your gf (or bf, if ur a chick) Jebus

Actually most are fapping to that weird straw thing if I remember correctly. - Misery Is Friendly

it's the straw. but srsly i could be either and be sexy all the same. i just lol when people do... cause everyone knows all the pvxers are sexy.. nat.

Damn, I just fapped so hard to that straw pic

From your user page:

Retrieved from "https://pvx.fandom.com/wiki/User_talk:Effin?oldid=934076"
Community content is available under CC-BY-NC-SA 2.5 unless otherwise noted.