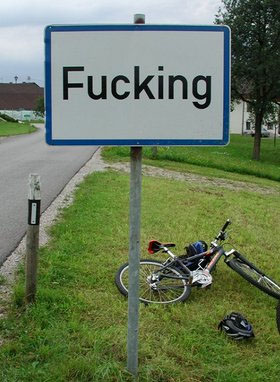 Why is said Negro

We've gotten quite a few TA wins... Not with this do. In America, you get atleast like 2 randomway/shitway teams and your generic "DARRR IMA TRAPPER FOO!" team. --

And apparently Crossfire is a bad Mesmer... No offense.

Also the dervs had hex breaker...--

Anet should make that into an emote, tbh. Your character looks around nervously, and then starts screaming and explodes. ــмıкεнaшк 14:13, 31 July 2008 (EDT)

Crossfire, i watched you use ineptitude on an ele O.o And you own hexbreaker by using auspicious + nightmare/imagined first--Golden

Is he as bad at mesmer as I am at monk? I spam heals on people with full health just in case. And stay right behind people in PvE FoW HM >.< I'm getting better though :D Invincible Rogue

How is it that some guilds played 6 rounds and others played 4, no forfeits involved? Is the gw.com result table just fucked up horribly?

This user is a candidate for deletion, because: Inferior to User:InfestedHydralisk as per PvX:WELL

If you disagree with this user's deletion, please explain why on his/her talk page, and then go sit in a corner and cry because your opinion will be ignored forever. Even if you intend to improve this user, please do not remove this notice. It will remain as a reminder of this user's shameful past.

Administrators, remember to check that you are wearing your protective gear and don't forget to revert all of this user's contributions after deleting.

the link to the talk page links to the User_talk_talk.....~PheNaxKian (T/c)

cuz its originaly made for userpages doh ~.~ --InfestedHydralisk

u take that back

Whatever you fucking asshole idiot whose got shit for brains and whose mother is a whore and whose penis is the size of a small cashew. --

I already infested your mother's pants last night with my privates. --

bring me some new news --InfestedHydralisk

Oh yeah, you're a stupid Euro. I forgot. Both are presidential candidates... I can't believe you haven't heard of ATLEAST Obama (he made speech in Berlin with 200,000 people attending). --

I hope that was a joke... Berlin is a large city in Germany (the biggest one infact). The BERLIN Wall ring any bells? --

It's that country right between Canada's eastern border and Ugoslavia. --

The axer failed, use a hammer.

Sup dewd. Come do the deep we need an ursan for heroway O: Gimme ur ign btw.

I recently started playing the Red Alert 3 public beta, and will likely be playing as the Soviets non-stop for at least a month. Prepare for some commy-tastic screenshots. Tell the other pvx communists, I don't know who they are tbh.

Apparently not famous enough :P. I've never heard of it, unless you're watching Star Trek. --

Starcrat is meh at best tbh. I mean. WHERE THE HELLS THE COMMUNISM?!Dutchess of Roseakalukejohnson - talk 13:16, 3 August 2008 (EDT)

wow u guys fail at RTS games, StarCraft is definitly the best --InfestedHydralisk

Age of Empires and Empire Earth is where I draw the line for RTS'ers. Not much outside of that. --

Empire Earth sucks. Rise of Nations owns it. Age of empires is awesome though. ---

But the rediculous number of ages and the really slow gameplay sucks. ---

Cheats make the game no fun. If a game is olny fun if you cheat, it sucks. ---

lolwut? Some nigs need to stop being ignant.

:P Sway is fucking stupid but it's still got that "it's a page on PvX so don't vandal it" protection... Despite how true it is. --

Yah. But.. I dun see how Sway is still great on here. It gets rolled by anything, I think. Or at least anything I've played or obsed.

That is a lie. DW Means Don't Worry (Deep wound is ineffective.) and Yes I am slightly retarded. That could be why I have a kitten on my shoulder. It also explains the drool in my lap. Oh and btw DW does mean deep wound on the wiki <.<

Don't Worry?. One of his characters is Dont Vvorry, TBH. Anyway, DW means Deep Water, meaning not to go into the deep end. --

Sure, why not. It's basically for teaching GvG but if you don't want to you don't have to. Just give me you're IGN and I'll invite you. Mine's Guild Mc Communist. --

Are you sure you can fit occaisonal GvG into your busy schedule of standing around in Kamadan talking about WW2? Also lol @ wutz Selket's IGN. -

My favorite line was "Nazi Germany? Technically advanced? WTF? LOLOLOLOLROFLCOPTOR!" wtf do they teach kids about WW2 these days? -

I hurd Panzers and assault rifles were outdated. -

You forgot those fucking huge artillery guns and the Luftwaffe. -

I've always wanted to lrn2GvG, if you can put up with my initial suck I'd like to join. Primary IGN is Iol Pie--

Oh don't worry, suck is expected if not required. -

If you want an invite just ask. All PvX'ers are welcome... to some extent. --

Well, the goal was to "teach PvX'ers to GvG so we don't suck so much". Although we've lost practically every GvG (except for one vs. horribad team) I guess we've become smarter... --

Yeah, pretty much. And Gank Wars along with TA is fun. --

If I don't start my own guild, I might be looking for an invite. I've gotten the go ahead to try to shape up the guild I'm in now, but I don't see much hope for it. If nothing else, maybe we can ally and shit.

Retrieved from "https://pvx.fandom.com/wiki/User_talk:Guild_of_Deals/Archive_19?oldid=645070"
Community content is available under CC-BY-NC-SA 2.5 unless otherwise noted.