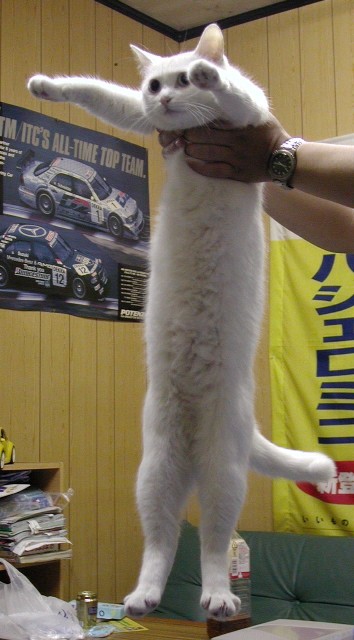 yeah, if u scroll back through GoD's archives ull find a discussion about GoD asking which "of the day" to make, one of them was trash build, and i recall posting, "well if ur not taking it, i am" :p--

@ TNP, please vote for my build. It needs 1 moar and you just mite be the lucky guyy. U dont hav 2 vote 5-5-5 liek evryone else so vote biased on your own perception and if i disagree with it ill post it on the admin noticebraed and get you flamed and called a noob for eternity :D. So remember no hard feeling k :D :D :D Build:Mo/W HB WoH Balanced Monk--

gratz on great :p. liek the build too--

I tried making the template, but the coding doesn't like me. I'll make sure to add yours. --

I may be the anyone who knows this or noticed it, but does anyone see the Matrix reference? In Revolutions, during the final burly brawl, Neo punches Smith across the face and it looks exactly like this. Funny, huh? --

Do any of you remember that scene in the Matrix Revolutions burly brawl? --

I know what you're referring to, but in the Matrix Smith's cheek gets all wrinkled because of the blow. That's not the case in Skull Crack's image. ɟoʇuɐʌʎʞɔıɹ

Seeing that it might actually be a referrence. Even though, I don't even know if the movie was out when they made Skull Crack. ɟoʇuɐʌʎʞɔıɹ

Probably. Vocal Minority is also a Matrix reference if you didn't know. --

Eh, wierd. We were doing fine and in a large alliance. Oh well. Anyway, I'll try to get Igor or Crossfire to invite me to whatever guild(s) they're in now, or worse come to worse, try to join the current PvX guild. --

Alright. I'm thinking of eventually converting my sandbox to things like that, and now I have the link. It looks really nice, regardless. --

It used to be, but it got buffed a couple months ago. ---

rawks :O especially the Wifi part :) you cant acually be the hunters in the story line, but u can be them in multiplayer battles, its epic--

i wish MP3 had multiplayer and wifi, and choosable characters :( --InfestedHydralisk

Yeah. The multiplayer for MP2, although sort of tacked one, was pretty damn good. --

Is the epicest game ever. I mean comeon a demo that lets you multiplayer and upgrades and is just the bezt game evuh???!??!?!!--

lol everyone who got a DS when they came out has tht one :p and yea, pretty epic for a demo--

I don't have the demo, but Metroid Prime is good. I hate the back tracking and the lack of direction (I usually get lost), but it's very good. To have my favorite games (Zelda, Metroid, Super Mario) portable is always good. --

I like Pokemon Diamond, Zelda PH, WArioware touched for sure.--

Crossfire, GoD, Hydra, and me are all on the wiki at the same time. maybe we can have some sort of epic brawl rite now--

ups i did some caps in there --InfestedHydralisk

I have all you on my friends, so lemme make the room. Meet you guys on. --

GoD u hav2 register me--

I beat you as Sonic :O. And I found that I'm good with Wario... I always liked him, but never knew I was that good with him. --

Yeah, I could definately see that we were hitting lagg. If it wasn't for lag, you would've recovered twice. --

so true..also, did u guys freezed too at great temple? i believe its cause of the falcon punch incoming --InfestedHydralisk

didnt know i was so epic with bowser ....and yoshi rofl--

Lol, now that I'm actually awesomesauce with Wario (I beat TNP and Crossfire again with him after you left, Infested), I can finally play true to my fetish! --

TNP u took crossfire with u at ur last life (when i had 3 left)....!!!--InfestedHydralisk

i didnt left, that was crossfire...i was ganondorf :P --InfestedHydralisk

Oh, thought that was Crossfire (since you were playing as Wolf a lot). Also, Wario Bike is overpowered beyond belief, if no one noticed. --

I think Crossfire was Olimar. Still, it's really hard to derail him off his bike. Too bad I didn't get a Final Smash with him though... Also, I have to show you a Falco glitch. --

the one where he grounds someone and keeps firing? --InfestedHydralisk

No, there's one in Hyrule Temple. It's really strange. I'll show it to you if you want, just don't hit me. --

o u want me to go online or is it youtube? --InfestedHydralisk

can u show later? gonna have dinner now --InfestedHydralisk

Sure, or just leave your Wii Friend Code sometime and I'll send you the Replay video. --

lol check the mii out i sent u --InfestedHydralisk

could you be a darling and accept my friend invite and/or test brawl online with me? the worldwide brawls are lag-tastic. It's like when i tried CS on my 56k modem.

Retrieved from "https://pvx.fandom.com/wiki/User_talk:Guild_of_Deals/Archive_27?oldid=616194"
Community content is available under CC-BY-NC-SA 2.5 unless otherwise noted.