Blah! blah blah! Let us talk about a girl Godbox

My vote is for a shooting spree and more guitar solos instead. - PANIC!

So if you actually made sense, I could answer the question. And that's pretty cool that you call me God. I have a God voice, if only you could hear it. I also need to learn the "create matter from nothing" thing. I haven't gotten the hang of it just yet. ̡͌l̡*̡̡ ̴̡ı̴̴̡ ̡̡͡|̲̲̲͡͡͡ ̲▫̲͡ ̲̲̲͡͡I͡n͡f͡i͡d͡e͡l̲̲͡͡ ̲̲͡▫̲̲͡͡ ̲|̡̡̡ ̡ ̴̡ı__̡͌l̡* 14:04, 13 April 2008 (EDT)

Otherwise recent changes works... but then I was like WHATEVER! Godbox

I'll try. I might not be able to find anyone with GDW. But if i do ill test it.

lol ive been gone all day and just got back, so no i havent gotten it yet.

Holy shit, i forgot,i fail.— If you're reading this, you've just been pwned.

omfg ur sig is WAY to long its really annoyngi

Or even just use an up-to-date version of IE. - PANIC!

no this will not go away mwuahaha

i used ur basic format on my page, hope ya dont mind--

Needs to be changed into something legible. — Rapta

And that is relevant, how? — Rapta

Because the signature is legible in Firefox. Godbox

And what part of that makes you think it's a relevant argument? Just curious. — Rapta

Nothing, except for that it's legible in what the major part of this wiki uses; firefox. Godbox

Close, it's a grass shack. I haven't looked at it in IE so I don't know if it looks like it should or not. Igor has the version of IE that fails the least. ̡͌l̡*̡̡ ̴̡ı̴̴̡ ̡̡͡|̲̲̲͡͡͡ ̲▫̲͡ ̲̲̲͡͡I͡n͡f͡i͡d͡e͡l̲̲͡͡ ̲̲͡▫̲̲͡͡ ̲|̡̡̡ ̡ ̴̡ı__̡͌l̡* 17:18, 31 May 2008 (EDT)

No, that's not what I was aiming at. It's needlessly long and disruptive. Fix your signature. — Rapta

I've found your signature seems to change randomly in length based on context. For example, it looks shorter in the preview of this section, very long when I just visit your discussion page, sometimes off centre, sometimes mousing over it changes it. I'm using Firefox 2.0.0.14. - Misery Is Hawt19px 11:39, 3 June 2008 (EDT)

Wow, it looks really short and tight at home compared to work. Same version of Firefox, ffs. Maybe it's because my work computer is German and this one is Asia Pacific? I have no freaking idea. - Misery Is Hawt19px 14:44, 3 June 2008 (EDT)

Case in point, there should not be any "dynamic" signatures that vary based on the browser being used, especially common ones. — Rapta

It's also really fugly on the Wii, since the Wii uses Opera. Case and point: I shouldn't switch my browser for your sig. --File:GoD Wario Sig.JPG*Wah Wah Wah!* 16:31, 3 June 2008 (EDT)
(ec) I'm using IE7 and I've viewed it on FireFox as well. You need to fix the signature. Stop making retarded comments like "you are doing it wrong", because it doesn't help your case. — Rapta

Fixing it is as simple as taking a screenshot of your signature, cropping it to the right size (using Paint, or whatever) and then uploading it. And I will say it again: using your generic "preferred browser" is not an argument for your case. — Rapta

A template wouldn't change the way it is right now. The only fix I see would be either to change your signature or to upload the picture (and hopefully it's not exceedingly long). — Rapta

There, now I have a picture, and it redirects to my userpage. All is good now?

Looks great. Thanks for cooperating. — Rapta

Damn I thought I was the only one to use \o/ lol. And your welcome.

Failure begins with U

You can assume but still it could be someone uber serious that likes to talk that way. Either way you put words in my mouth. Never said it was gud just said stop trolling by using caps and exaggerating to the extreme about someone's build--Underwood 09:05, 2 June 2008 (EDT)

You don't own a build here, so I can't "exaggerate to the extreme about someone's build" as they don't own said build. The fact that someone would even consider "Fear Me!", let alone in PvE, cannot go unnoticed. I had to. I'm oh so sorry if you don't know that I only "troll" on stupid shit like that. ̡͌l̡*̡̡ ̴̡ı̴̴̡ ̡̡͡|̲̲̲͡͡͡ ̲▫̲͡ ̲̲̲͡͡I͡n͡f͡i͡d͡e͡l̲̲͡͡ ̲̲͡▫̲̲͡͡ ̲|̡̡̡ ̡ ̴̡ı__̡͌l̡* 09:07, 2 June 2008 (EDT)

Just for clarification, Fear Me used to phenominal e-denial and got nerfed, IWAY still works and quite well with a good team, and Underwood is a retard. We're all done here. —ǥrɩɳsɧƴɖɩđđɭɘş

The fourth comment in this topic makes you a liar. —ǥrɩɳsɧƴɖɩđđɭɘş

Take your crap off my talk page, I am right, you are wrong, deal with it. <--That is pure truthiness--Fear Me sucks now, and IWAY is easily rolled if your team has half a brain and knows what to do. He was wrong the whole time. I win. ̡͌l̡*̡̡ ̴̡ı̴̴̡ ̡̡͡|̲̲̲͡͡͡ ̲▫̲͡ ̲̲̲͡͡I͡n͡f͡i͡d͡e͡l̲̲͡͡ ̲̲͡▫̲̲͡͡ ̲|̡̡̡ ̡ ̴̡ı__̡͌l̡* 09:46, 2 June 2008 (EDT)

(EC) I do agree with Grinch on that in a good team IWAY is still good, I have a friend in a guild (were I was too for some time) that is still running IWAY from time to time to a great success, gathering quite a bit of fame every time they do it, but they are good. As for trolling, Underwood pushes his luck, he doesnt troll as hard as I did (lol, turned pvx inside out :3) but he still does troll quite a lot, and it is permaban worthy, now he either stops, or gets perma'd imo. --Super Igor 19px *ninja!!* 09:48, 2 June 2008 (EDT)

For clarification, last time I saw Grinch run IWAY was GvG, not HA. Also, in reference to Grinch, from your user page "I'd say he just won at everything GW-related." Contradicting yourself =/ - Misery Is Hawt19px 09:50, 2 June 2008 (EDT)

I think you mean "You have a link to my user talk on your userspace". And it doesn't just link to yours. It links to whoever clicks it. For example, when I click it, it takes me to my talk page. -- Come visit

Oh. Damn Igor you win teh prize, couldn't figure out what you meant :p Godbox

Well it can be good - broken grammar on the other hand... Godbox

Invert Master of Magic and put my name on it im already using it!

My inverted pics are so people don't have to upload their own. -- Come visit

Yeah I had to upload a picture of my sig, Armond yelled at me :( But I don't think it is ready for archive yet...Spam me a bit so I can archive. -- Come visit

Why do you want to Archive a beautiful page? Can i be first next? You are very helpful, no? Do you like cheese? Does spamming make me banned? Even if i am doing what you said? Does this count as spam? Am i spamming? Am i helping you? Is there more question? I am just helping.

Spamming would be making a lot of short messages. -- Come visit

bought u some spam 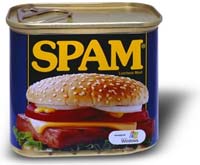 The best thing for that kind of spam is to blow it up with firecrackers xD. Also, has anyone notices is is Maps backwards? Maybe it's a conspiracy... Rupert=Hawt

Did anyone ever realize that shiggityshiggityschwat backwards was tawhcsytiggihsytiggihs? Maybe that is a conspiracy too... -- Come visit

i has higher rank

Retrieved from "https://pvx.fandom.com/wiki/User_talk:Infidel/Archive_2?oldid=564574"
Community content is available under CC-BY-NC-SA 2.5 unless otherwise noted.