I'd been hearing people talk that the International RA players were quite a bit better than American Dist RAers. Since the linking of districts, I haven't noticed them as being any better than anyone else. I did play against a Korean running the D/Me build last night. I got images in my head of some little yellow dude with a bowl haircut in straw flip-flops and black pajamas running my build. I found it oddly distrubing. I sent his little communist ass back to the beach.--Α--йĨйƏҒỉйGƏЯş--Ω 16:27, September 4, 2009 (UTC)

The standard of player quality in ID was so ridiculously noticibly higher than any of the non ID districts, probably because high level players generally stay in ID districts (at least if they play HA) while others have no reason to go to ID districts. Rawrawr Dinosaur 16:43, September 4, 2009 (UTC)

yarr, they were noticeably better in ID last time i did RA (before merge). as in, you ran into people playing meta builds every match if you went into ID, as opposed to random shit. — μαφλεσ 16:51, September 4, 2009 (UTC)

Ninefingers WILL be having one of THESE. Once I pair one of these bad boys up with my pedals, I intend to rule whe world and be the enforcer of all that is right and good.--Α--йĨйƏҒỉйGƏЯş--Ω 16:34, September 9, 2009 (UTC)

Too bad it looks kinda meh at most (I prefer a mouse that's longer and wider than it's high :P ). And why don't they make buttons for the ringfinger (beyond RMB)/pinkie? Discrimination, I tell ya. ---

Life is hard for lefties. I eat and write with my left hand, but am dominant with my right for everything else. Thus, I haven't really experienced much lefty hate, but I know it would be annoying. --

It's so terrible, though. =/ I mean, you realize those buttons are like the size of an eraser at best? If you're really brave, just reset your middle mouse button functions. ···

Yes, I have probably seen them. There are new ones every day. If I haven't seen them, I've seen the ones just like them.

No, none of them are me.

Yes, I know some of them have bought BDSs. Still not me.

No, I'm not copying any of them. Vice Versa.

No, your buddy didn't give me my build. He is lying.

No, I didn't get my build off wiki.

No, I don't remember you from another character 6 months ago.

No, you can't join my guild. Its G6 min, and invite only.

No, I'm not hacking. Its called Pious Concentration, dipshit.

Maybe, you might have won if you had a different skills/different character/different team. You don't, so shutup about it, dead boy.

If you would try acctually paying attention to the game instead of spending 1/2 the round talking shit and asking questions, you would have a lot better chance of winning.

That's cause we are wikinoobs.

HAHA, and Misery shows up. I thought you were marooned on a desert isle or locked in your secret lair, plotting the untimely demise of Relyk or something ;)--Α--йĨйƏҒỉйGƏЯş--Ω 16:49, September 11, 2009 (UTC)

No he was plotting the untimely demise of the NINEFINGERS HEALER, HAHAHAHAHA, which you did not create. --Frosty Mc Admin 17:13, September 11, 2009 (UTC)

I tried playing with Local and Team off the other day, RA is actually fun without complete idiots raging at each other.--

I hit Nine with a hammer once. Then my team got blew up. Probably because I should've been hitting someone who didn't have AoS and stuff. ~ Big

......thinks I'm on crack because I just ordered a half dozen of these online. Any of you guys old enough to remember the Black Power afro picks? I don't really have any use for them, but you have to admit that a white redneck with short/spiked hair carrying a black power afro pick makes a serious statement. 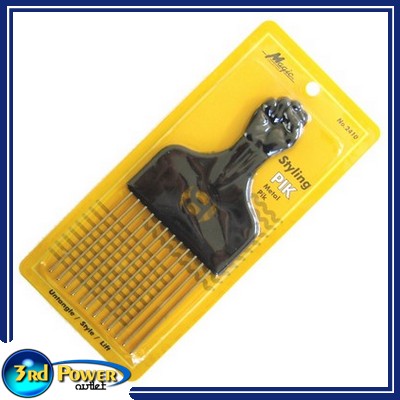 I'm not old enough, but for some reason Mexicans carry them around here (specifically Mexicans in the Latin Kings). And that definitely makes a statement....but I think it means something other than what you're aiming at.....

I find that hilarious, because I have that exact same pick in my head right now. I shit you not. ~ Big

fact: afro pick can actually used to comb your afro, and not to make a fashion statement (or inner city equivalent thereof) — μαφλεσ 23:50, September 17, 2009 (UTC)

so it's more comfortable to use? I use picks when my hair is too long to comfortably comb. I'll be getting a haircut soon. ~ Big

Retrieved from "https://pvx.fandom.com/wiki/User_talk:Ininefingersi?oldid=963451"
Community content is available under CC-BY-NC-SA 2.5 unless otherwise noted.