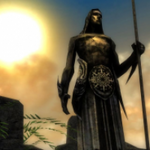 Hello, Johnny, and welcome to PvXwiki! If you need help with anything, please feel free to leave a message at my talk page. I highly recommend that you check out the "About" page and the policy page for a brief overview about the wiki. Best of luck and happy editing! --◄mendel► 09:50, 24 March 2009 (UTC)

The following holds true for this wiki at this time:

The problem with ranks are that they aren't a good indicator of skill. After playing GvG the last year i realized I was completely off base thinking that I was any good at the game when I was a tombser. Even the r13-14 people who play HA are horrible at the game. And when it comes to GvG rank doesn't matter. Guild rating doesn't matter either once you're in the top 60 or so, since it just indicates the amount of ATs you play. The only real indicator of skill are how one's guild performs in automated tournaments and even then, there are plenty of awful players in great guilds who get carried. There's just no quantifiable means of deciding whether or not someone's a moron/bad at the game. They're all qualitative factors that contribute to a final decision as to whether or not someone sucks.--TahiriVeila 15:51, August 18, 2010 (UTC)

Whoru says "^" -- Jai 16:03, August 18, 2010 (UTC)
As you can easily see I'm not a PvP player (I'm good at wikis, though); on the face of it, your statement seems to indicate that having r13-14 and playing HA is a good indicator of skill, i.e. the absence of it? If you wanted to get really scientific, you'd have a look at the atrocious clueless editors on PvX, find out their ranks; and the better editors, find out their ranks; and then see if there's a useful distinction.
Another idea might be to suggest to ANet some way of making titles that are, in fact, indicative of skill.
The core of my proposal is not to use a specific title; the core is to select editors by some obvious criterium that is comprehensible to all so you don't have to post-moderate all the crap away, but rather avoid much of it from the outset. If you tell me that my method of selection won't work, that doesn't necessarily mean that selection is impossible; it merely means that I'm too dumb to suggest a way that works. But hey, it's a wiki, I live in the hope that somebody else might come up with something. --◄mendel► 16:29, August 18, 2010 (UTC)

Retrieved from "https://pvx.fandom.com/wiki/User_talk:M.mendel?oldid=1106906"
Community content is available under CC-BY-NC-SA 2.5 unless otherwise noted.