Names for my female PvE Ranger

Give me name ideas for my new PvE ranger I'm going to spec for PvP. Either that or approve my current ideas. Current ideas are:

I've seen the name Misery Has Pew Pew before, isn't that already your ranger? o.O crazy

PvP slot that gets rerolled. -

I like Professor cuz it meshes so will with Pianc

Read The Misery, I Interrupted Mise, and Misery Has Pew Pew are all favorable. crazy

Professor R Misrey is pregnant! I hope you'll all come to the baby shower! -

Yay! Congratulations Doctor. I assume you will film the birth and place it on youtube? -

I cannot for I will scrubbed in and assisting you with the birth. Perhaps Skakid can help if it won't conflict with his trip to FursuitCon '09? -

Post some pictcha's so I can boldly determine if your child is the cutest thing that ever graced this earth, or if it will be as ugly as sin. Or some sick sick combination of both. :>----ﮎHædõ๘یíɳ

Wut? When was the first time? Why wasn't Panics vote removed? Since when did we ban for troll votes on joke builds? I'm really confused tbh. Life

How about, not having joke builds? The first time was the first vote removal. I'm just going to delete it tbh, it's trashed and has a well tag. -

So the first time was just now? And it's not like I made the build. Btw, I've seen plenty of votes on joke/horrible builds that didn't get such a reaction. Life

Yes, the first time was now and joke builds do occasionally get such a reaction. Wizardboy has threatened to ban before over 5-5's on a joke build that I can recall. We don't really want shitty builds in great because it kind of makes us look like more of a joke than we are, you dig? Whenever I want to show someone how bad Gamependium is, I link them to one of their shitty builds that has a high rating, do we want the same thing? -

Hey, it's your birthday

Just thought I'd point that out and say congratulations and stuff. Hope you can buy booze (otherwise what's the point, right?).

I hope your bday goes better than HA did :>

It's not even a matter of player skill, but having sufficient abilities and an interest in improving this pve section. ---Chaos- 20:31, 15 February 2009 (EST)

Is he that good at pve? I am yet to see proof of that.

I heard...that he farms trolls with a naked mesmer with frenzy. I also want my friend Nikki to come onto PvX. She maxed 28 pve titles, and has 5 sets of obby. And she says it's easy. She calls me bad cause I don't have obby yet and I've been playing for over 2 years. :<

(EC)Well, if you can't provide proof of how you know he's good at pve apart from his word, then his RfBM will be a disaster. A lot of people dislike him and w/o proof he wont pass.

tbh pics or Anon is just like most people at pvx, bad

Nikki thinks Discordway is bad. And she smells.

Specialcontribs tells me Anon has changed about 3 build, and those were minor changes, he is scrub till proven not.

I think you under-rate Anon's ability because he isn't scared of saying it like it is, and apart from having a slightly bitchy way of telling you your build is bad, he is good at adjusting builds for their intended purpose and shows good knowledge of the game. He has shown to me time and time again that he knows what works well in pve and when you talk to him about a build properly he will give constructive feedback and won't let go of something he doesnt like until you give him good reason to like it (See here,here, want more?). If you talk shit like most people here do, he will treat you with the same bollocks and you won't get on. For this reason, a rfbm is pointless as most people hate him because he isn't stupid like most people here. I would like to point out that I think that maxed titles, obsidian sets and completed games means nothing in the way of skill as with the right builds you can roll every area in the game, and titles, money or completion show nothing in how well you did it, how fast you did it or wether you leeched off your title-whore guild. Obsidian sets can be gotten from the same repeated run over and ver, many of which require very little skill. It's not like people actually struggle to 600/smite do they? Andy 21:00, 15 February 2009 (EST)

Strangely enough, I don't think Anonimous has the support of the community. crazy

Nope, not even close. Honestly, Andy, I've known Anon since the first day he signed up (and sequentially raged). He's an asshole, just like most of us who shouldn't be BMs and pretty much his biggest contribution here so far has been pissing us off because he's a trolling douchebag.

Oh look, a discussion that should be on an RfBM page on my talk page. If you want Anonimous to be a BM, RfBM him. He has a very low likelihood of getting it, but I am not going to do it because starting an RfBM implies support. - 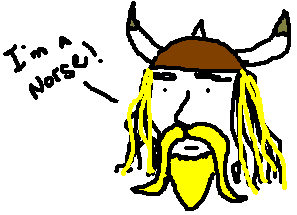 I DEMAND Tab make me a neet sig like that.

you need to be interviewed over msn first D:

My cow is not better. crazy 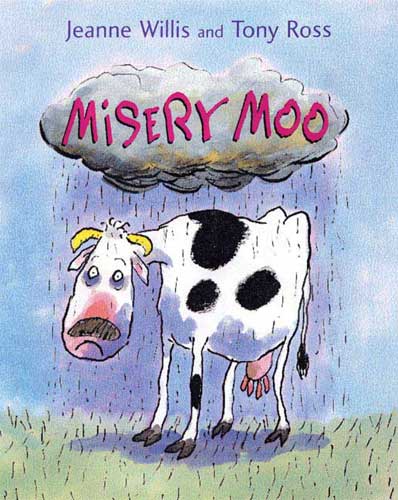 I can see why that cow is sad, somebody shat on his nose D: Ricky

I am strong at cow dueling, feel free to cow duel me on msn, you will be defeated. -

Holy fuck...is that a real book or did you shop the title?

My username gives me an automatic victory, sorry. crazy 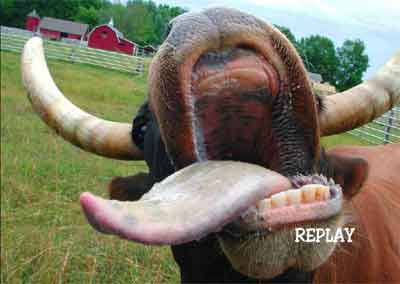 The pidgeon has returned with microfilm on his leg <_< -

he is a friend of mine how did u reduce that :O —The preceding unsigned comment was added by Oolino (talk • contribs) .

You have the same IP address. Don't sock. ~

We are on school working reeeaaaly hard :P so thats why whe have the same IP —The preceding unsigned comment was added by Oolino (talk • contribs) .

If that's the case, don't vote on the same builds and you should be fine, I'm sure you realise that votes coming from the same IP are a little suspicious and for that reason we cannot allow them. Also, please sign your comments with four tildes (~~~~). ~

oke i wont —The preceding unsigned comment was added by Oolino (talk • contribs) .

Could you please tell him/her to stop trolling on my talkpage? Its getting rather annoying. --Drah

He hasn't done so since you asked him to, if he has any respect he will leave it there.

Pika annoys quite many people, and you need to learn how to handle trolls: ragequit.. Nowait. Just ignore her. --—The preceding trolling attempt was made by Chaos (talk) . 13:21, 18 February 2009 (EST)

Actually, I usually only annoy idiots. I only troll people who do not use their brains, if you would actually bother to scroll down my contribs. PikaFan19x19px 13:23, 18 February 2009 (EST)

(EC)I just have a feeling that he(?) is going to ignore what I said and continue doing it. --Drah

Are you baiting me?PikaFan19x19px 13:26, 18 February 2009 (EST)
(EC) I did not explicitly invite you to troll on my talkpage I said we did not need to continue the discussion on Goledenstar's page because he said he was done with the build. And no I am not baiting you. --Drah

I think it's time for both of you to stop or at least continue this conversation on one of your usertalk pages or MSN. No reason for it being here.

(→13:34, 18 February 2009 - )
(EC)Or how about you both stop posting and think, why am I responding to each others posts (that means you too pika). Pika already said he wasn't going to post on your page Drah so don't spill it over here.

What the fuck? You all suck. -

the name Cingular be a copyvio if i were to change to that? (nothing final yet so don't perma me ;) ) --

Is there even any rule to prevent people from having certain nicknames? Altho Coca Cola would be a wtf name. --—The preceding trolling attempt was made by Chaos (talk) . 13:29, 18 February 2009 (EST)

I don't think we care that much about names, otherwise Pika Fan would already be in trouble, it's just images that Auron seems to care about and he is the copyvio <insert appropriate noun here depending on what you think of Auron> -

I have sensed my IGN popping up in this conversation but am sorely disappointed to see there isn't any drama revolving around me.PikaFan19x19px 03:42, 23 February 2009 (UTC)

Pika your name is copyvio --

lolwut? i don't think i've ever talked to you directly before --

not in this case unfortunately --

Just thought you'd like to know that while you were in Munich, you missed my wife admitting on Vent that she doesn't really exist. -

But you didnt get to hear her say it. -

Well, then you have to remedy that some day. -

I kinda had to trick her into it. She adamantly refused to tell Frosty to fuck off :<. We'll see if we happen to be GvGing tonight. -

lrn2germany already so you dont have to go to class. -

I got a C in german and pzd out

I actually heard Panics wife. I was really tired. But we had epic HA time. Made like 60 fame.

QQ you guys HA? Nobody ever asks ME to HA qq Darklɘs McChaosmongɘr

We are HAing right now :D -

I spent all night throwing up. I just woke up after sleeping for ~19 hours. -

Actually, there are no copyright violations on this page. At least not as far as PvX is concerned. -

Actually, creating a webpage that uses copyrighted material is still a copyright violation regardless of who's hosting the material. Also, if the hosting website hasn't given permission for your website to display images it hosts, then you are stealing their bandwidth, which is also illegal. -

Just don't tell Auron and it'll be fine, really. ^_^ Brandnew. 15:20, 26 February 2009 (UTC)
(EC)Yarr. Otherwise doing stuff like using Disney characters on your website by linking directly to pictures on Disney.com (or whatever it is) with <IMG SRC=""> would be allowed. On the plus side, it's unlikely Gamefreak or Nintendo are going to come after us and likely they'll just ask that we stop using the pictures and only seek legal action if we don't. Be careful about linking directly to images that aren't hosted by places like Imageshack, photobucket, etc, where they specifically allow hotlinking. Also, it's wikia's problem now, not Gcards or Aurons :> -

Retrieved from "https://pvx.fandom.com/wiki/User_talk:Misery/Archive11?oldid=843456"
Community content is available under CC-BY-NC-SA 2.5 unless otherwise noted.