I've decided to form up a BYOB guild because I have a spare guild pre-tanked to 985 rating lying around, I expect it to go lower. Anyone is welcome to join and you will get play time. I don't care if you have ever GvGed before, I'll tell you what you need to know, what I care is that you listen and play seriously, even though BYOB isn't that serious. I don't care about losing, I don't care about rating, but I do care about you wasting my and everyone's time. I intend to play whenever an officer and 3 other willing members are online and have the time for at least one match. Heroes or guests will come. Joining requirements are Ventrilo, a working microphone is optional, but you will be pipped for people who have working mics if you don't have one. I don't even really care if I hate you, you can join and play, but if after playing with you I continue to hate you, you will be kicked. When we are BYOBing the build requirements are damage (unless you are the monk) and a speed boost, past that I don't really care what you run and I won't be too critical of builds before you run them, but if your build gets proven to be a pile of ass (you get soloed by a knight or archer), you will change it, or you won't play .Self healing is recommended, especially for beginners who haven't learnt to not die yet.

If you haven't GvGed in a while or ever and want to get into it, this is a good chance because I intend to run real builds if we ever get 6-8 people I trust. If you aren't willing to leave your guild you are welcome to try for guests, but my flist is pretty full and I make no promises. I'm a euro and all the officers at the moment are euros, so if you are American, expect to play weird hours at our whim or not at all. If you want to join, contact me in game (IGN:Fail Was Misery), on msn (failwasmisery@hotmail.co.uk). Feel free to leave questions, comments, flames or IGNs for guests on this talk.

If I ever had time to GvG, I would definitely join this. I hope you guys have fun.

I'm down. I'll send you a PM concerning the odd hours because I'm not euro. IGN: Eighth Octavarium.

You can also pm the good doctor, IGN:Dr J Pianc.

I'm happy to guest if you need a player during dead times. ~

If you let me run my RtL warrior, sure. ~ Big

I miss you very much. Please stop having the viral resistance of a 6 year old girl with AIDS.

I woke up. Please go fuck yourself.

I am glad you have resumed life in a more vertical position. Please get better quickly so you can fuck me instead.

You need to eat more tonic omeletes such as ginseng omeletes and assorted chinese herbs omeletes to build up your resistance.

ZOMG! Sock of a perma'd user!

Misery forget all that all you need is a bottle of expensive wine....that will cure ya.

no, gluhwein is a far superior cure for a cold-type virus. -

STOP BEING BAD AND LINK ME TO THE FUCKING FORUMS!

Just a question cause I want to do things right....can anyone remove a Well tag and can anyone load a Well tag?

Anyone can add a WELL tag and anyone except people who have edited the build extensively (known as "build authors") can remove it. After addition it's usually better to discuss it a bit and reach concensus before removing it.

Misery you asked me to inform you if I suspect something out of Relyk....There seems to be a IP that is following me as if they are a non-member and talking like they know this Wiki. I hate to think it might be Relyk but I have a doubt. As you most likely saw from the RC my new build is getting the same attention as my prior. FYI

my gut was wrong I am sorry Relyk.

Still, though, deleting it immediately wasn't the way to go. We have policies against that. If people think it should go, then fine. However, it was not discussed and the reason was never laid out beforehand. Its not the result, but the method that bothers me. Chashak 16:34, 21 March 2009 (UTC)

Because your build was bad and useless why plague testing sections with inferior builds that are going to be trashed anyway? Misery is good admin, you wont do his/her job better so shut up and get lost. --Anonimous. D: 16:35, 21 March 2009 (UTC)

This is simply a guideline, not a rule. And clearly inferior builds are at the discretion of the admins to delete. My advice: Just get over it. Oh, and Anon, Mis is a guy.

What NPA? Calling a build bad isn't a personal attack. It's an opinion.

What is considered a personal attack. "Shut up and get lost" isn't on the list, tbh.

the user was just asking for something to clear it out and ur starting with shut up and get lost. how are u not offensive? Hydra 17:31, 21 March 2009 (UTC)

While we generally try and wait at least a day for deleting things for WELL, there's nothing to say we can't delete it immediately. Yes the reason put on the WELL tag (which was added by Tab) could hvae been much better, Misery clarified that when he deleted (as mentioned above). I got the talk page in any case. ~ PheNaxKian Sysop 17:02, 21 March 2009 (UTC)

Technically, this says you're supposed to wait.....but as I said earlier, guidelines aren't rules. And Mis did a good job deleting this, imo.

(EC)The point of that part of the policy is, is to allow the Author to get to grips with why it was WELLed. While the WELL tag itself was useless in terms of reasoning, Misery gave a good reason with his deletion, which should suffice in this case. ~ PheNaxKian Sysop 17:21, 21 March 2009 (UTC)

I agree, Phen. And Hydra is just being a bitch, tbh. He thinks that defending newer users is in some way not patronizing them. To me, being patronized is far more insulting than saying "shut up and get lost".

Hydra was trying to tell him not to be so harsh...didn't have to say that.

I'd like to register my astonishment that anyone would think Misery is of the male persuasion. She definitely wasn't last night, ifyunowatimean. -Auron 17:41, 21 March 2009 (UTC)

Zzzzz, summary: WELL states that the build can be deleted at any time without notice, sufficient time is only required so that the build author can understand why the build was deleted. I know the author was aware of the WELL tag, because he commented on it. The reason was pretty bad, but the tag was valid so I expanded in the deletion reason. Telling someone to GTFO or STFU is not a personal attack, it's not nice, but the policy is not PvX:Please Be Nice Boys And Girls, it's no personal attacks, no one attacked anyone personally here. If you want further expansion on the deletion reasoning, I will give it, but basically I consider above to be a big pile tl;dr fail.

quick beating around the bush.....you're a chick right?

This is like one of those shit arguementsi used to have :o And whats tl;dr mean? :| i first saw it earlier todays :o — LukeJohnson

when did that start gettign used? — LukeJohnson

tl;dr has been used for months upon months tbh. ---

To clear any confusion, misery is a girl from New Zealand out of water in Germany, desperately seeking an e-knight. Lord of all tyria 19:27, 21 March 2009 (UTC)

misery says IT works in electro-chemistry in germany — LukeJohnson

This whole section, apart from LoaT's comment, is why people drive their retarded babies out to the countryside and leave them for the wolves. -

300 was probably one of the worst movies Zack Snyder's done. It was like watching someone play on those custom starcraft maps where you build a defense wall and try to survive swarms of different units. Any parts that weren't from the original story stuck out like a sore thumb because they were tacked on as an afterthought. -

Bad movies can have good catchphrases and memes. -

You guys amuse me, you really do. I just thought you should know that.

Actually Relyk, people are complaining about Tab's reasoning in the tag, no one has complained about my deletion reason at all, so GTFO imo.

I do not believe for a moment that I voted on that a month ago...

Unban me from channel pls

YOU SAID THAT RECORDING WAS PURELY FOR EDUCATIONAL PURPOSES!

You have won the auction. Please contact Tab Now Please ingame to pay for your vent recording. 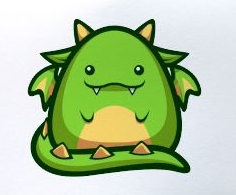 kappa less and give me drah back. with love,

Goddamnit, missed an opportunity to troll a PvXer, fuck Rawr for not telling me you were one.

i request to serve panic's ban for him, it was my bad influence that persuaded his immoral actions, and he should not be held responsible. skakid9090 02:04, 24 April 2009 (UTC)

Block me again and I'll make sweet love to you with a rusty butterknife. <3 ~ Big

I look forwards to it.

Retrieved from "https://pvx.fandom.com/wiki/User_talk:Misery/Archive12?oldid=884484"
Community content is available under CC-BY-NC-SA 2.5 unless otherwise noted.