well i'd rather have a president who doesn't change his mind every 3 weeks or so and who isn't a wuss when it comes to energy issues. CABOSE(LVPoW)"Hey chicka bum bum!" 21:25, 23 September 2008 (EDT)

yayz another mccain h8r (or disliker) whatever floats your boat--

Might be actually, although you might need Lungs or Suferring to fuel it to full effect. Nice idea I'd give it a think, cuz Soul Bind aint working evrywere. --Sorrow 17:38, 25 September 2008 (EDT)

I'm not sure what you mean by adding lungs or suffering though. Haste hexes adjacent too and will enable to trigger the bonus of feast, which happens to be adjacent as well. —SazzyPooh

From here and here, apparently you have something with him. I'll be the first to say knock it off.

If you have an issue with Misery, too fucking bad. He's done nothing wrong, and instead you're continually trolling him and honestly annoying the piss out of him and most anybody else. So on behalf of everyone annoyed with you, I say knock it off. Leave him alone. Grow up and shape up; it's been one week and already you have someone (I) getting pissed off. That's a rocky path.

Also, no matter how much bitching and moaning you do, you want stop the vetting of his adminship. It's decided by the users and current admins, not some guy who has some random beef with him. --

Try ticking, "Use raw signatures" under preferences. - Misery Is Friendly

I think it's time we submit it, what do you think? —SazzyPooh

I've added my thoughts about your concerns on the teams talk. If you want, I will write up an article tonight and put those things as variants. Other users can then make some suggestions or talk about experience with certain skills, as I've personally never used blind was mingson in pve for one. —SazzyPooh

We shld talk about the humans btw :3 like wut pve only skills are nice to take etc so their bars aren't completely empty. —SazzyPooh

Yea I'd actually create a subsection for it and saggest player builds, but generally, sy, necrosis, tntf and stuff are your friends. Oh and, do you think we need ps and sb? :s --SorrowMcSorrowmancer 16:16, 28 September 2008 (EDT)

Probably not. If you can find something better, feel free to replace. —SazzyPooh

I am, we'll continue there :3 Also, good to have is Ether Nightmare and Cry of Pain as well as Ebon Battle Standard of Courage & Honor and pain inverter —SazzyPooh

Green is like "OH MY GOD MY EYES!" green, I would suggest making it darker. --

lrn2detect sarcasm. He may be new but he's not completely stupid —SazzyPooh

wut u think :3 I think it wld be better that way. Attrib spreads shld be optimal too for all the skills. —SazzyPooh

Honestly I dont think that giving up Discord in favor of Icy Veins would be viable on HM, high armor level of monsters neglects all of its elemental damage. =/ --SorrowMcSorrowmancer 12:08, 29 September 2008 (EDT)

How long has it been since your last sock was banned? Your terribly obvious by the way. inb4 prove it. ----ﮎHædõ๘یíɳ

But sorrow actually grasps the English language, I don't know if he's igor. Edit: Actually the more I think about it the more it seems he is Igor. VictoryisYours 20:35, 28 September 2008 (EDT)

Idk. he actually contributes now. Igor only trolled. Someone on the forum said it might be rask - ƿɑuɭƴƿoo ɱçᶀonɘƒıɘnᶁıⱪɘnʂ

Nah, he be Igor, you be bluerask.----ﮎHædõ๘یíɳ

<theory>How can you miss super igor if you joined September 21 and Igor's last contribution was June 8th? Why do you so strongly disagree with PvXwiki:You're Banned Dumbass if you're not permanently banned? Why do you think that the policy's there just to wave a cool name around when he said the name is irrelevant? Why? You miss super igor because you are super igor. You strongly oppose the policy because you want to be able to keep posting comments on banned accounts.</theory> VictoryisYours 14:52, 29 September 2008 (EDT)

More than a theory you got dere victory. <3----ﮎHædõ๘یíɳ

I am trully amazed by your logic and comprehention ability (fail), Victory. Surely only a permbanned user, who cannot post with his account is able to complain about the name of a proposed policy that changes it purpose from "giving a meaning to a block on this wiki" to another way of childish showoff. As for missing Super Igor, Im not going to repeat myself. This is getting old, no longer funny so stop and let me contribute instead of wasting time (sorry) on you both, OK? --SorrowMcSorrowmancer 17:45, 29 September 2008 (EDT)

For people who still want to accuse me of random stuff =] 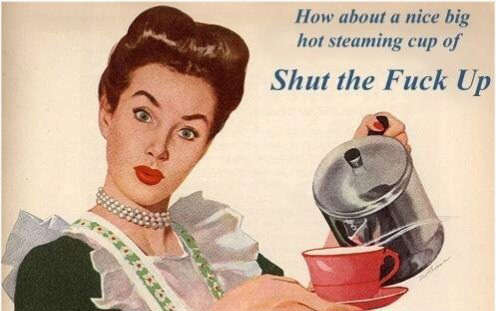 Dear Sorrow, Igor was largely kicked from PvX for escalating. Trolls sought him out because a)They disliked him and b)He caused big drama that ended up with him getting in more trouble than the trolls whenever they came a knocking. If you want to convince people you are not Igor, the best thing you can do is take the advice Igor never could and just start ignoring everyone and get on with contributing. Not replying to them will actually make people think you are Igor LESS than more. If you get on with it and make valuable contributions without causing massive drama because of the whole "Zomg you are Igor!" thing then it won't actually even matter if you are Igor or not because either you are a)Not Igor or b)Igor but you have learnt your lesson so don't need to be banned any more. If you continue to cause big drama whenever anyone accuses you of anything either a)You will be banned because you are Igor and it is eventually outed or b)You will be banned for the same reason as Igor by making big drama out of everything. If you ignore all these theorists then they will either get bored or get banned. So, choose what you want to do eh? - Misery Is Friendly

Please don't remove comments from your talk page as per PvX:ARCHIVE. - Misery Is Friendly

Try reading the policy I linked to, I will even excise the relevant line for you "Users who, for any reason, wish to retract a statement of their own should not blank that statement but rather strike it by enclosing the text with <s> .... </s>, because the edit will appear as vandalism on both Recent Changes and Watchlists. " Have a nice day. - Misery Is Friendly

Ah, well in that case I just keep it that way, thought it was allowed to revert yourself. --SorrowMcSorrowmancer 06:55, 30 September 2008 (EDT)

I'm so helpful, I should be an admin. - Misery Is Friendly

Why Misery you are so friendly you really should be an admin! I'll go nominate you ri - oh wait.

Tbh, he got perma banned, so pointless discussion is pointless. - Misery Is Friendly

Retrieved from "https://pvx.fandom.com/wiki/User_talk:PVX-Sorrow?oldid=839387"
Community content is available under CC-BY-NC-SA 2.5 unless otherwise noted.