atleast im faster then others >_> --InfestedHydralisk

WELL tagged before i was even finished stubbing it! by any chance did u test it before you made the generalization tht it is inferior to Mind Blast nukers? it dosn't waste an elite on energy management.

Wanna try to win another contest? Try my contest is a Make-A-Skill Contest. And the new User box is this: {{User Mudkip}}. Hope you like it.

I herd u liek pugs

Look what I found! 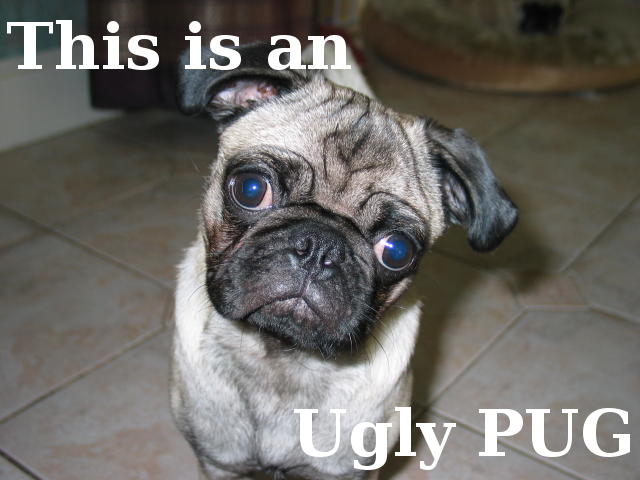 Hey I just made another build. Its a team build at this location

I just thought I'd let you go since I'd really like some feedback on the builds I submit. Is there any way to make it so people will at least glance at them?

line more so u can persuade tycn to be back on too, when he has free time. Then we can epicly fail at TA (again), or we can do fun stuff in HA.-

You have a few pics that, according to our records, are unused. (note: that link goes to all unused pictures, not just yours.) If you don't mind, I would like to delete the pictures you don't need/want any more. Let me know what pictures you would like to keep. єяøהħ 14:46, 31 July 2008 (EDT)

Retrieved from "https://pvx.fandom.com/wiki/User_talk:PVX-Viet?oldid=838118"
Community content is available under CC-BY-NC-SA 2.5 unless otherwise noted.