Look at the new screencap: 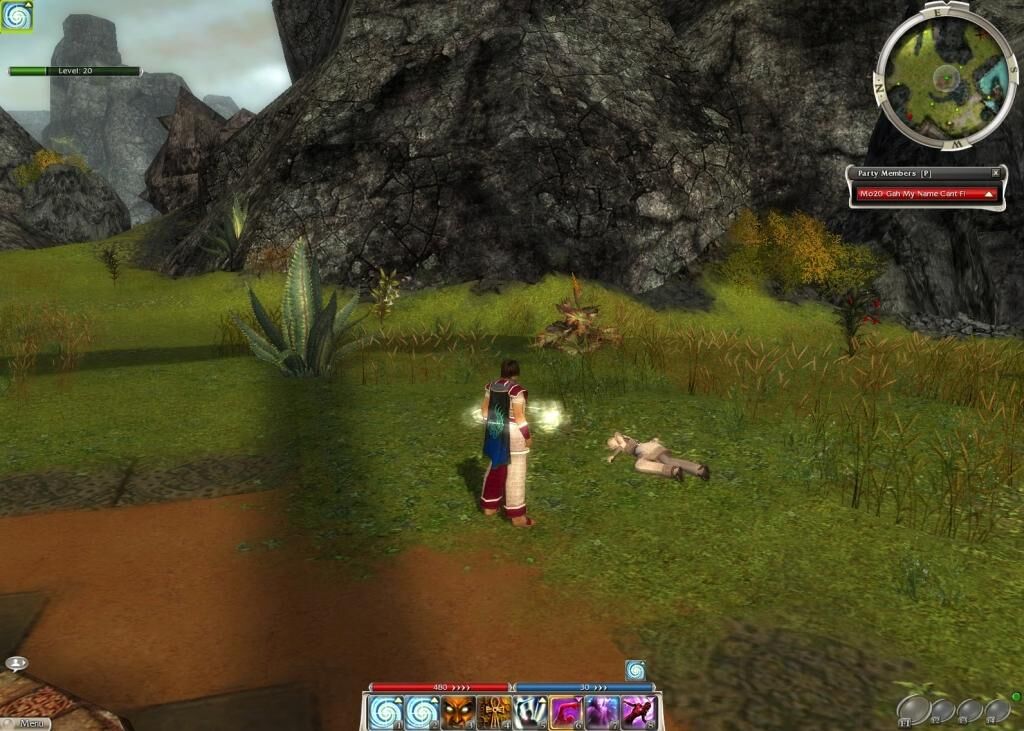 I believe that it captivates the epicness of my achievement more. --

Its too bad that isnt even remotely possible...Id laugh my face off, but it needs wut? like 4 classes? and ur a monk primary with no secondary? still epic The

That exact bar is possible :P Me/W, Inspired Enchantment + Echo for 2x Mending, Inspired and Revealed Hex for the Sin hexes, Revealed ench for Vengeance. Add in War skills and Shat Dels, and you're done :P sure, you're not a Mo, but who cares! --›

Square enix made it up. Its what moogles say. And yes its catchy. (^o^)-Crossfire XIV

just add Lady of Sunshine (such an awesome ign), if I'm online just ask me. Godbox

went to korean district to give the prize, then continued RAing in korea, then i realized that it was tougher than usual with no noobs running around. Then i realized i was playing in korea -_-. Got 2 pro rangers on my team dshotting everything and anti-caster mesmer though :D

korea district is for people who're syncing only so, yeah. Godbox

Nah, I wouldn't want to take your salmon. Just give me the 50k instead. --Gah

Or the golds. Or weapon mods. Or Zkeys, if you happen to have any. --Gah

Well, I'll just take the weapon mods then. Or another 50k,<flatter> because ofc Pwnagemuffin must be rich enough to have plenty to spare </flatter>. Oh, and btw, what do you think of my sig? --Gah

If I used healsig and frenzy, or even just one, the images would be infinitesimally short. --Gah 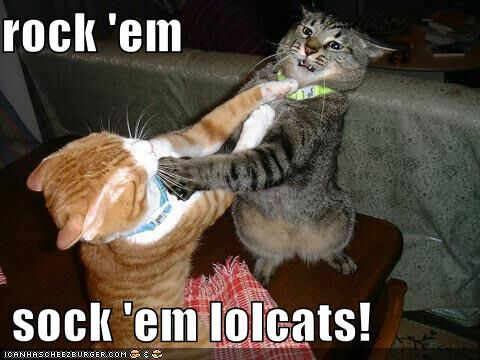 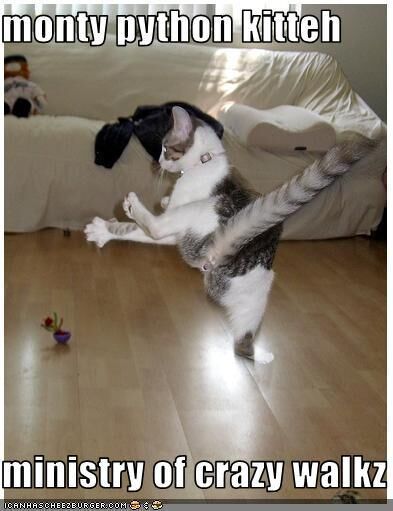 FUCK, WE CANT MINIGUN JUMP ANYMORE, only one that really matters. Everything else was for horrible kids who cant corner camp.

duno i was lurking. Rally-kupo! btw ur votes on those ranger builds are wayyyy too low

and fortunately theres an admin notice board for vote removals, no offense but cripshot pwns at snaring enemies which hinders enemy teams greatly, and BA sux in pve, and its utility makes it deserve a 555

I guess it depends on a persons style of play then...I personaly would choose melendrus over crip...Talyyn Silent Wind 00:56, 18 January 2009 (EST)

crip snares moar often and is less conditional and is unblockable

Cripshot is unblockable, so they're pretty much permanently snared since its covered by poison and you can spam it on them again 2 seconds later if they remove it, very valuable by urself or helping teammates. Also means u can snare casters if they're smart enuf not to move--20pxRelyk_||_I hammers u! 00:59, 18 January 2009 (EST)

there we go fixed

is AMAZING!!!! i can pull off cool moves too :D 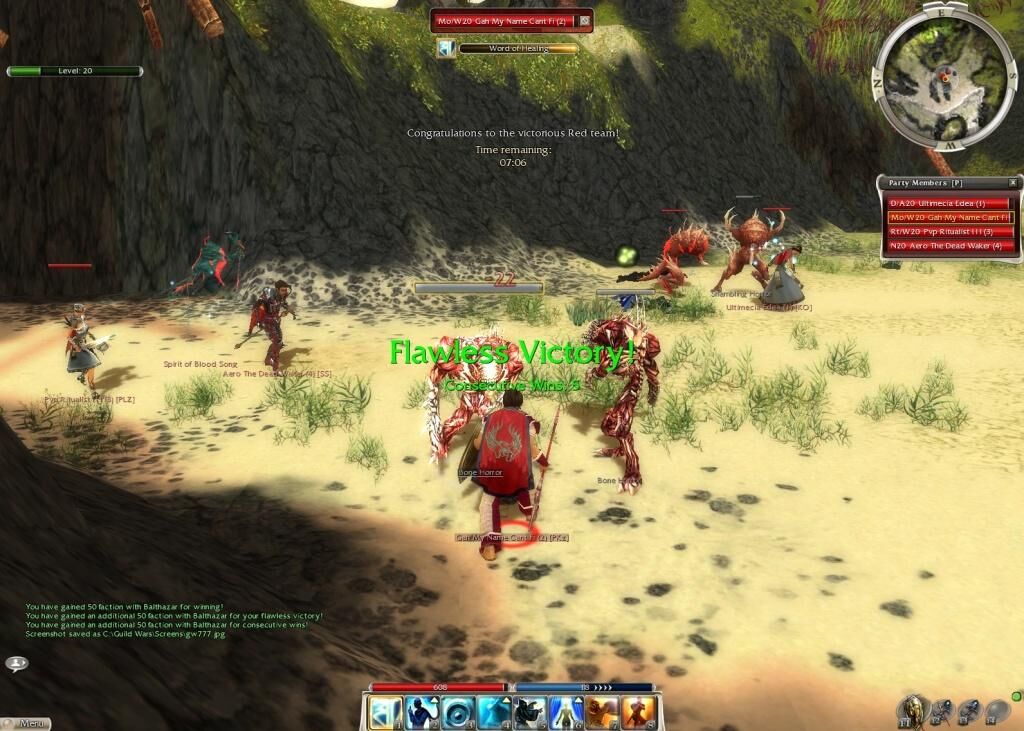 So, I won 5 games with a sword ritualist (who used Frenzy), an MM, a dagger derv, and obviously me, the pwn-face monk in the center of the picture. You can look at the pic info, it wasn't photoshopped. lol. --Gah

AHA that minion on that corner is photoshopeed, it's actually a flesh golem in real life

I got the theme song! it rox, getting it on my ipod

Do you feel like suiciding? well check out this and you will be feeling better in no time. Here's an actual quote from a user "I always thought I was happy, until I saw that I can listen to pre-recorded applause while putting together a 3-piece jigsaw puzzle...My life really isn't as good as I thought!----Deathrender"

this wiki sux, we need a new game to bring out more creative and actual working builds

Me after I call a spike in HA 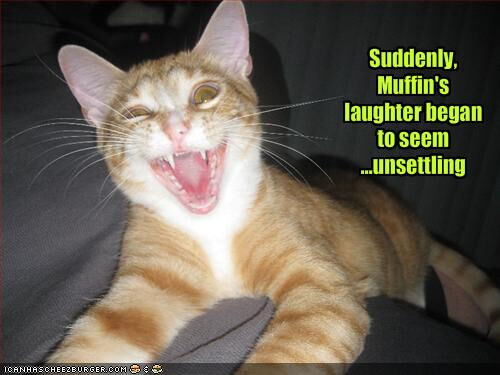 Vote here as I've had this build up for over ~a week and a half with no new votes, and I kinda want it to get vetted. So I'm forcing you to help. Mwahahahaha... --Gah 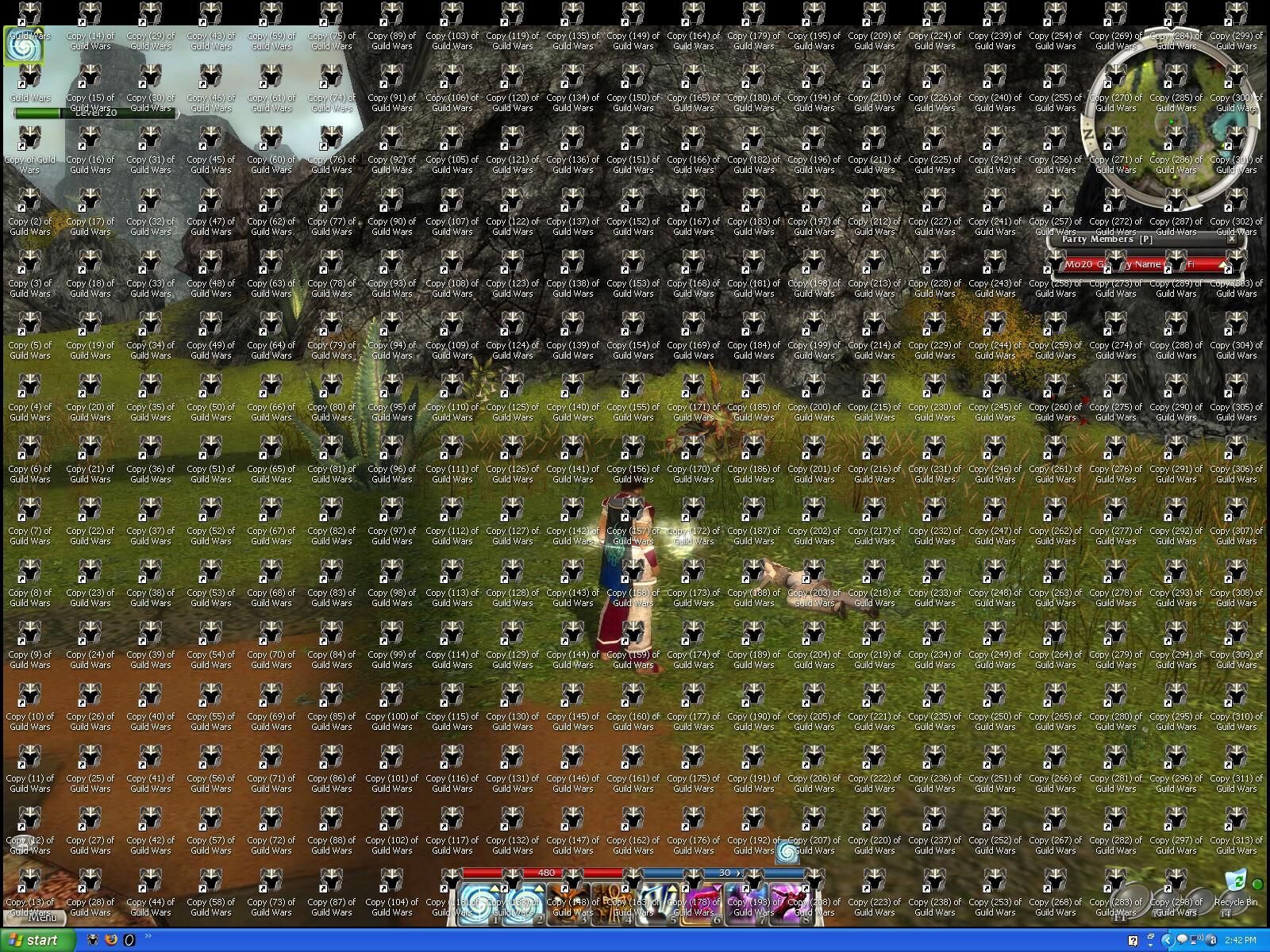