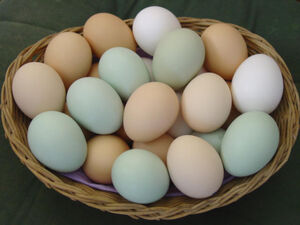 Noticed the message on your userpage...

Assassin heroes tend to fail with basically anything that uses daggers, from what I've found; namely because of the crappy way they handle dagger attack chains. Aside from Barrage though, I've stumbled on a few working designs. (you'll have to decide for yourself how effective they actually are.)

I'd list the other builds I occasionally use, but those are Critical Barrage and Critical Interrupter. Both of which involve bows.

And as a bonus, I've got a unfinished test I was running a while back, here. It was a list of Assassin skills the Hero AI can use correctly; it's short (sadly), but still helpful. --

I don't think they do. They wouldn't handle Moebius/DB, at least, because they'd always wait for the foe to be at 50% or less health... I test on the dummies on isle of the nameless (lock target and see how quickly the hero can use its skills by itself), so it should be simple to test. --

EEW.
I tested it; Golden Phoenix Strike, Death Blossom, Moebius Strike (with Assassin's Remedy as a trigger enchantment). Worked perfectly; Zenmai cast her stuff before engaging, ran up and used Phoenix, used DB a second later, waited for about two seconds and fired off Moebius (actually used it with the foe's health above 50%). But - and this is a big but - she didn't use Death Blossom again until about fifteen seconds later. The rest of the attack chain had already recharged by then. >.< So Moebius is a no-go. --

Damn 71.229, you made me go and test all my builds. =D
Anyway, Siphon Speed still works perfectly in the Promise build; with the hex-requiring attacks in the bar, the hero will use Siphon right off the bat, and quickly follow it up with Black Spider and Twisting Fangs. Given a little time, he/she will use Black Lotus too. And when Promise fires off, Siphon Speed gets recharged, so that doesn't even matter either.
Scorpion Wire also works, simply because it's in Deadly Arts, and heroes use it without a second thought. Mark of Instability, on the other hand, does NOT work; rather then cast it, then do the chain, they do the chain, stop before the dual, then cast it. Which, of course, never happens if the off-hand attack requires a hexed foe.
Alright, and I'm done now. I will say that the Critical Scythe build is the better of the two IMO, simply because it has healing, the hero uses the attacks as they recharge, and the hero maintains all the enchantments without even thinking about it. Not to mention, the DPS is nice, as is the instant DW and bleeding and occasional AoE. They only use Death's Charge as a self-heal though, I think. Death's Retreat or Return would also work in that case, or just a different skill altogether.
Oh, and a last note. Glue Critical Eye to your hero's bar, because it's one of the skills they always use to full effect. They keep it up in battle, and it makes up for their lack of energy management skill. --

Heroes are so bad with AP =/ And the need a 75% block or else they're squishy, so I was thinking about Flashing Blades or some other skill that's required so they don't blow up. — Rapta

If only they didn't waste Critical Defenses by using it to far ahead of engaging... >.<
But Flashing Blades might work. I really like how well they handle the off-hands that require Hexes/Enchantments, so you just need to find one skill they'll keep active, and let them go nuts with a two-attack chain. I've even had success using Locust's Fury and no attacks, to keep them going at full speed (just need to find a use for all that speed). Yeh, I'll continue this on your page seventyone, I could use a bit of a project like that. --

Deleted a build I was moving xD

Meh, you just deleted some guy's build that I had just moved from his userspace... I was probably doing it wrong anyway, though. Oblivions Heart 22:00, 20 May 2008 (EDT)

It's at Build:E/any Searing Support. I moved it to the proper namespace and deleted the redirect. — Rapta

Ah, so I WAS doing it wrong. You actually edit conflicted me removing the redirect, though. I'll go tell him where his build is. Oblivions Heart 22:02, 20 May 2008 (EDT)

Thanks for putting ur foot down :) Riff

I suck at WikiCode, so you mind fixing the Featured PvP section? I undid the vandals on the PvE section, but I didn't see what was wrong with the PvP section. Have fun! --

What are you talking about? — Rapta

It was broken for me atleast, guess it was fixed. --

You moved it to trial because Temple and GSS are to different. I understand that but they both can do the same thing, Daze, and that's what they are for, Temple has the shorter daze but has an extra cover condition. GSS has the longer daze + shorter recharge. Both of them can be used to the same effect. So I am moving the build back into testing. Frost eeeeeeeeeeeeeeee! 17:48, 22 May 2008 (EDT)

Put the better one in the slot. — Rapta

I think there was an "I'll Save You!" A/W that used the same concept. Probably got trashed as you don't want "Save Yourselves!" on a frontliner or the frontliner just kersplodes. -

There's this build that got voted only decent, but that's probably because Auspicious Parry is only a decent elite. -- Armond Warblade

I know there was a Locust's Fury PvE Sin build that was deleted a while back (that used SY!), not sure about an A/W that used MS/DB though.

Well, it may not have been, I just looked through the last 1500 deleted builds or so.

I guess I can understand that if you fit SY into that build. First of all, didnt even think to look in the A/any section while looking before posting the build. Just skimmed to try to find any A/W SY sin builds. Still I think that mine was a big enough change to warrant a new build, but I can settle for this. --

We need at least one good team build that uses a million physical buffs, and I don't really care for any of the currently vetted team builds that use multiple physicals. Moebius Way wasn't perfect; it was far from it, but we could have fixed it up. >.> -Mike 18:04, 25 May 2008 (EDT)

Also, why must all balanced PvE Teams be deleted, while we have crazy amounts of PvP teams which are almost similar? I can see 6 TA teams just based on condition pressure, where 3 are based around Daze, 2 use EDA blind-bots, 1 uses a Blinding Surge blind-bot and 5 use just some (slightly different) ways to spread poison, bleeding and/or disease. --Sir Bertrand 10:29, 26 May 2008 (EDT)

Some teams should be deleted, but not without a concensus on the Talk page. The idea wasn't generic, and the team was solid. Deleting it was stupid. Reach a concensus with other users instead of just randomly deleting it. --

Agreed, but I dont think Rapta will listen. ---

And this team requires a specific setup? Anyone can run Moebius Assassins and be effective. The idea was generic, and the remaining team was a random mix of Physical buffers + monks. Also, comparing PvE builds to PvP builds in such a manner is a poor argument. — Rapta

Little late here, but I think consulting the talk page first would have been a better idea. Not right to destory a perfectly decent build without a valid reason. Azulaarance 12:58, 10 June 2008 (EDT)

So, this dropped from a random monster in Factions today:

Any good ideas for a build? — Rapta

You deleted my build (The ghey W/A), I saw this and think this is why "A build that you have found to be good for the specified class, but fails to do its job better than any other class, its not a good reason to make such a build, especially if there are much better things that class could be doing." I am guessing that was the reason why, well it has a 4 second kill, on par with all assassins, it uses an unconditional KD, something most sins can't use, and it has more survivability with 80 armor. And well, could have said it the build talk in was bad, it was just gone, iy made me cry :'( /FrosTalk\ 18:20, 30 May 2008 (EDT)

The exact build was posted many times and deleted. — Rapta

Can I make love to you?

Might I asked why u moved my build to a different place?

Because generic names with "way" are pretty bad. — Rapta

i was being serious --

List of random, stupid gimmicks that people should stop writing

How about deadly arts spike builds using elites other than shadow prison? --

Yeah, sure. Edit it yourself, guys. — Rapta

Retrieved from "https://pvx.fandom.com/wiki/User_talk:Rapta/Archive_11?oldid=833575"
Community content is available under CC-BY-NC-SA 2.5 unless otherwise noted.