In the intrests of getting pvx closer to a modern revision, I will write up some of the most common metas atm, as well as any builds users specifically request. Rawrawr Dinosaur 15:25, 11 September 2008 (EDT)

Only in presence. And occaisonally in scrimmages. -

mkay. Make sure you go buy SWG from ebay or pirate copies so you can play the leetest game ever made with us when SWGemu is done--Golden

Star Wars Galaxies. In its original form it was the best designed MMO ever made. Nothing can or will match it unless they completely copy the game's skill and map systems. And even then it wouldn't have a fraction of what made SWG amazing. Unfortunatly SOE (the company that owns it) buttraped the game in order to make it a wow ripoff. Now the emulator of the game is almost done,. and rawr and I are getting prepped to start up again when it's released. tl;dr version SWGemu roxxors harder than anything so you should play it, i'll write up a whole rant about why it's so fucking amazing later--Golden

If the new Star Wars Force Unleashed game isn't as fun to play on the Wii as they say it is... I will kill people. -

Reinstall SWG from your disks (if you still have them, otherwise just go pirate them off some torrent site), DL the client here, and make an account on the SWGemu forums. Once you have client and game installed, run the client and you should be able to log onto the TC using your forum handle and pass. Create a character and come blow shit up w/ meeeeeeeeeeee--Golden

When do the servers come online? And i probably have the discs somewhere. Ill reinstall tommorow. Rawrawr Dinosaur 17:44, 11 September 2008 (EDT)

All the servers are going to be run by private organizations. So basically swgemu says, okay the cod is done, here you go and run it on your own servers. So if you want you could theoretically run your own private server for just yourself, or yourself and your friends. There's a few big groups planning on hosting on high-end servers with 5k+ members atm, like Exile, Galaxies Reborn, Bria, and a few others I can't remember right now. So it all depends on when the SWGemu guys finish the code, it could be anywhere from a month to 6 or more, they aren't giving any timelines for release atm. But based on what they've got on their TC now all the MAJOR stuff looks done, and it seems like a matter of just getting everything in, finetuning it, and making sure it works okay.--Golden

Hmm. 5k+ members is really nothing; thats gonna be one of my main problems with the new servers. The lack of community (especially considering the pure scape of the game) could really make it worse. Some of the best things about swg were the economy, and at a guess i'd think you need 10 or so times that amount of members to create a stable/good one; with 5k members it'll be fucking impossible to sell everything, and everyone will have full mando without the fact that the sheer number of people made sure that noone ever had more than 1 piece (if they were extremely rich - i was the only person on euro-farstar to ever get a full set, im not sure of other servers) Rawrawr Dinosaur 17:57, 11 September 2008 (EDT)

The way I'm looking at is that at it's peak SWG had about 300k members. If you spread them evenly across all 26 servers SWG had that comes out to about 11k per server. The heviest servers (Bria, Bloodfin, Chilastra) may have had 2-3 times more to that, but I played on a relatively small server (Kettemoor) and the economy was pretty damn active. I'm thinking that having 5k members interested before the server even goes on line is pretty decent. My guess is that that number will increase if the quality of the emulator is good, and as time goes on I have a feeling most of the smaller servers will die off and we'll end up w/3-4 good sized ones. And remember, this is all starting from the ground up, it'll take a while for people to even get to the point where they can craft quality buffs and armor, especially when they won't be able to use the huge numbers of best-stat-the-server-has-ever-seen resources that ended up proliferating a few years into SWG. I'm not too worried, as long as we pick a server that starts with a good sized population and is able to grow and not fizzle out. My bet is playing on Exile or Galaxies Reborn is the best bet, they look like the two most popular right now. P.S. you're gonna have to go imp cuz there's no way I'm playing reb :P--Golden

I beseech thee to write up a rant on my talk about how SWG is good. Both of you, come to that. -- Armond Warblade

My computer says "Death to your sig" cause this is what happens: Error creating thumbnail: convert: unable to open image `/var/www/w/images/1/19/Rawr_Piplup.jpg': No such file or directory. ๔คгк

does so to all images that aren't on pvx anymore. Godbox

Rawr you made us lose. You're a bad leader D: ɟoʇuɐʌʎʞɔıɹ

zzz your monks need to use guardian more. I wanted to run some crap but hawt edenial bar but armond made me go pblock :< --Image:Tab Piplup.jpg 18:12, 12 September 2008 (EDT)

I was c spacing tbh. ɟoʇuɐʌʎʞɔıɹ

ONE AEGIS AND A SNARE ELE IS TOO MUCH LAME DEFENSE FOR BRAVE RAWRWAY. -- Armond Warblade

IWAY lulz. A runner with no base defense at all making it unable to go back and defend base because I could only use 2 skills. ups. Apart from that you had distortion and shit. Godbox

Lol, I ran Distortion because I guessed you'd be running balanced with shock axes or some sort of spike. It's useless vs IWAY. You ever tried using distortion vs 5 pets and 5 wars? Energy goes pretty fucking fast. --Image:Tab Piplup.jpg 09:21, 13 September 2008 (EDT)

I sat in the back and spammed 2 skills. The boringness of it was tremendous. And I can't remember the skill description of Distortion either :/ Godbox

So you have no blue bar tab? --Frosty

So kids, what have we learned today? Mesmers use disortion only against b-strike, spikes or (ranger) interupts, and never spam it! —ǘŋƐxɩsƫ 10:58, 15 September 2008 (EDT)

You need more than one tank (a druid tank and a pally tank do nicely), 33/28 sucks in PvP (no survivability once the healers decide to focus elsewhere/hate you/blow up), fire mages suck in PvP (you'd do better with a 41/x/x lock), and shamen own faces in BGs. -- Armond Warblade

You people and your games that are obviously not Guild Wars D: ɟoʇuɐʌʎʞɔıɹ

10:22, 14 September 2008 (EDT)
OSHT! WoW is such an awesome game because whereas GW got bad balance WoW got absolutely none. Godbox

OSHT! WoW is such an awesome game because whereas WoW has actual MMORPG gameplay elements GW has absolutely none. ɟoʇuɐʌʎʞɔıɹ

The amount of skill involved in WoW is equal to the number of times I've had sex. WoW is 100% about equip. Godbox

I speak with some authority when I say Godliest has had sex atleast seven times. --Image:Tab Piplup.jpg 14:30, 14 September 2008 (EDT)

Well in that case Tab has had sex atleast 15 times :O --Frosty

I'VE HAD SEX TONS OF TIMES! SERIOUSLY WITH LIKE GILS AND SHIT! AMAZING! ɟoʇuɐʌʎʞɔıɹ

just click on the link i posted above...that ahs the rules of the inter webs on them (or one version of anyway.) PheNaxKian Sysop 14:51, 14 September 2008 (EDT)

no need to be a /b/tard. just be a troll on encyclopediadramatica! it's almost the same, but with more rewarding wikidrama!

No. Trolling ED is not the same as being a /b/tard. Specifically, ED trolls are newfags. -- Armond Warblade

^ If you already know the interbutts there's no point in going to ED. ɟoʇuɐʌʎʞɔıɹ 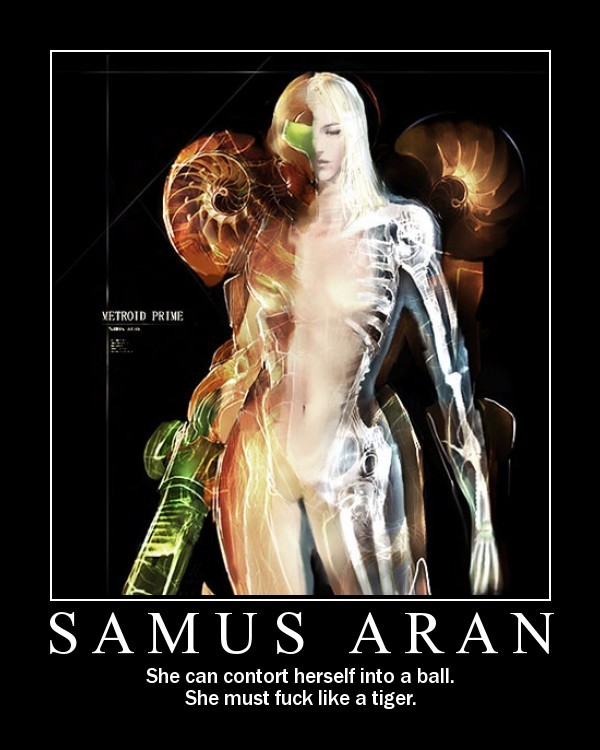 i found you yo sick beetz yo:

Both you and Rob are fgts for stealing my symbol. Still <3 u tho bbz.

Still a fgt imo. <3 Also, Tab is a fgt for the same reason. Fortunately, he's a great necrit, so I still like him, too. fucking fgts. <3

It's on mah freakin' userpage. DannyDeranged@hotmail.com. stop being so baed, Rob. <3 u tho, tabbensmith. Also, Gates gets a fgt stamp, too, now.

PUG-ing Golemspike held halls. If a PUG can do it, so can PvX, maybe.

On a similar note, how bad is this?: 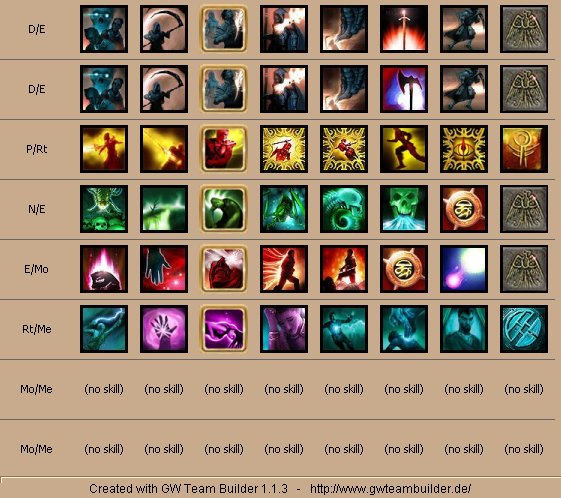 Did you REALLY just put a fast casting elite on an Rt/Me? - Misery Is Friendly

Also tabby poo, non-blatant sarcasm fails on interwebs. Not sure if it was that. I just figured I'd make it as euro as possible.

terribleness in a picture. Godbox

he is the God of our makebelieve religion ofc. 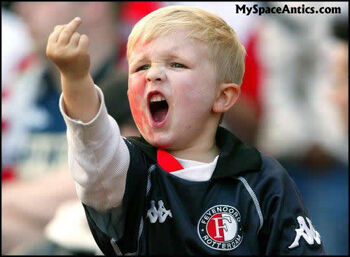 stop self stripping ur SoH

no i thinks ur haxing.

rawr doesn't need hax. gw just does shit for him.

Retrieved from "https://pvx.fandom.com/wiki/User_talk:Rawrawr_Dinosaur?oldid=692994"
Community content is available under CC-BY-NC-SA 2.5 unless otherwise noted.