It was updated a while ago. Have fun. Jebus

Could atleast of made an effort--

i lol'd at smurfs. Jebus

Furv did it first so not as funny--

but frv was frv and its still a custom sig... smurf's is just... out there. Jebus

i had a better idea--

the v section was at least a page width long, but yeah.

grats u won 3rd place, tell me when u wana collect ur reward

soooo, do u want it? if not ill give it to gah (or maybe you wanted teh 30 salmons in runescape)

I only play jailbreak on css and l4d nowadays :p

I accept this reward on behalf of Relykus Maximus

Get in on pc instead

D: mine has 4 gigs ram+dual core overclocked to 2.8gigahertz+nvidia 8800 gtx and im not very rich so you should be able to afford at least some of those upgrades (gtx only costs like a hundred dollars now)

Useful information for you. - Misery Is Friendly

that template is too general, is "this" refereing to anonimus himself or a build

So ive made a build but.. I wonder how to UPLOAD it to the Build Section. Some help would be appreciated.

sign comments with ~~~~. Type Build:Any/Any <related name> in the search field and click the small "create this page" button above. Press the Cap Sig button in the control panel thingy above posting anything. Then see from other builds how you do things, people will tell you the rest. ---Chaos-

Well now, it hasnt been vetted yet. Right now its in the "all trial builds" category, when you move it to testing it can be found in the "testing" categories for whatever it was tagged for (like RA, AB, CM) and if it gets vetted, itll show up there. Jebus

Trial builds dont recognize what category a build goes into, if you look at the Category:Trial Builds page. Jebus

keep in Trial, no use of getting it listed somewhere when it's still all in the phase. ---Chaos-

Btw .. How do you do the tags like RA AB CM HA . I know that. but HOW to do Hero Farming Running etc. if someone can post all those thingies. thannkuuuu

Trolling is where you post comments that waste people's valuable life to read. And you can delete your vote and revote any time you want, a bm will delete it again if its wrong--20pxRelyk_||_I hammers u! 00:29, 18 January 2009 (EST)

Trolling is applied to any1 that does not have left 4 dead, so if you dont have that game ur a troller, so get it now! on pc! and then add me on steam!

i sore on talk page tht u will help ply gill wor if i ask thn coud u pls tel me how ply gill wor??? thx in advanc - gill wor

me no understand. ---Chaos-

"I almost dont use A-rage ever because it deals elemental damage and mobs have high armor rating against that on Hard Mode. Splinter Weapon is probably the only rit buff physicals really need to help blow things up faster. --Anonimous. 19:49, 18 January 2009 (EST)

who was talking about pve? InfestedHydralisk

there's plenty of more to find if it makes you feel any better. ---Chaos- 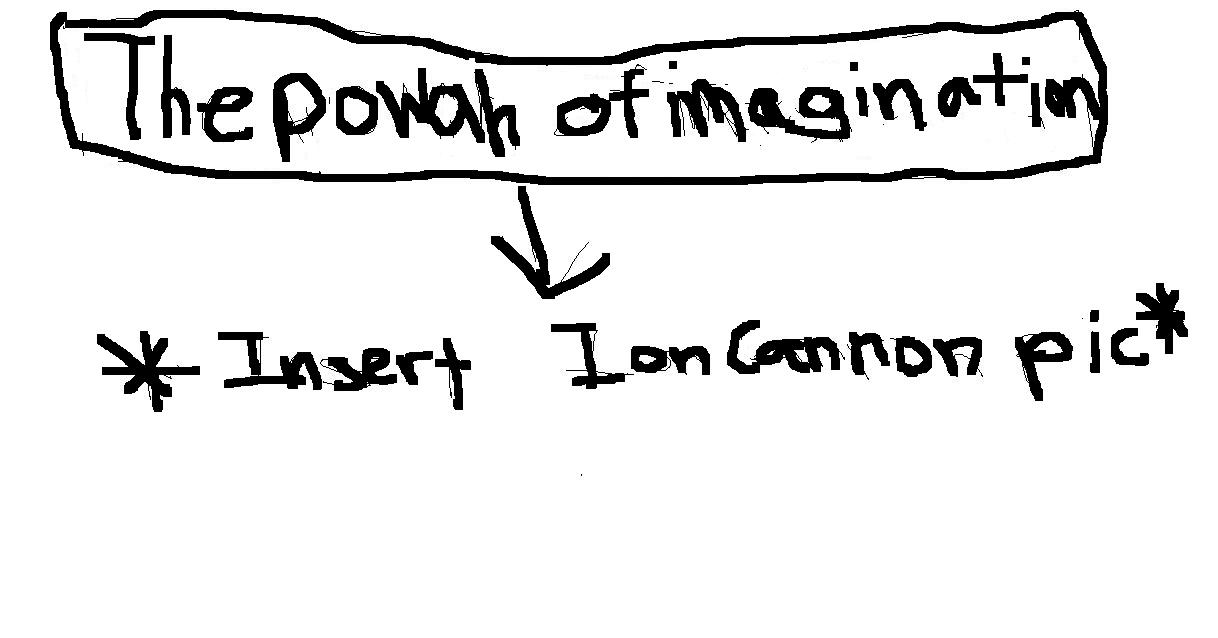 Made it thicker now. Will clean up the small lines spoiling the clean look of the peekture when free.PikaFan19x19px 11:13, 22 January 2009 (EST)

you can use this 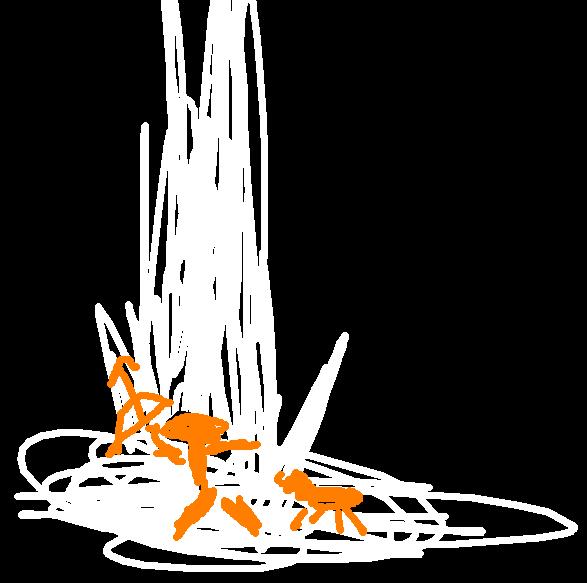 Hitler didn't kill jews. Do we make excuses for him? Jebus

We killed it because we're dumbfucks at hiring good people to carry out our ideas. I think the recent layoffs prove even more that I'm right about that ^.

Stop being a douchebag for no reason

[1] --> It's in his user space, he isn't hurting anyone and I kind of feel like you are just trying to push up your rank on most linked. Please stop this kind of behaviour. -

"You are really good at English" on a page clearly not written in English, what exactly were you hoping to achieve with that comment? As a side note, I am out to get you, you should watch yourself. -

"Your english is amazing" i was commenting on the fact that he is using a different language no one can read, leading to the fact that people probably wont be able to discuss the build, and therefore encouraging him to translate it to english. If he makes a page that i can positively contribute to, then i will be glad to comment on his build, otherwise its not worth the effort--Relyk 17:06, 17 February 2009 (EST)

You can't positively contribute, so you decided to add some random spam? I guess that is worth the effort. +1 mostlinked. I doubt that is for the general community, as far as I can tell he has a series of builds that appear to be in some eastern European language. At first I wondered if he was translating builds so others from his country could understand them, but I didn't look closely enough to determine if this was the case or not. -

^ Damn you Rick Astley! Get off my interwebz!

The only reason im at the mostlinked thing is because im on wiki too much, i always check back at the pages if they responded or not. And i just said it wasnt random spam in the above indent--Relyk 17:17, 17 February 2009 (EST)

Misery is such a good admin. Really. I mean it. Ricky

lol good one comparing yourself to tab ^_^ Ricky

No, but you did call him a douchebag and say he can't contribute positively.

Removing all the crap and cutting back to the point at hand. You commented randomly and obtusely on a new users page who is obviously not a native English speaker in a way that could only be construed as constructive in a round about way and could easily be interpreted in an offensive way. I am asking you to please stop doing that. I am not threatening you. I am asking you. -

His other contributions have been in pretty good English from what I've seen. If he is indeed posting the builds so others can read it, then he can put a notice on the page to avoid confusion from an English-speaking community--Relyk 17:39, 17 February 2009 (EST)

Go ahead, ignore me, see what happens. -

There was no threat there, I'm the friendliest fucking admin on PvX. -

Auron had the final say in banning you, and you were clearly being a douche commenting on someone's english when it's not. It's a userspace, FFS, not a mainspace page, be reasonable even when being a douche.PikaFan19x19px 17:58, 17 February 2009 (EST)

If he wanted any comments on his page, he would have requested it, don't get all presumptuous and troll-bait others for not doing anything to you.PikaFan19x19px 18:01, 17 February 2009 (EST)

That was so random, ha ha. Ricky

Stop fighting. Anger is why we're all angry. :<

I actually don't know why you do not like me, but I thought I would just stop by and say whatever I did to get on your bad books I am sorry for.

wut happened to ur sig relyk, it's all plain now

I mean that you don't start impressive changes of NPA's, but just get involved in a lot of discussions which aren't exactly done for being friendly and enjoying eachothers company. --—The preceding trolling attempt was made by Chaos (talk) . 20:57, 17 February 2009 (EST)

I wouldn't categorize it under arguing, but that happens too. Like whenever either of us responds to the comment of the other. --—The preceding trolling attempt was made by Chaos (talk) . 21:04, 17 February 2009 (EST)

I rarely put much effort in trolling. Mostly always I have serious points hidden in my trolling tho, but I don't make an effort in making them clear. --—The preceding trolling attempt was made by Chaos (talk) . 21:26, 17 February 2009 (EST)

And you fail at conveying important meanings so your trolling is useless gg--Relyk 11:58, 18 February 2009 (EST)

Its only trolling if theres no point, sarcastic comments with abstract meanings are classed as such because theres no point in people understanding them--Relyk 18:15, 18 February 2009 (EST)

you posted this. i was wondering if i could get a copy of the build to see if i could find some use for it in fort aspenwood. thanks

There's no point on posting on the talk pages of atleast 5 people to a link of a trashed build. There's nothing to discuss. I would suggest you stop. --☭Guild*talk* 16:54, 2 March 2009 (UTC)

Idk, I love LP dont get me wrong, but DCfC is very good too. Soul Meets Body is another good song that comes to mind. --

Linkin Park is a flavor of the month imho. I get annoyed by how few songs they have, how they replay them all the time and get all-hail praised. I should remove LP from my mp3 so when people listen to it they find some other bands =/ ---Chaos- 12:39, 5 March 2009 (UTC)

Chaos ur stupid. They have 37 songs across their album and lots of singles, stop listening to the radio and find some real music--Relyk 15:57, 5 March 2009 (UTC)

know if you were only being sarcastic or backuped me in the little argument i had with rawrrawr yesterday, but i saw it as backup so you get a little cookie from me. if you didnt mean it like that you get the cookie anyways, but it will be poisoned with hate, loathing and fear then.

As 71 knows, I like hitting shit with axes, but I prefer the standard bar over that shitty, easily countered by rip enchantment bar. ~ Big

Lol.. what is it? And is it something someone would want to be fantastic in?

Retrieved from "https://pvx.fandom.com/wiki/User_talk:Relyk?oldid=861821"
Community content is available under CC-BY-NC-SA 2.5 unless otherwise noted.