We are not Guildwiki nor are we Wikipedia nor are we Anet. Each and every wiki is different and run independently. —ǥrɩɳsɧƿoɲ〚₮/ḉ〛 20:27, 19 August 2007 (CEST)

Thanks for the comment on my page, hehe. Always glad when people stop by and admire my artwork...

Hmm, frost color you say? Like a Frosty Blue or something? I could probably make a nice effect with those colors... or would something darker be better? --

Hmm, I think I can manage that. I'll get to work on it; I'm planning to go to bed soon too though, but I'll let you know when it's finished.
Oh, and you can continue the discussion on your page right here, too. I always watch pages when I'm talking to someone, so if you respond here, I'll see it just as fast as on my own. :D Makes it simpler if the whole discussion's all in one spot. --

Alright, I finished it faster then I expected. :P The file's kinda large to upload here, so I'll put it up on my deviantART page; I'll make sure to send you a link to it when it's up. I made two versions of it as well; one with Forest green primary and frosty blue secondary, and another one with all frosty blue, because I thought it looked cool. :D --

Its great lol. My friend wants to know if you can make it black and white, matches the laptop exterior. Alright thanks again ^^--Shadow Sin 21:40, 6 November 2007 (CET)

I would guess you have a tank named Shadow Sin. Am I correct? Or is it the other user? Bloodfire

You can keep a +5E sword/spear if ud like, but if you weapon cast then u may as well run 25E. Bassically u need a 40/40 set for any skill that take longer than 1/4 second to cast (altho u should swap for the 1/4 casts to ensure u have enough energy). FOr example you need a 40/40 heal set for WoH, or a 40/40 prot set for Restore condition. For anything that is an enchantment (not patient spirit however) You'll need your 20% enchant mod, so a staff is needed. This applies anywhere (except in PvE i just idle on my swaps, not my 25E set) Hoped that cleared some things up himynameisbobbyjoe 14:15, 4 March 2008 (EST)

I think ya got it right,, i always idle on my 25E set tho, never on my casting sets, but wutever wurks himynameisbobbyjoe 07:37, 5 March 2008 (EST)
HA is just the same, just make sure u have enchanting mod for channeling, HA tend to be more gimmicky tho, so ill usually idle in my heal swap until i start getting rapeed by thumpers and warmongers and dervs etc. himynameisbobbyjoe 20:01, 5 March 2008 (EST) 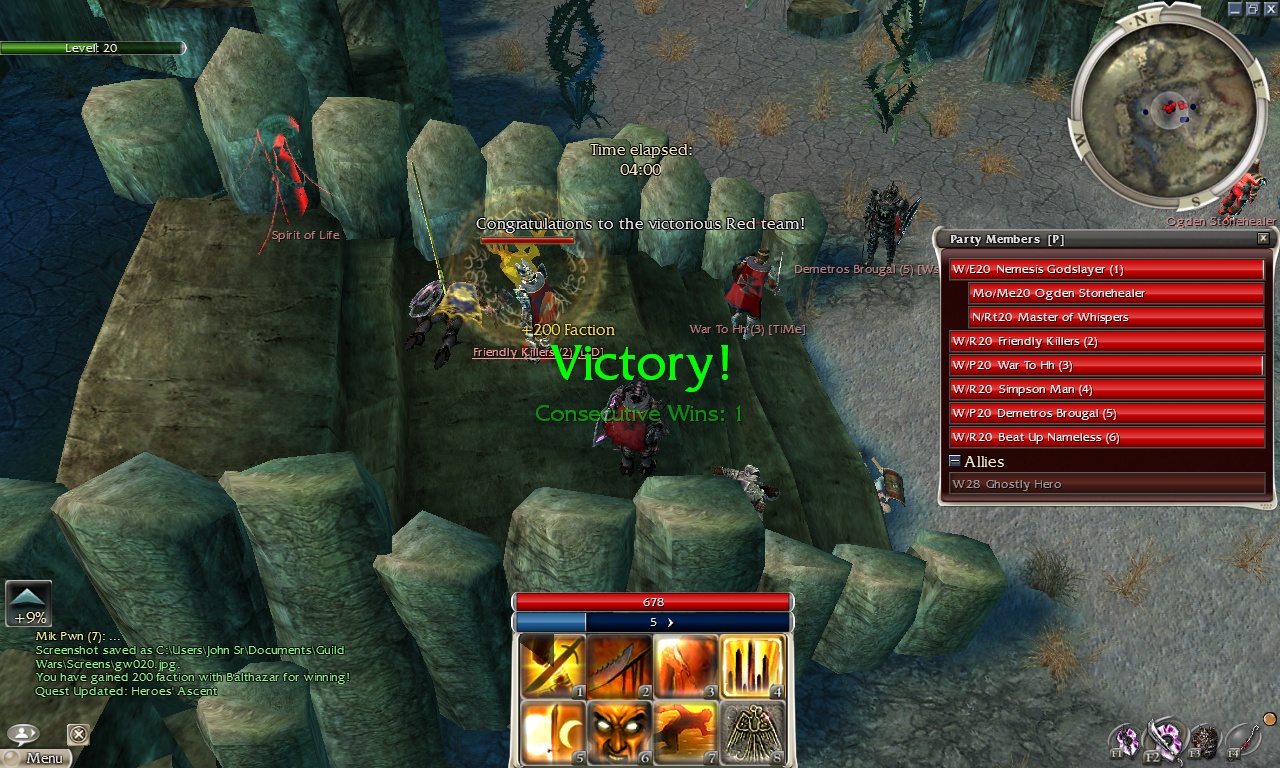 Translation of deleted image so rawrawr doesn't sock again immediately: You are on appear offline dipshit, rawr can't respond to you. - Misery Is Friendly

Retrieved from "https://pvx.fandom.com/wiki/User_talk:Shadow_Sin?oldid=1030820"
Community content is available under CC-BY-NC-SA 2.5 unless otherwise noted.