Archived because your talk was big, <3 you babz --Frosty Mc Admin 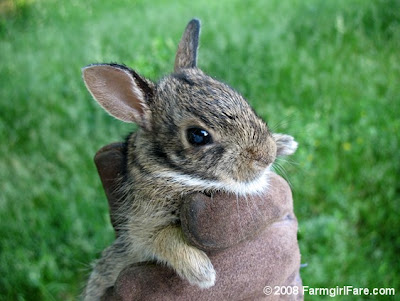 That doesn't make you any less of a massive assfaggot. ···

BUNNIES OMFG I WANT THE WHITE ONE. SOMEONE TELL ME WHAT THAT WHITE ONE WITH BLUE EYES IS CALLED.----ﮎHædõ๘یíɳ

So I thought it would be fun to make a giant list of users from this site with a description of the aforementioned users.

Anonimous Epeens on the fact that he can play pve like a "pro" guildwarzer and is a giant ass fag.
Danny <3 <3 <3 <3 love heem, makes love to the drama llama alot sometimes. Has great taste in bunnies and is the one that constantly drags me back here. There never was a more beastly awesome person.<3<3<3<3
Mafaraxas <3 <3 great guy plays gw like it should be played, like it isnt super srs bsns. lawl.
X is a troll. and also likes to eat bunnies, which makes him an ass fag. No longer eats bunnies.
Frosty wub you babe. Dont forget to hit "indefinate" when you're banning me for npa.
Panic <3 <3 makes many cute drawings and also plays S4 with me much loves.
Big. an loladmin and a black man, but is a great person <3.
Relyk I seriously don't know what's wrong with this kid, it's like he's fucking 5, or maybe just retarded.
Athrun Freya Ninja'd build master for pve, but thats ok because she wants to be an engineer when she grows up so she's fine in my book.
Life Gaurdian Massive faggot who thinks he knows all about pve and epeens over the fact that he can run through pve in less than 10 minutes. No one really cares accept him. Through a series of posts I have deemed awesome Life Gaurdian is no longer a massive faggot.
Rawrawr you still fucking come here? what for? <3 you though.
Misery <3 <3 I don't even know why you stick around here either. Awesome New Zealander who pew pew's at s4 with me as well.
Frv 14 y/o who looks like he's 11, probably shouldn't be admin and is pretty bad at gw.
Pika Fan gotta be my favorite Asian who actually still comes here. POS POS POS. Let the kids out once in awhile though dude.
Armond, YOU SERIOUSLY STILL COME HERE? TIM COME ON!
Pwnagebagel, or whatever his name is. Dunno much about him, he seems pretty terrible at game though.
Chaos messenger, Really stop stalking my page. I don't remember ever talking to you before so why would I start now?
Akio dunno much about you but you like my sig, that means something i guess?
Brandnew, pretty bad at gw or so i've heard but as far as i know doesnt act like a faggot?
Tycn, The coolest Australian I know.
Exo, I think this is rofl lukejohnson who sucks at the game of gw and was in mensa, is also fucking dumb.
Iffy, Sounds like a robot on vent, but is pretty fucking awesome when it comes down to it.
Tab, WHAT THE FUCK DUDE YOU TOO? I thought you quit ages ago.
Andy Another one of the lolpveelitists who is a massive faggot and bad at gw.
Ressmonkey you still come here? pretty decent dude iirc.
Auron, Pretty decent guy, is soooo srs business though, lives in a cave in hawii some where, massively awesome beard.
KJ Doesnt pretend to be good at gw, works with kids, is generally a cool guy. massivly awesome beard as well.

I think that about covers everyone that still goes here. <3 <3 <3 If i missed you soz, was just going down recent changes naming the people that I know. PEACE BABES----ﮎHædõ๘یíɳ

I'll feel retarded if i think its talking about me and its not XD but i'm akio and i liked your sig. so maybe it was a typo. if not ignore this. just never seen an akimo so didn't know XD lol. anywho. goodday to you shadow. ^^ Akio_Katsuragi

also Auron, KJ, Ressmonkey, Athrun, do not talk to me, and yet they aren't faggots. :> ----ﮎHædõ๘یíɳ

X you like to eat bunnies. There is no hope for our relationship past that. I'm sorry :< <3.----ﮎHædõ๘یíɳ

tbh relyk, you used to be an autist. then you raged and learned some things apparently. it's just that you just say really retarded things sometimes and choose poor trolling targets. other than that, you're not half as bad as some of the shitters on this site. ···

You can keep :> I dun play teh gw any more xP, but yes I believe we can start over. ----ﮎHædõ๘یíɳ

i killed pwnagebagle and stole his name

I fucking love that song. :3----ﮎHædõ๘یíɳ

I crashed your firefox misery :> Don't worry It was going to be 4 megs of spam but I couldn't post that much due to page limitations. Get stronger interwebz :O----ﮎHædõ๘یíɳ

healing breeze is a great skill on a PnH bar. don't act like you know anything about arenas or arena monks, because saying its bad on a pnh bar is ignorance. Gringo 01:13, September 29, 2009 (UTC)

No, I'm saying it's bad in general. Unless I missed an update at one point or another.----ﮎHædõ๘یíɳ

I side with shadow. chyea.
Good day to you shadow.

Sadly its somewhat late, and I must say goodbye.

But do not fret, an easy solution, cant you see.

Tomoro is yet another day and everyone will be happ-y. :D

To make this rhyme somewhat more, i'll continue to use "E"

Thoughtfully, it seems in all this time i've liked to use the letter "T"

Idk if that'd count as one as good as Dann-yy... Hell idr everything, just from what you see.
Holy crap oh golly gee im still using that damn "E"... >.> night shadow. there. lol. so, went from a random
person who's been on pvx some who liked your sig to random person who left a poem about er... well. nothing important tO
existance lol. but, ya. and :/ cant we all just get along? use what you want. get flamed later. we all win. So take this as a way to make everyone happier. Akio_Katsuragi

Healing Breeze is preferred on a PnH bar, especially with vig spirit too. ~ Big

I side with big. Feels safer to. breeze is bitchin on the pnh bar that i never run... Akio_Katsuragi

Mending works but isn't as good as Breeze. Mending really sucks in general...unless you are farming for Scorched Lodestones....then use it.--X 10:13, September 29, 2009 (UTC)

Pfft fuck you basement dweller, Vig spirit is better It lasts longer, costs less energy, and has a shorter cast time. To be honest I'm not going to spend any more time debating this with you as it is a waste of it. TA is being removed anyway, and Syncing has been "fixed". It's not as if I'm trying to constantly reapply my vote anyway so I don't see why you care.----ﮎHædõ๘یíɳ

I suppose. When has me bitching about randomers trolling me ever stopped them from trolling me before?Anyway how are you today Chaos? Also are you for srs a homo?----ﮎHædõ๘یíɳ

No idea, but I prefer to appreciate the privacy of those people who request it. I'm the most gay straight guy there is, but my libido is directed towards the gender with breasts and prettier faces. Also, I'm so very fine, we have an exam week going on, so I basically have a week off. ---Chaos is gay - 09:10, September 30, 2009 (UTC)

Retrieved from "https://pvx.fandom.com/wiki/User_talk:Shadowsin/Archive_10?oldid=969943"
Community content is available under CC-BY-NC-SA 2.5 unless otherwise noted.