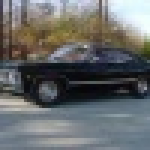 When I said here to adjust the original manly spike I didn't mean just paste your whole build article over the original. Suggest your build on the talk page first before making any major changes to see if people like it. - AthrunFeya

sure. considering that you can't manlyway kath with those tanks. i'd say they should like it. Shadowstar Cometh 16:42, February 27, 2010 (UTC)

Hmm, i'll move that manlyway build to your userspace too so you can work on it and it won't be deleted. - AthrunFeya

well you got indenting and signing right, which is more than most :p here's our User:Athrun Feya/New User Guide if you want a little something to read about how pvx functions - AthrunFeya

Hey, I assume that that's an old account (i use "old" loosely). Can you just let me know which of the 2 you'd like to make your account so I can ban the other (we only allow one account so people don't start misusing our vetting system =p). ~ PheNaxKian talk 12:16, March 5, 2010 (UTC)

scratch that, it helps if I read the whole of check user. Are you wanting to continue with this account, or do you want you're original unblocked (you requested the perma so I don't mind unblocking it). ~ PheNaxKian talk 12:18, March 5, 2010 (UTC)
actually i'll keep this one. Shadowstar Cometh 19:04, March 6, 2010 (UTC)

You aren't ever on when I log on. You should play wow.

Wow dude, that's fucking bullshit. You should try to petition it... I have a conspiracy theory I've been working out; they're banning the best GW players so that they can be lazy asses. My evidence is not factual, although DL was hit extremely hard by this, and you did make kath in 2 mins. Hmm, ANET, WHAT DO YOU HAVE TO SAY TO THIS? But really, I don't really play my xbox anymore, although if I have someone to play with I might. The only game I really was playing online when I quit was CoD:MW2, but that game is really broken.

Also, it's kind of funny, I botted drunkard, although that was a while ago I guess, do you think it could of been because you did the slavers exploit?

Retrieved from "https://pvx.fandom.com/wiki/User_talk:Shadowstar_Cometh?oldid=1094333"
Community content is available under CC-BY-NC-SA 2.5 unless otherwise noted.