Oh, am I going to get to ban people for spam? -- Armond Warblade

That sounds so Latin right there. ɟoʇuɐʌʎʞɔıɹ 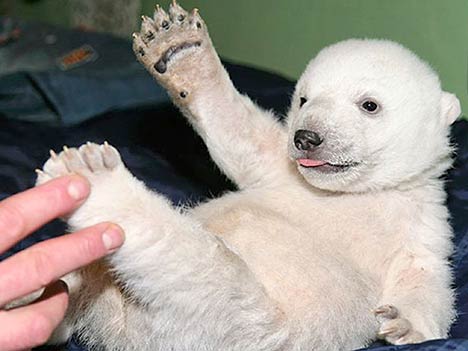 So I hurd u raygd SoD to play with good people who actually do stuff like TA or GvG or HA or even PvE? - PANIC!

People with bad playtimes ftl. I'd be able to guest us the rest if we ever had 4 people on and willing to gvg. --

wurdup. Also, imma raise me an Abomasnow and a big sharky thing. - PANIC!

Synergy's for pussies and faggots. - PANIC!

I wasn't planning on using them together necessarily. Just plan to raise both of them. - PANIC!

Can we do a 2v2 or are the 2v2s only either completely random or between friends? - PANIC!

Unless you mean 2 different people on each team, in which case you can't. --

Need some Fire stuff for level training some pokemon. You don't happen to have like a Rapidash or something do you? - PANIC!

Damn it. Catch a ponyta and trade it to me gogo! I can get you a gible if you want one? I'm hoping to catch a female for teh pokesex. - PANIC!

I have a Garchomp ;o. I'll get you a Ponyta/Rapidash in a bit if you want. --

Meh. Maybe I'll wait and get Dialga. Just about to do that part. That should pretty much raep everything and make level farming a lot easier. - PANIC!

If I'm on just ask me; IGN is Wub Mc Box. Godbox

genuinely, i do not no. I could not decide whether to attune hunt or channel hunt. They would of been able to spamdefence either way <_< —The preceding awesome-sauce comment was added by Rawr. 14:28, 24 June 2008 (EDT)

I disagree. Frozen Flames = More AoE Damage + better snare + more damage overall. it does have its downsides though, like the GoLE, and the fact that the damage is delivered in packets instead of one burst, but still, imo the frozen flames variant should still be added and still kept up there, please state your reasoning of deletion.--Rella 16:35, 24 June 2008 (EDT)

For voting on this. Everyone just keeps complaining on how hard it is to get rank 9 or 10 in dwarven. --

In particular, I know you're not 100% on separating good builds from bad. Don't fret! I'm here to help. Just msn me for some pointers. You'll learn the ropes eventually. —ǥrɩɳsɧƴɖɩđđɭɘş

Chill out. DE didnt say anything so i will. Igor got perma happy now? You nd on the AN was just ridiculous.--

Actually you were pretty harsh to igor. He took it a little too far, but you were just obnoxious.

Do you feel the need to comment on everything you see in RC? Shut the fuck up already, the wiki was functioning well before you were unbanned for no reason, now the apparent amount of complete stupidity is really bringing this place down. — Skakid 20:21, 27 June 2008 (EDT)

Please show me where I contributed to the drama on the noticeboard. --

/cough. It may have not been on the noticeboard, but Igor was making Pokemon related comments until bad things happened, most noticably by others on the Wiki, not Igor. --File:GoD Wario Sig.JPG*Wah Wah Wah!* 12:36, 29 June 2008 (EDT)

That's a seperate incident to the permaban. --

Point being? Me and Igor both got one day for it, then a seperate incident started on the noticeboard, which I had nothing to do with. --

Im sorry i included your name but ska did provoke igor. Ska's NPA, and cursing here and there wansnt exactly nice, and DE or Rapta didnt say anything bout it.--

I wouldn't be suprised if Skakid has been warned via other means such as MSN. --

No. I doubt it. Nobody else warned him. honestly if thats not ban worthy then where the hell are the admins?--

I've not bothered reading most of what went on, but from what I've gathered, Skakid told Igor to shut the fuck up, which while rude, isn't in violation of policies. Igor's ban was for repeat offence after his unban and final warning. --

"Skakid told Igor to shut the fuck up, which while rude, isn't in violation of policies." IT acutally is.--

It's already been said on the noticeboard discussion by admins that it isn't a violation. --

yeah but what did igor do jw.--

Maybe you should read what happened on that link, Cross. The drama there wasn't related to his pokemon comments. - PANIC!

I did. It was Ska vs igor. Ska wins bc hes so elitist. Sha was cursing and offensive and Igor was like "yeah but"--

er.. wut? I'm talking about Tab vs. Igor on Poketeams. See how I mentioned Pokemon up there? And the link that you posted to my page? - PANIC!

or rather the one GoD posted. - PANIC!

Retrieved from "https://pvx.fandom.com/wiki/User_talk:Skakid9090/Archive_3?oldid=1035219"
Community content is available under CC-BY-NC-SA 2.5 unless otherwise noted.