Well so does life; it isn't the end of the world though (or so it may appear...). Izzy sucks at game balance, has sucked in the past at game balance, and going on a distinct pattern: Will continue to suck. Nothing we can really do about that, can we? Now onto the topic of build comments, it is perfectly fine for you to think a build blows. Tbh, I think most builds blow. However, I have a "Don't ask, don't tell." Philosophy. You should probably adopt it m8, works like a charm ;). Finally, pm me sometime ig, I need some help killing Factions and w/e ;). Readem (talk*pvxcontribs) 23:07, 17 August 2007 (CEST)

If you're available, assuming you have MSN messenger, could you get online, I'd like to have a chat with you if I could.

Skakid, dude, really you are taking this way too personally. No one is trying to "Keep you down". It comes to this man, Brian and I, are possible Demotion Candidates. Brian is gone for Edru, and when and if I get demoted you will immediately take my place or someone else's. So stop over reacting about nothing, and continue being the good contributor I know you are capable of being. Besides, ask any of us, it is not a significant achievement. It is more like a job we take because we care about the Wiki's well-being in our own unique ways. Don't think of it as a Rank, or it will just go to your head. Now I want you to be an Admin, I feel you would do a good job, and many others believe that to be the case as well. Don't make me, or anyone else, regret our decision. Feel free to talk to me in-game tomorrow if you have any questions m8, but for now I need some sleep. Ty for listening. Readem (talk*pvxcontribs) 07:19, 18 August 2007 (CEST)

=)
(re: User_talk:BlueNovember).
I just find it amusing how people here, as well as on the official wiki, put messages saying "I am so and so from guildwiki". Yeah, erm... and we know that how? =). The use of claim was just to asert the unjustafiability of said statement. But yes, I cannot be trusted =)
--BlueNovember 20:12, 18 August 2007 (CEST)

That's seems like a somewhat drastic change to it. You sure about making it? I personally suppport the change, but still... Seems a bit drastic of a change to make with almost no discussion about it. --Edru viransu//QQ about me 23:23, 18 August 2007 (CEST)

it was srsly outdated and needed change. if there's any objections i'm sure theyll show up on the talk page =). oh, can you remove some of the votes that say no energy management and stuff? soul reaping + SoLS is all you need... — Skakid9090 23:29, 18 August 2007 (CEST)

There's only one vote like that, by User:Ifer and I'm not quite sure if it should be removed, so I'm not going to remove it, for now. I'm currently thinking about whether the changes warrant removing all of the votes and moving back to testing, though. --Edru viransu//QQ about me 23:36, 18 August 2007 (CEST)

Dude, remember my "Don't ask, Don't tell" Philosophy? It also applies here. Though the user/anon may annoy us, we are limited to a certain extent unfortunately :/. You can say he is an Idiotic Vandal, because he is an Idiotic Vandal. Now if he was an actual giant floating Douche...then I guess it would then be appropriate. However, all evidence we have points to the fact that this is not true :P. So either collect startling evidence proving he is an absorbent pad, or simply calm down a little, and get the satisfaction of him inevitably getting banned. Your move. Readem (talk*pvxcontribs) 05:22, 19 August 2007 (CEST)

I got a picture of him, it should be proof enough. 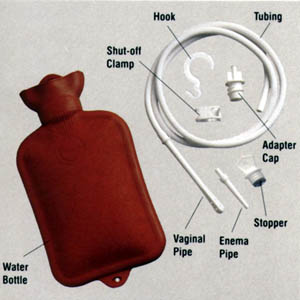 if you look the Ra bonder, you'll see that is a really cheap build, and my mine do not have the same name and the same elite. please do not send me message like that. —The preceding unsigned comment was added by Hroatgar (contribs) .

Just leave the Bonder alone, it's fine as is, and, more importantly, it's vetted as is.

Your vote on it was removed due to PvXwiki:Real Vetting briefly forbidding author votes. For the moment, the matter is undecided. Feel free to vote again on the build. --Edru viransu//QQ about me 05:15, 22 August 2007 (CEST)

r u caling me stoopid for not being on ur fancy userpage. ive got enough brains over on that guild wars game htingy to get my whammo to lvl 20. took me a darn long time. factions takes so long to level them characters up.—

Retrieved from "https://pvx.fandom.com/wiki/User_talk:Skakid9090/Archive_5?oldid=524939"
Community content is available under CC-BY-NC-SA 2.5 unless otherwise noted.