Firsting is a divine right. Never will it be trolling. ---

god i have an awesome screenshot of me yelling that retarded "hey luxons alt-f4 for tactics screen" joke and then someone immediately leaving the game.--Reason.decrystallized 18:49, 26 June 2008 (EDT)

And we are awesome. Don't forget that part.--

SECOND! or wait... what were you talking about? Godbox

It actually works XD Magehunter strike has 3 sec recharge. U'll be spamming that and prot strike. Just thought you'd like to hear.--

Doesn't matter. You have one less knockdown and no enraging charge and you give up that KD for...critical hit percentages?--

If you spam Magehunter Strike and Protector's Strike you do. And that build got much faster adrenaline gain than any other hammer warrior primary got. Godbox

I thought 2 KDs was enough... It still works in RA/AB and that crap cause of good DPS. You wont be knock-locking tho. Which isnt needed in RA/AB. Anyways, a sin with a hammer is fun >:). Doesnt replace a hammer warior, it just happens to be using a hammer.--

Coming back today. One of the worst vacations i've had. Family went to the beach nearly every day, i got sunburned the very first day and didn't want to go the rest of the week, so i stayed at the rental house and watched g4tv... =\. Not much of a vacation... other than the fact that we don't get G4 at home so I got to watch it here... whatever, happy to be coming back home. --

I stayed home...did barely anything and got Vorison Cable + G4tv =D--

It's spelled Verizon, you idiot... BTW my family could get G4 but since it moved channels we have to pay extra for it, and my parents would pay the extra like 5 cents per month for it but I just haven't pushed it on them cause I'm lazy... But I'm going to do it this weekend because they're broadcasting E3 '08 on G4 starting Monday and I wanna watch that. :D --

Did you finish your book? You must have or else you wouldn't be on the computer, unless your parents aren't at home or something... --

They found me another book, surprisingly it's good, so as long as I read every day I'm fine.--

Aha. I'm reading a halo book, Halo: Ghosts of Onyx. Half way done so far, it's really good actually. What book did you find? --

=/ I actually remember that too. The nerf really sucks in PvP, too bad it hit runners too tho. --

ooo yeah i remember that. I'll give credit.--

Yay, you are finally making your user page elaborate and well designed! Needs more color though, IMO. GJ so far, though. --

Lol too totally different games but yeah I loved it. I kinda liked MGS3 better tho story wise.--

Same here. I just love Ocelot + Snake and Eva + Snake, not to mention a lot of the stuff in MGS4 made absolutely no sense to me and some of those picture cutscenes were waaaaaaaaaaaaaaaaaaaaay to long.--

Fallout 3 is gonna be better...

Vote on my build

Sure, Imbagon's better, but that's not designed to be an Imbagon. Maybe add a little constructive criticism to the build discussion page. Crimson 15:38, 15 July 2008 (EDT)

how about, "by using 'save yourselves!' for spear of redemption, you could turn this mediocre DPS-er into the most broken build in the game"?--Reason.decrystallized 16:24, 15 July 2008 (EDT)

Pretty much what I said.--

i r a gud asasin

Meh, that shit quiz is from so long ago. I'm sure like half of it was completely false stuff.--

Actually, yeah it is. That cape is my old guild's IoS cape, which disbanded about a year and a half ago.--

Lol and it's Surviving Sin, whom you deleted like a year ago as well--

Wild guess,you are a fat,balding man of 40+years. You don't have a job and live in your mom's basement where you spend the majority of your time stalking the IP addresses of various PvX wiki users. Psychiatric Consultant

Actually no. I'm 16, live at home still, have all my hair, I work at burger king, live in my own room and spend most of my time on either GW or at a friends house. Only reason I came to your user page because I didn't recognize your username when I saw your vote on the FoW Warrior Runner, and based on your name and icon, thought you liked mesmers and ritualists. Oh and trolling is bad.--

Hmm.....well...it seems I was mistaken. I submitted a me/rt build not to long ago under a different no longer used pvx wiki username. So I thought you had (somehow) seen/obtained the IP address of my old username and were very proud of urself for figuring out we were the same person. Thus, you smugly posted on my userpage about me liking mesmer/ritualists. I thought you were one of those people who were paranoid about people having multiple PvX wiki accounts, thus in annoyance I posted the above comment on your talk page.(Also it was REALLY late at night were I live so I probably wasn't thinking clearly) Assumptions ftl right? Well, I really do apologize for making assumptions and yes, I do like mesmers/ritualists.:p Psychiatric Consultant

Looking back on this again, I must have been REALLY tired to make that kind of a jump based on the evidence....ah well,everyone says/thinks/does/tries to do really stupid things sometimes including me . :) Psychiatric Consultant

Might be inferior to a Ranger, but doesn't deserve a 0-0-0 at all. ɟoʇuɐʌʎʞɔıɹ

With Critical Defense or something it's even got better survivability than the avarage Barrage Ranger. ɟoʇuɐʌʎʞɔıɹ

I wish I could give it negatives tbh.--

It's a good hero build, and doesn't deserve such a low rating. However I do think the article needs more work because Shadow Refuge is pointless. Selket Shadowdancer 12:14, 24 July 2008 (EDT)

Apart from it being the only workable Assassin hero build that doesn't require oodles of micromanagement? I'm changing my vote because I don't think its great anymore, but it's definitely not trash, just dated. Probably needs archiving more than anything else. Selket Shadowdancer 12:21, 24 July 2008 (EDT)

Heroes run scythes all right. not as well as a human because no critical agility or Aura of Holy Might, but at least they don't epically fail.--Reason.decrystallized 14:32, 24 July 2008 (EDT)

There really is no reason to run it at all. Moebius does more damage, WS does more DW AND more damage, RS does WAY more damage...all assassin builds beat it even if they are all melee ranged. And the Ranger version kills it since rangers have access to secondary and the energy management is the same.--

On Gameamp is epic. I added that to my favourites because it is going to help me out loads because I just rolled a Monk for PvE (and later PvP once I get Monking experience). Nice work mate! :) Selket Shadowdancer 12:11, 24 July 2008 (EDT)

Lol I totally forgot about that thing. Gl with the monk.--

I actually found that PvE is a good place to practice if you take it more seriously than you have to.--

Yeah a few of my friends have said the same. So I'm thinking of basically completeing all campaigns first before even thinking of hitting PvP. Selket Shadowdancer 12:19, 24 July 2008 (EDT)

=/ looking at it again I wish I could fix a few things.--

Never got around to readng it tbh. I only found the monk guide cz a guild mate gave me the link as I was asking for advice with weapon sets etc. I'm going to copy and paste it into Word and save myself a hard copy if thats ok with you? Selket Shadowdancer 12:26, 24 July 2008 (EDT)
(ec) mmhmm. I'll be beating myself up about the errors in the assassin guide. brb.--

So I ordered Oblivion.

(for the PC) and it's coming some time this weekend, hopefully. Ordered it on Wednesday, so it should be coming relatively soon.

I had more fun modding Oblivion and using Blender to render custom armor and weapons than I had actually playing the game. It's good fun, though. - PANIC!

Can't wait to be able to have a meteor spell in Oblivion :D--

I got a new computer today, so i'll be able to play it for the first time ever. looking forward to it, actually--loved morrowind, this should be fun, too.--Reason.decrystallized 10:33, 25 July 2008 (EDT)

I have never played an Oblivion game on the PC. I liked Morrowind on the Xbox and Oblivion on the Xbox 360 though, I spent hours playing those. Selket Shadowdancer 13:19, 25 July 2008 (EDT)

HAY. Oblivion works like shit on my computer, when can I come over your house so we can install it there? Oh, and I'm gonna try to get my sister to switch computers with me cause she doesn't need the better computer (she doesn't play any games).... yah--

Why would you buy a single player game for pc? –Ichigo724

cause, oblivion for pc is amazing... you can do so much stuff, and get mods for it... just click the links above and you'll see, none of those things are in the actual game so you need to have a pc to get them.--

Oblivion freaking owns. Glass armor owns. Too bad my guy had 100% Chameleon constant effect. And some people get it for PC because they don't have an Xbox 360. =D Invincible Rogue

"HAY. Oblivion works like shit on my computer, when can I come over your house so we can install it there? Oh, and I'm gonna try to get my sister to switch computers with me cause she doesn't need the better computer (she doesn't play any games).... yah"-- 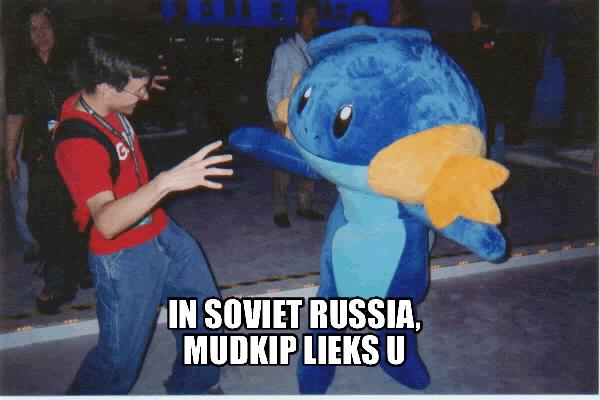 Holy shit, that mudkip has a HUGE head.--

there was a kind of vote whipe at this build http://www.pvxwiki.com/w/index.php?title=Build:E/A_Fiery_Promise&action=rate because the build setup is changed a bit to make it lots more effective, maybe you could vote again (you need to delete your old vote for this :) ?robertjan 07:28, 30 July 2008 (EDT)

Sorry for calling you a flamer xD! You reminded me of somone I hate o.o! Anyways Thanks for the welcome back!

Retrieved from "https://pvx.fandom.com/wiki/User_talk:The_Gates_Assassin/Archive_Three?oldid=659223"
Community content is available under CC-BY-NC-SA 2.5 unless otherwise noted.